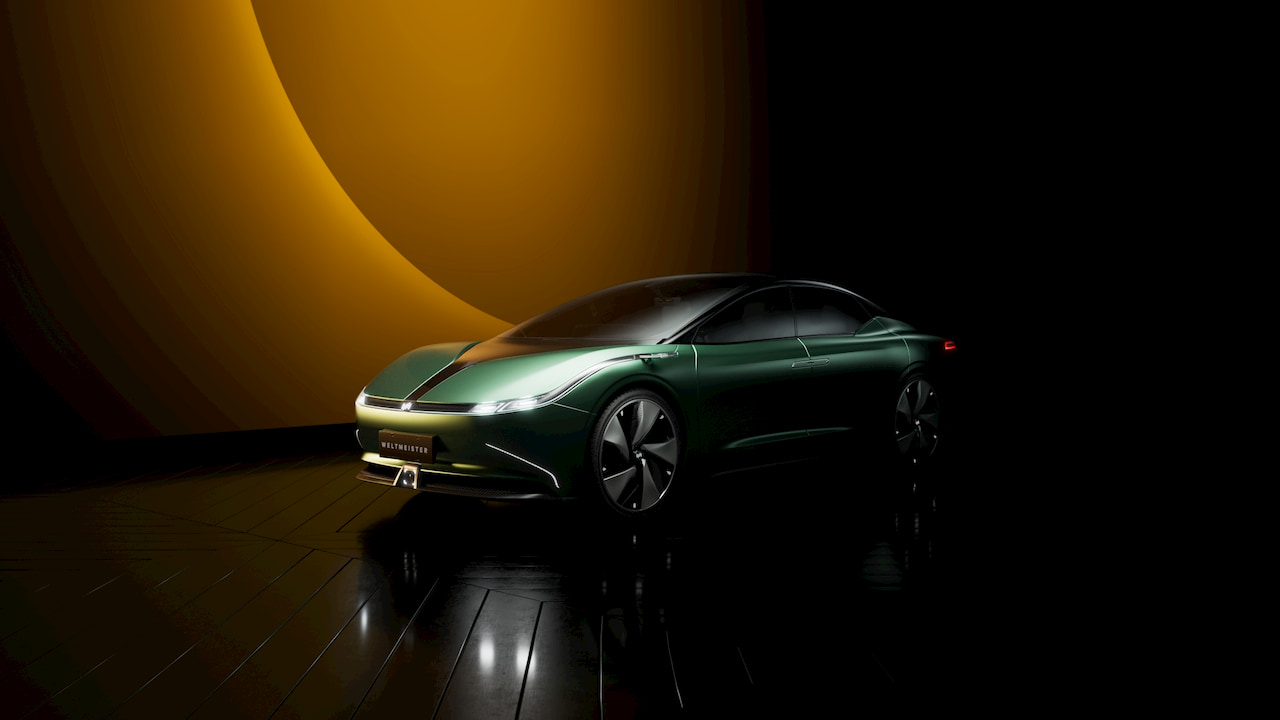 Chinese EV brand Weltmeister’s next electric car has been previewed by the Maven Concept with a range of 800 km per charge.

The Maven concept car will lead to the first electric sedan from Weltmeister which has electric SUVs in its portfolio, that are only available in China. Apart from the 800 km range (NEDC cycle), the Maven is expected to be equipped with 5G connectivity, Level 3 autonomous driving and Level 4 autonomous parking capabilities. The pictures show a coupeish-sedan with sleek LED headlamps come with DRLs that are extending across the width of the bonnet and to the wings. Weltmeister says the streamlined roof and dynamic tail has helped in achieving a drag coefficient of 0.23. We can see suicide doors for the concept but the production version which is reported to launch in 2022 will make do with traditional doors. The wheels also have an aerodynamic design to improve efficiency.

The interiors of the concept show a wide transparent digital screen; it’s a single unit that connects the instrument cluster and the infotainment system. The transparent screen could be a concept car gimmick as practically it is harder for them to work in the real world. Apart from the wide screen, the dashboard is devoid of any physical buttons and as a clean layout. There’s also a second screen below in the centre tunnel that can be used for controlling the HVAC system and other functions. Weltmeister says the Maven marks a new era of intelligent cockpit as controls are through voice commands, gesture control and biometrics.

The Maven is equipped with the ‘Living Motion’ electric drive system, ‘Living Engine’ interactive system and the ‘Living Architecture’. The interior comes with a high-definition car entertainment, high-precision map access, and V2X tech.

The company’s latest model is the EX6 Plus that is built on the EX5’s electric platform. The EX6 Plus is powered by a 69 kWh battery pack and makes a maximum power of 160 kW and peak torque of 315 Nm. It can go from 0 to 100 km/h in 9.5 seconds and is available in 5-seater and 6-seater configurations. The battery can be charged to 80 per cent in 35 minutes with a DC fast charger.

Video Courtesy of the EX6 Plus: China Auto Show