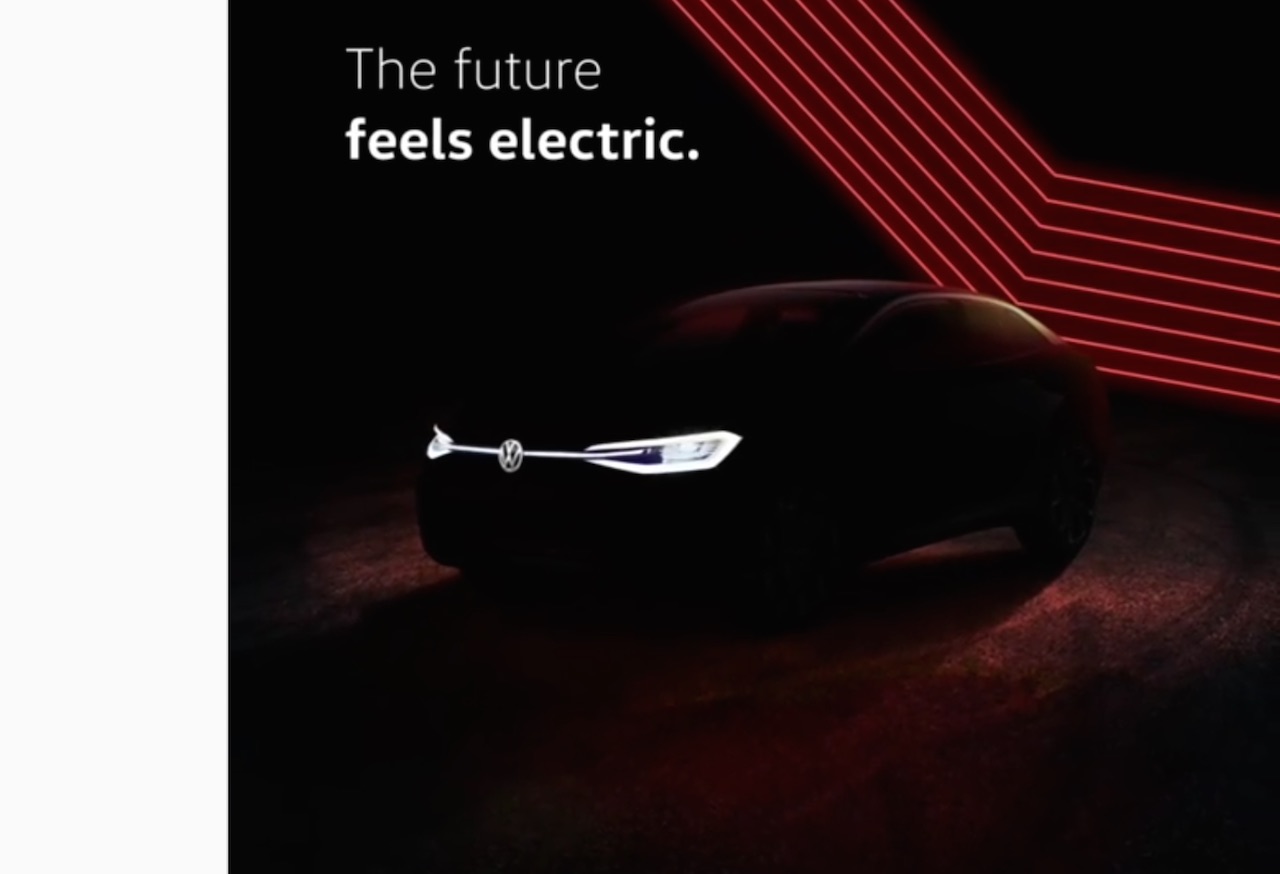 Volkswagen India has confirmed that the I.D. CROZZ will be displayed at the Auto Expo 2020, which starts from February 5th, 2020. In the latest, the company has released a teaser of the car on its Instagram channel.

The electric car will be among four SUVs that Volkswagen will display including the T-ROC, Tiguan AllSpace and the new A0 SUV, which will rival the Kia Seltos and the Hyundai Creta. The SUV-heavy focus is part of Volkswagen Group’s India 2.0 project.

First showcased in its concept form at Auto Shanghai 2017, the production version of I.D. CROZZ goes on sale this year. The production version of the I.D. CROZZ will probably be named as I.D. 4 and was teased by the VW’s Chinese joint venture last year. The SUV is part of Volkswagen’s electric carline that will have 23 models by 2025, and will enter production in Germany and China this year, followed by the USA in 2022.

The I.D. CROZZ is based on the Modular Electric Drive Matrix-like all other I.D. cars. It is powered by an 83 kWh battery back driven by two electric motors on each axle. While the front gets a 75 kW coaxial drive motor, the rear gets a 150 kW motor for a total output of 225 kW. The I.D. CROZZ will have a 500 km driving range and can be charged to a full 80 per cent in 30 minutes with the help of a 150 kW DC fast charger.

During most of the time, the rear axle alone will provide the power and when there’s a need, an electric propshaft gets the front axle into action by redistributing the power, thus activating the 4MOTION all-wheel drive. The I.D. CROZZ can be also be driven in an all-wheel-drive mode constantly on off-road trails or snow.

The design of the I.D. CROZZ relates to the original Volkswagen Beetle with the smooth, grille-free front. The platform uses a battery tray in the floor of the car to maximize usable volume and has a 48% (front) to 52% (rear) weight distribution. The car also gets a newly designed multi-link rear suspension and a new MacPherson front suspension, both of which are equipped with an integrated drive system and a decoupled subframe.

The I.D. CROZZ will act as a technological showcase of Volkswagen’s capability in the EV segment and a launch in India is unlikely. The global premiere of the production car is expected at the New York Auto Show which opens 8 April for the press.