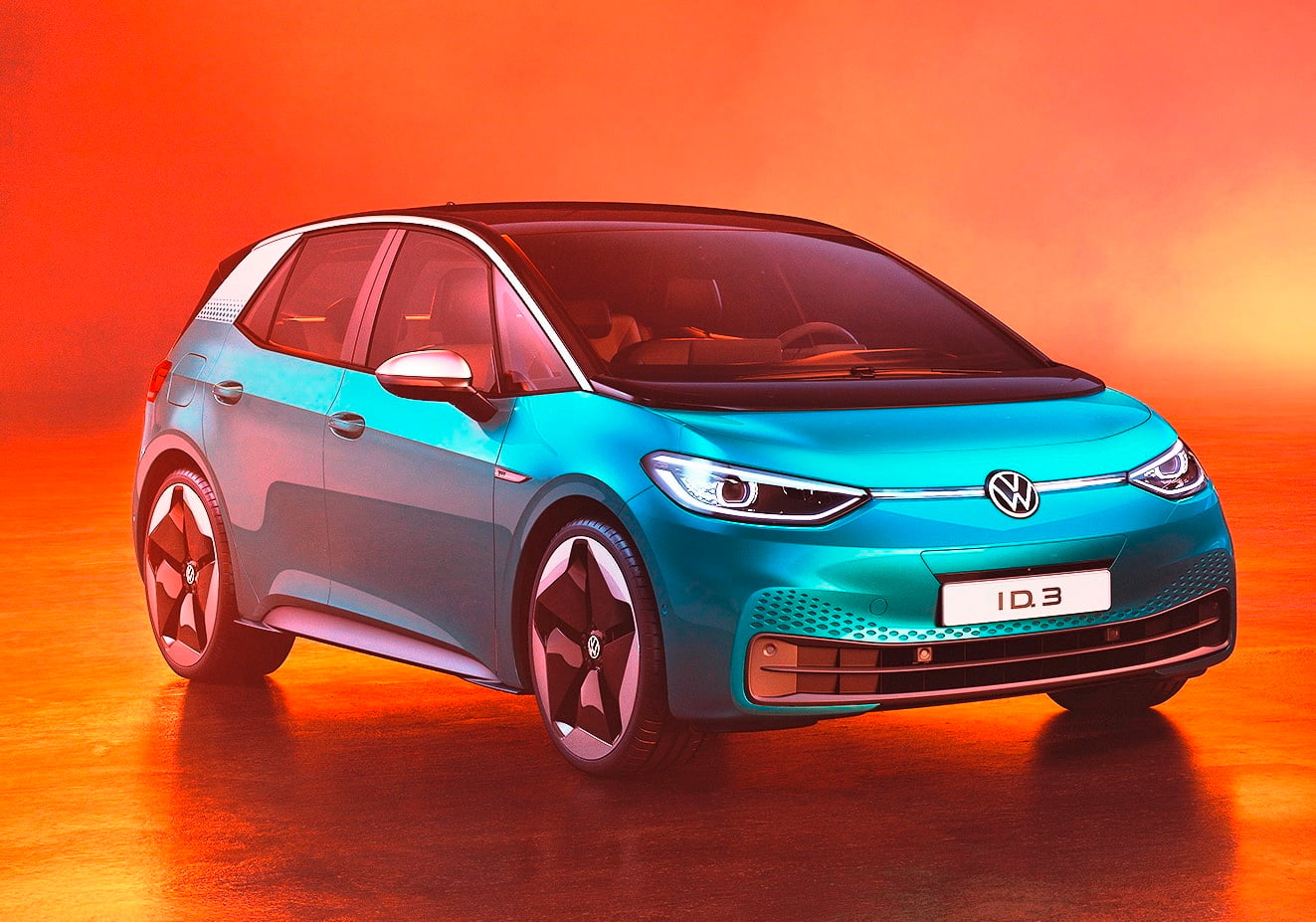 Dutch media outlet Ad.nl has conducted an interaction with Klaus Bischoff, the head of Volkswagen design, and he’s provided several interesting facts about the ID.3 –

You can read the full interview over at Ad.nl.

The judging panel was impressed by the ID.3’s expressive design with its coherent exterior and interior and stated that the ID.3 is an impressive modern interpretation of Volkswagen’s design. The Automotive Brand Contest was established in 2011 by the German Design Council and honours the best product and communication design in the auto industry. The panel members consist of various personnel from media, design, industrial companies, education institutions and architecture sectors.

Volkswagen ID.3 is open for orders from June 17 [Update]

It looks like VW ID.3 will start reaching the customers soon. Those who have pre-booked the ID.3 can order the electric hatch from June 17th 2020.

This has been confirmed by Jürgen Stackmann, Member of the Board of Management of the Volkswagen Passenger Cars, who thanked the customers for their patience. Mr Stackmann has said that orders for ID.3 in right-hand-drive markets will also begin four weeks later from the aforementioned date. The VW ID.3 had its own share of delays in production because of software issues and there was a question mark on availability of the car. Volkswagen would be producing 30,000 examples of the ID.3 First Edition before moving on to the regular models, with deliveries promised this Summer.

Sweet, sweet anticipation is coming to an end! Our ID.3 1st pre-bookers can order their car from 17th June, 2020❗️
You will be contacted by your dealer shortly!
Thanks for your patience!#emobility #VWID3 #VWID @volkswagen pic.twitter.com/9lvyI9hUaR

Volkswagen resumed output at its Zwickau plant in Germany in late April after the coronavirus breakout suspended operations. The plant restarted production with reduced capacity and slower cycle times and in the first phase, it makes 50 ID.3 units per shift. There are plans to produce 100,000 units of vehicles based on MEB platform at this plant and next year the number is expected to increase to 300,000 units. The plant will be completely converted to make only electric cars.

YouTube channel nextmove got an exclusive peek into the Zwickau factory where the VW ID.3 is being made. The host goes on to show the production line and confirms that six new models will be put into production, all of them fully-electric. Talking about the software issues, the channel reports that they have seen many new ID.3 units at the plant and displays look completely fine with the entertainment system and air-conditioning functioning. The software development has been happening parallel to the production of the car. The video also shows that the ID.3 is being produced carbon neutral with renewable energy used for production both at the supplier’s park and at the plant. Here’s the video:

Jürgen Stackmann, Member of the Board of Management Volkswagen Brand for Sales, Marketing & After Sales, hopped on to Twitter to provide a quick update on the VW ID.3’s progression to its launch:

Happy that the production keeps running (post the COVID-19 shutdown, the Zwickau factory resumes operations today), the car itself is getting ready for customers. The expected question is what about the software, as experts you have been questioning the software status. The reality is that all functions are available in the car, it is just the finishing touches that now need to get refined in a way Volkswagen wants to hand over the cars to you, because the first experience in the ID.3 you are getting should be a fantastic experience, and getting better with each software update during the lifecycle of the car. But the first throw we do with our customers obviously needs to be to the standard of Volkswagen and not a startup brand. So it will take a few weeks for our teams to get these finishing touches into the software. The (driving) experience is already great, fun to drive, fun to look at, a car that will actually make you really happy in the second half of this year.

“My feedback is that the car is lovely to drive, it has a high seating position, it has a fantastic turning circle like an Up!,” he said, after having used the car for a whole week. On the range, Stackmann said, “I haven’t charged the car in one week.”

Volkswagen will be handing the first few production units of its ID.3 electric car at the Zwickau plant with the updated software to its own staff for quality assurance, but the problem appears to be far from over.

In a report by Süddeutsche Zeitung, it has been stated that the production units will be given to the staff with slimmed down functions and the car is expected to launch with a “basic version” of the operating system, if that passes the quality tests. The ID.3 units that were produced so far from the German plant are stored under dust sheets in private parking areas in Saxony desperately waiting for the software. Volkswagen had earlier quashed rumours that there were more delays to be had and stated that 30,000 customers will take deliveries of ID.3 in the summer of 2020. With the software issues unsorted, it is expected to launch the car with fewer features and is likely to be offering the left-out features at service centres or through OTA (if that functionality is indeed available in the first batch of cars) at a later date once they are ready.

Süddeutsche Zeitung additionally reported that Volkswagen is really struggling to find the necessary software expertise and that a private meeting was held with Daimler to co-develop an operating system. Martin Hofmann, VW’s chief information officer since 2011, will be leaving the company at the end of the month. The newspaper is reporting that VW has failed to excite young software experts to join the company and sometimes important managers like Hofmann are lost as well.

The newspaper opines that if the Germans car companies remain without a competitive software, they will dwindle into simple suppliers, and that would be a “horror scenario” for the German car industry as they would be “sheet metal benders in the world of new mobility,” relying on Operating Systems from large American corporations like Google or Apple.

ID.3 will be the first fully-electric vehicle from Volkswagen under the ID brand followed by the ID.4 SUV later in the year which is based on the ID.Crozz concept and will enter production in three countries – USA, Germany and China. Like the ID.3, the ID.4 is built on the MEB platform and is expected to be priced around $40,000 to $50,000. The ID series will lead the charge at the Volkswagen Group which is looking to launch almost 70 battery-electric models by 2028.

Volkswagen has also confirmed that it will be launching the ID.4 in India. Expect it in the second half of 2021 in select cities.