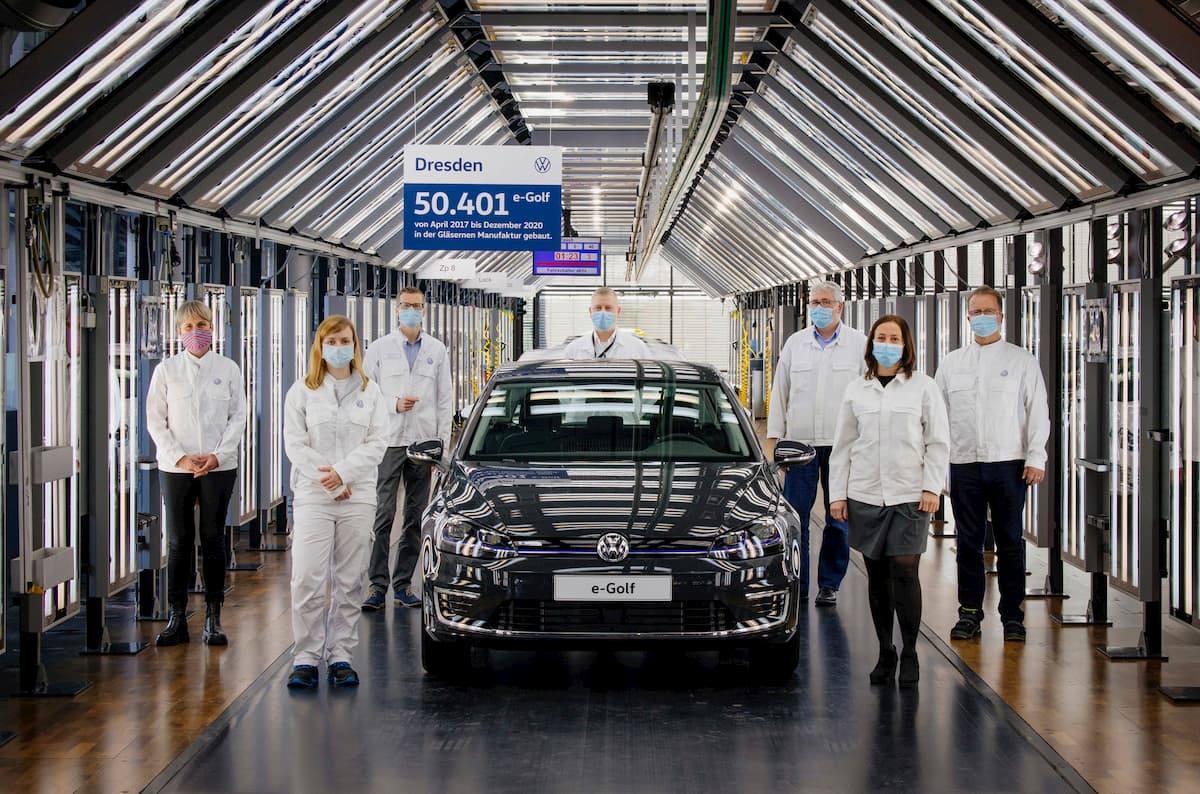 VW announced that in the first quarter of 2021, it sold 22 units of the now-discontinued VW e-Golf in the USA. These belong to the last remaining units of the electric hatchback, which has found a place in history. Compared to 2020, this is a 94 percent drop in sales.

The last VW e-Golf rolled off the production line at the Gläserne Manufaktur (Transparent Factory) in Dresden, Germany, on December 23, 2020. Soon after, it emerged on the media that VW would turn its focus towards the ID.4. The e-Golf was manufactured additionally at the Volkswagen plant in Wolfsburg, Germany, until summer 2020.

With the VW e-Golf phased out, the Transparent Factory in Dresden served as a production site for the VW ID.3, from the end of January 2021. It will be shifting focus to the ID brand to meet its internal electric car targets (1.5 million electric cars annually by 2025) and the ID.3 is viewed as the Electric Golf’s successor in Europe.

According to a study by CompareTheMarket, the e-Golf had the strongest residual value in the electric car market of the UK with an average depreciation of 25.1 percent after a 3 year period. It nudged past the Tesla Model S 75 which came in second with 26.7 percent depreciation, even as rivals like the Nissan Leaf and Kia Soul lost over 50 percent of their value in the same period.