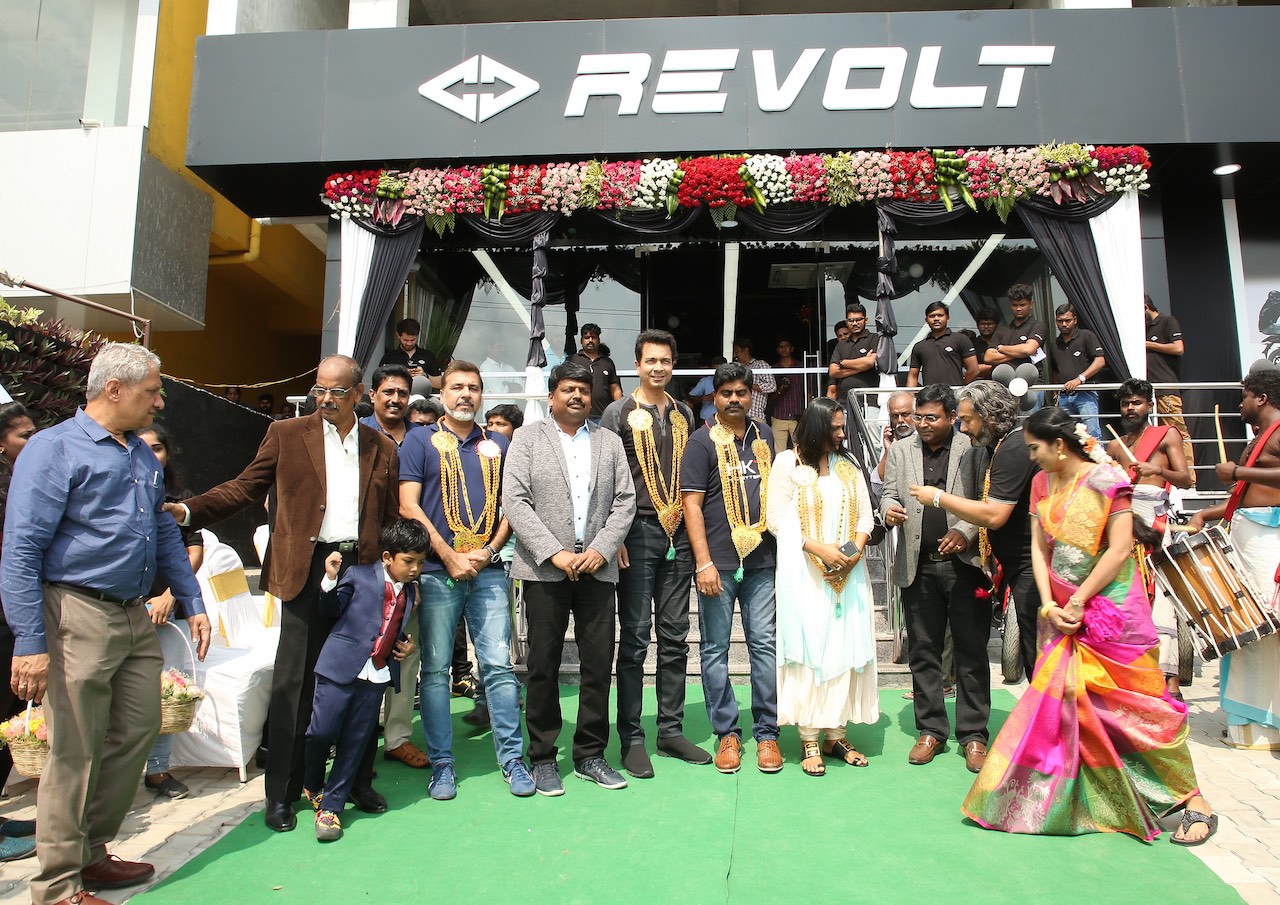 We sat down with the founder of Revolt Motors, Rahul Sharma, yesterday at the launch of the brand in Chennai. Sharma, who is also the founder of Micromax, is one of the recognized entrepreneurs in India who is seeking to disrupt the motorcycle market through desirable electric vehicles. Within hours of its introduction, Revolt said it had sold-out the first consignment of bikes in the city, as in Ahmedabad and Hyderabad where Revolt launched earlier this week.

Revolt has announced that the first batch of motorcycles have been sold out in Ahmedabad and Hyderabad Revolt dealerships. Can you tell us how many units have been sold?

Sharma: We are not getting into numbers here. In fact, Chennai has also got sold out now on day one itself. We will release the numbers later. All I can say is that the response is outstanding, the support is amazing. People were waiting for something like this. There is no other electric bike like this today. If you want to buy an electric bike today, what other option is there? Other companies have just announced but we don’t know when they will come. It’s a huge market and this is a right product. When I say right product, it is in terms of performance, in terms of design and even in terms of pricing. I think all those are things very important. I think Revolt covers all those aspects and fits all the pieces of the puzzle together in a beautiful way.

With respect to sales, you have started last year in Delhi and Pune. What is the number of RV300 and RV400 units you have sold so far?

At the launch of RV300 and RV400 bikes last year, you have also teased a Cafe Racer model. Is that going to be your next offering and when can we expect that?

Sharma: Let it be a tease now. When the right time comes, certainly we will reveal more details about it!

You have expanded into three new cities. Going forward, will we be seeing Revolt launching in more cities this year?

Sharma: By the end of this year, we will be there in all the top cities of the country. Because now we are moving at a very fast pace as you can see, we have launched in three cities within a week. We will be launching in more cities and by next year, we will go pan India completely covering Tier-2 and Tier-3 cities as well.

How much of localisation have you been able to achieve in India with these motorcycles?

Sharma: There are multiple components to the bike. There is an ACU which we make here; there’s the battery, which is the main component and marks 50 per cent of the cost of the bike that we make here in India; there’s a controller we make here. All those sort of things are done here. Super Soco are only the frame partner. In terms of localisation, most of the components are made here. Whatever is left will also be made in-house by the end of this year.

RV300 and RV400 got the Revolt started and the products out in the market. Going forward, are there plans to develop indigenous designs and products in India?

Sharma: There are more products which we are making right now in our studio in Manesar and we will be covering the whole segment of two-wheelers, coming in different form factors. And you could see some announcements made really soon.

Many players in India are looking at the electric last-mile connectivity segment with swappable or fixed batteries. Are you thinking about bringing a quadricycle or a three-wheeler?

Sharma: There’s a huge demand for our bikes right now. This is good enough for the next two years. If we can do good with this, that is enough for us.

All players in India are sourcing cells from China or South Korea. What is the impact of corona virus for Revolt? Will there be any delays?

You have announced that the free battery swapping services will be extended till March 31st 2020 in Pune & Delhi. Can you tell us about the cost structure after this date?

Sharma: I will talk about Chennai for now. For the first three months in Chennai, the battery swapping services will be free. We have still have finalized those plans and when we come up with the plans, we will share them with you.

Revolt has been in the market since last calendar year. You may have had initial feedback from the customers on the product. Will you be updating the motorcycles with new features or colours?

Sharma: That happens in automobile industry every year. Every year, you come up with new models and modifications, that’s a yearly phenomena. We have just started delivering in October 2019.