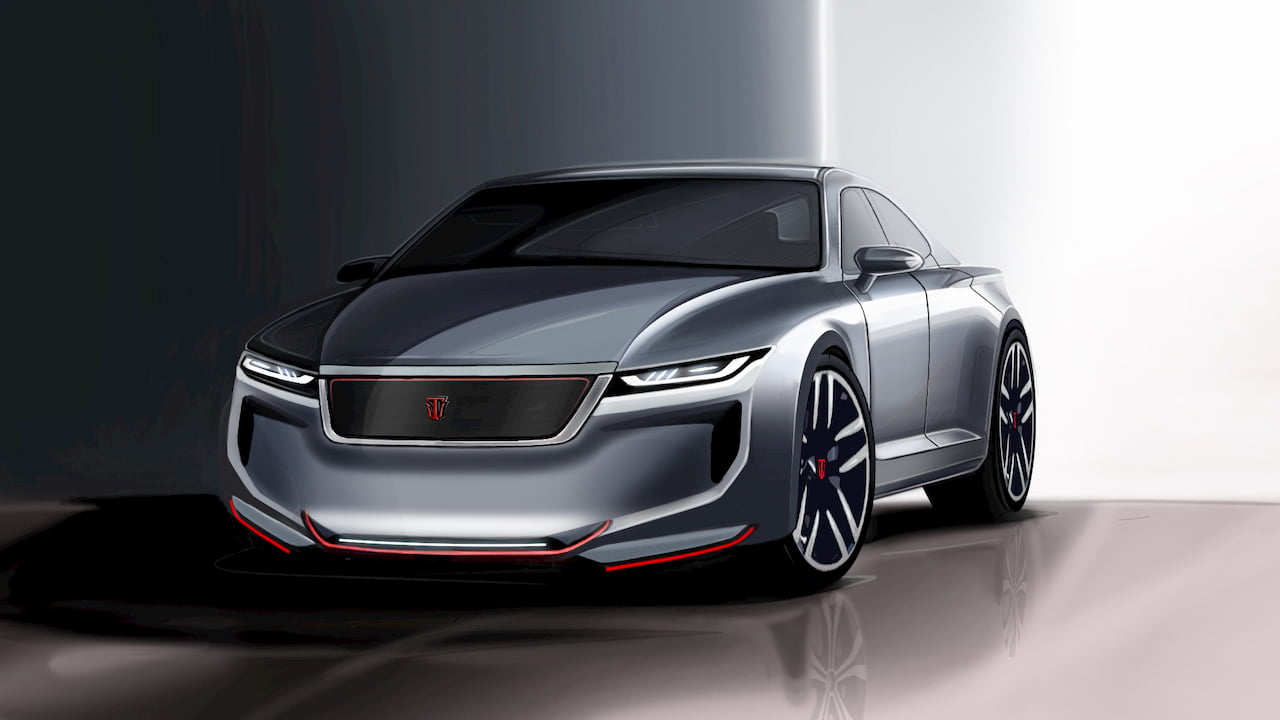 According to a report on PTI, Triton-EV, a new subsidiary of Tritron Solar, plans to launch the Triton Model N4 electric sedan in India at INR 35 lakh. Himanshu Patel, Founder and Chairman, Triton Solar, has founded Triton-EV to enter the section of the auto market which is shifting to electric vehicles.

“The base model will be priced at Rs 35 lakh thus, showing the amount of market research that has been put by the company to cater the requirements of the Indian market,” Triton-EV said in a statement, as per the report. Pre-bookings for Indian customers are now open.

Triton-EV might seem unheard of as a brand to even those who follow the auto market. The Cherry Hill, New Jersey-based American company is newly established, and its product line-up exists in illustrations at the moment. Design sketches suggest that it will look really bold, aggressive, and sporty, but we’ll wait to see how much of it translates to production.

Like the Tesla Model 3, the Triton Model N4 offers space for five and a frunk (front trunk) for additional cargo space. It will be made in front-wheel drive and all-wheel drive guises and feature an air suspension. Other highlights will include a panoramic sunroof with a built-in solar panel that can power the on-board system and also charge the battery pack, and a V2L (Vehicle to Load) function that allows using the battery pack’s energy to power external devices.

Triton-EV’s statement says that the Triton N4 will be made in the USA and that it will be available in four different variants and a high-performance ‘GT’ edition limited to 100 units. Localisation is possible in India, though, as the company is in talks with Bharat Electronics Ltd. for its Indian operations. Patel said that a joint venture between the two companies for making batteries and electronics systems for EVs and energy storage system is possible.