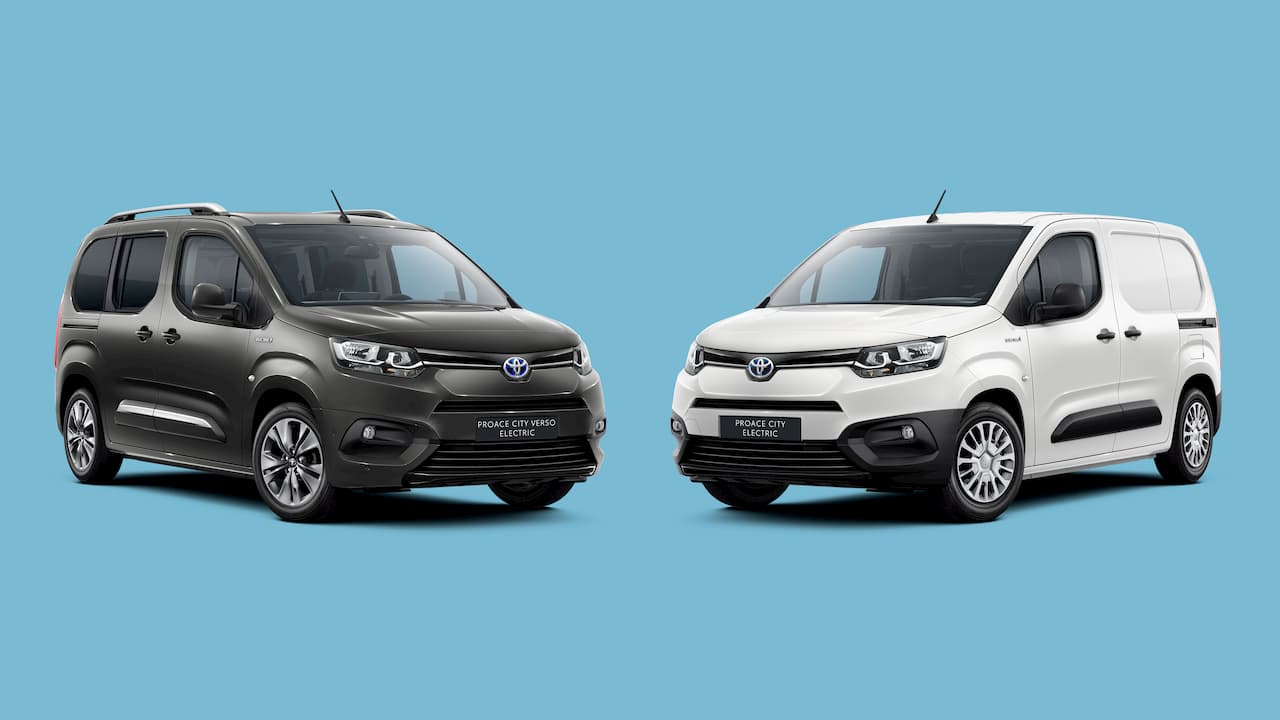 Toyota Motor this week announced the availability of the Toyota Proace City electric (Battery Electric Vehicle) for European markets with deliveries scheduled to commence from autumn 2021. The Proace City electric will be available in compact and long-body lengths, and in utility van and ‘Verso’ passenger variants, targeting business, fleet and private customers.

In May this year, Toyota announced the Proace Electric van for select European markets. It is to be noted that the Proace van is a rebadged version of the van sold under PSA’s umbrella: The French group offers the Peugeot e-Expert, Citroen e-Dispatch/e-Jumpy and Opel/Vauxhall Vivaro-e on which the Toyota is based. The Proace City is a fruit of the technology sharing agreement with the PSA Group. In the case of the smaller Proace City, its mechanically (and cosmetically!) identical cousins will be the Peugeot e-Partner, Citroen e-Berlingo and Vauxhall Combo-e which will arrive in 2021 too.

Interestingly though, the Toyota is differentiated from its French counterpart by offering a 15 year/1 million km warranty on the battery (guaranteed upto 75 per cent initial battery capacity), whereas the same vans from the PSA Group offer an 8 year or 160,000 km warranty. It remains to be seen if a similar package is available for the smaller Proace City electric.

Coming to the smaller Proace City electric, only a 50 kWh lithium-ion battery variant is available, capable of 136 hp. Toyota are yet to provide the range capability of the smaller Proace City electric, but it would be reasonable to guess-timate it around the 250 km mark, considering it is smaller (hence lighter) than the Proace van with the same battery.

As standard, the Proace City electric gets a 7.4 kW single-phase charger, but an optional 11 kW three-phase charger with fast charging capability can be specified too.

While an electric van such as the Proace City is certainly not on Toyota Kirloskar Motor’s agenda for the Indian market (neither is a conventional Proace City we should mention), the company did announce this year that it would invest INR 2,000-3,000 crore in new technology, upgradation and electrification. A made in India Toyota electrified car (strong hybrid and/or full electric) is expected to be exported from the country beginning sometime in 2022. Further pure electric versions could be generated on Suzuki’s Heartect platform.