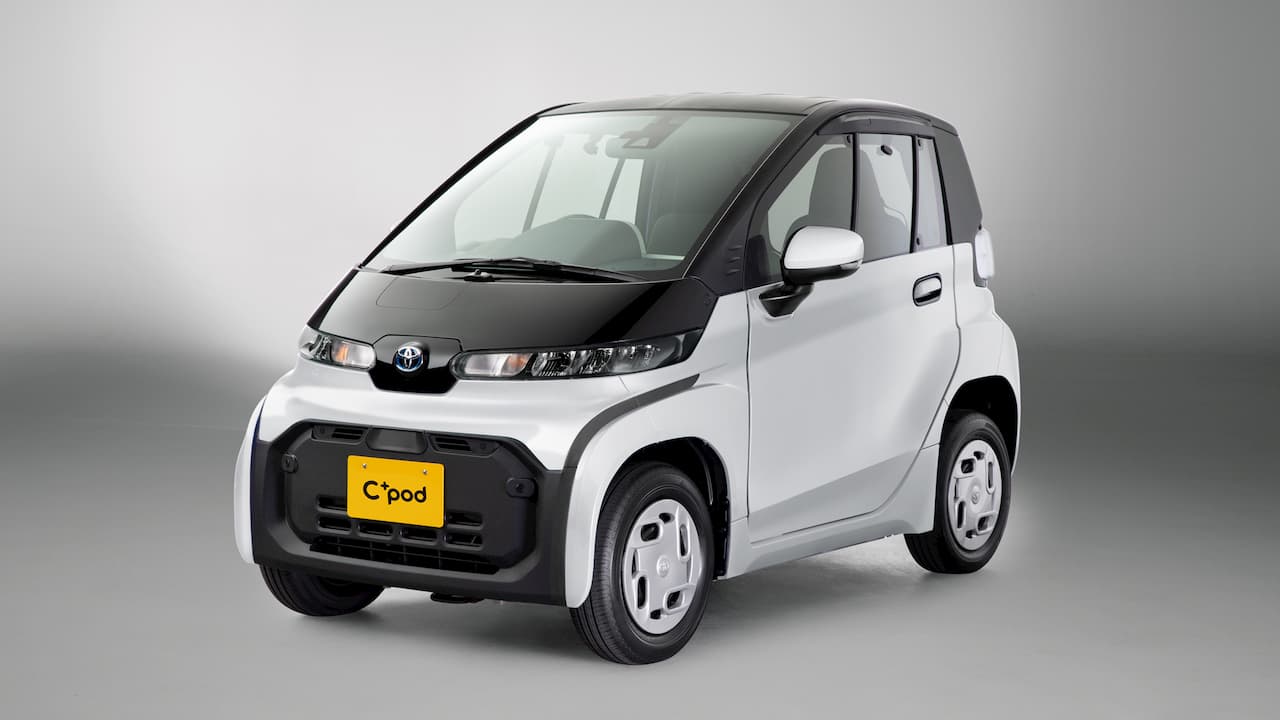 Toyota’s micro-electric vehicle, which Electric Vehicle Web reported on this month, was launched in Japan this week as the Toyota C+Pod. The company calls it an “Ultra compact” electric vehicle, and in the first phase of its launch, targets corporate users, local governments and other organizations that are exploring popularizing electric vehicles. A full scale launch to individual customers will take place in 2022.

The Toyota electric car, in addition to short distance daily use, is aimed at corporate users visiting customers on a regular basis and users in urban and mountainous areas requiring a safe, environmentally friendly transport option.

The Toyota C+Pod has its compact dimensions at 2,490 mm in length, 1,290 mm in width and 1,550 mm in height with a turning radius of just 3.9 meters, making it smaller than the traditional Japanese ‘kei’ vehicles. The 9.06 kWh lithium-ion battery is mounted under the floor, and in front of the seat, giving the cabin a low, and flat floor, says Toyota.

The Toyota C+Pod uses a structure that absorbs impact, and offers pedestrian protection as well, in addition a pre-collision system is included as standard which detects other vehicles, pedestrians and cyclists with an intelligent sonar. A parking support braking system to help avoid collisions with walls and other objects during low speed operation is included too.

Toyota will also offer a charging service whereby the compact electric vehicle can be recharged at Toyota dealers with G-station chargers (currently there are 4,200 such charging stations) and at any standard charging spot across Japan (approximately 10,800 charging stations).

EVW’s take: The Toyota-Suzuki combine could think of innovative solutions for the Indian market, like an electric quadricycle, if there is a burning desire to offer something like a C+Pod for last-mile mobility.