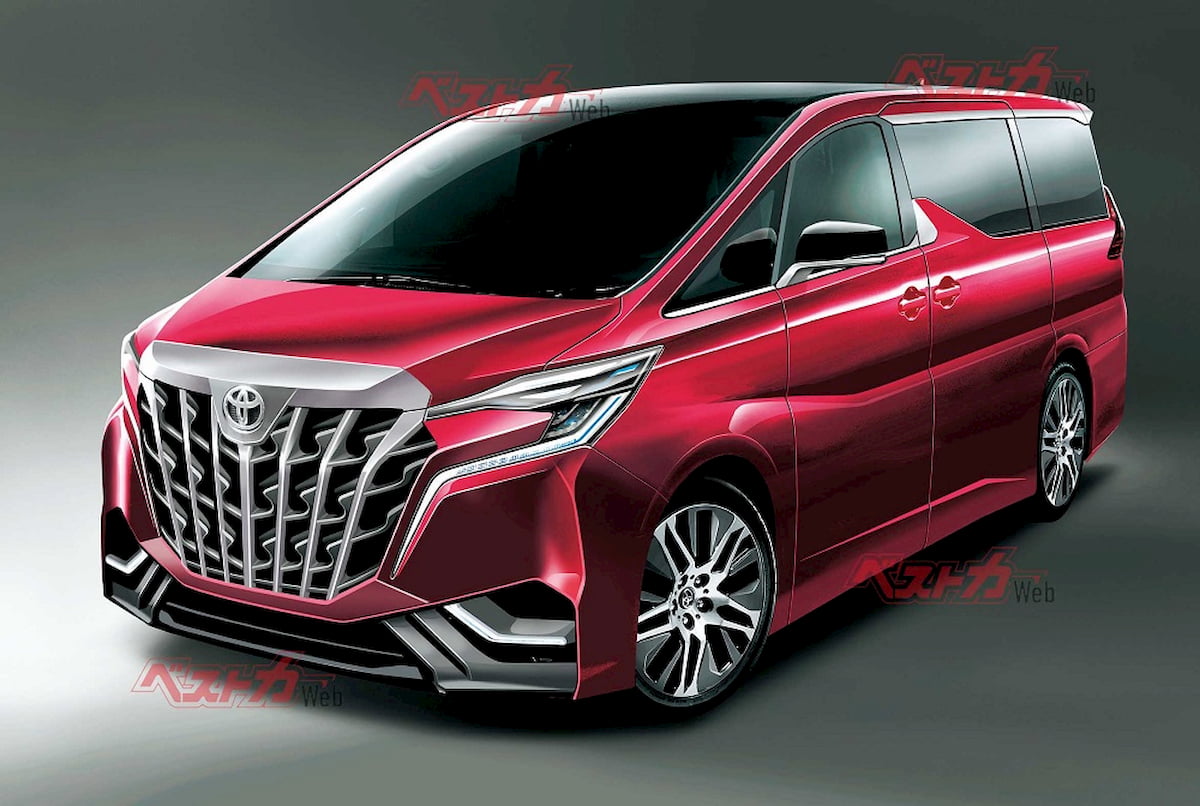 The next-gen Toyota Alphard launch is programmed in the second half of 2022, says a new report from bestcarweb.jp. The release of all-new Alphard would mark the end of the road for a separate Vellfire model, as per a previous report from the same publication.

In February 2021, bestcarweb.jp said that Toyota would integrate the Vellfire into the Alphard family next year. A separate Vellfire minivan would cease to exist, and in its place would come the Alphard with new grades and different styling, the Japanese site reported.

Note that Toyota Motor has not provided guidance on the product plan of its Japanese MPVs, and the information is unofficial.

In October 2020, bestcarweb.jp said that the next-gen Toyota Alphard would be based on a high version of the TNGA platform. Expect it to feature a dramatic design gaining aggressive front and rear fascias. The Alphard needs to move up the ladder in the new generation and serve Vellfire customers who look for boldness in design.

The TNGA platform would allow a low center of gravity and offer greater stability and reduced body roll. One can expect hydraulic engine mounts for minimized vibration and noise and thus a smoother ride. The TNGA platform is expected to improve maneuverability to a point where Toyota is motivated to release a GR Sport variant in the fourth generation, the Japanese report notes.

Why would Toyota discontinue the Vellfire?

The Vellfire is present in the Toyota line-up since the Alphard entered its second generation in 2008, as its more stylish and fancier companion. Japan is the main market for the Alphard and Toyota Vellfire, made popular through Toyopet and Netz dealers. Here, sales of the Alphard are four times that of the Vellfire.

In 2020, Toyota delivered 90,748 units of the Alphard in Japan, averaging 7,500 units/month, to become the best-selling vehicle in its segment. The sales data of the Vellfire for the entire year isn’t available, but between January and August, the average monthly sales were just 1,652 units. Toyota is trimming its vehicle line-up and plans to discontinue the same models with individual identities that are not performing. One of these is the Vellfire, bestcarweb reported.

Earlier this year, the Alphard was selling at a rate of more than 10,000 units per month. However, monthly sales dropped sharply to 7,576 units in April and further to 5,947 units in May, but that doesn’t mean the bubble has burst. In fact, there was a minor model change in May (discussed below) and Toyota dealers went on a break during Golden Week, bestcarweb.jp reported on 27 June 2021. The MY2021 refresh should bring sales back up in the second half of the year.

The current-gen Toyota Alphard and Toyota Vellfire have received a small refresh for MY2021 in the Japanese market. This is presumably the last update for the Alphard in the third generation, while for the Vellfire, this might be the last update before production is discontinued. The updated minivans went on sale on 10 May. Below are the changes Toyota brought with the MY2021 update: