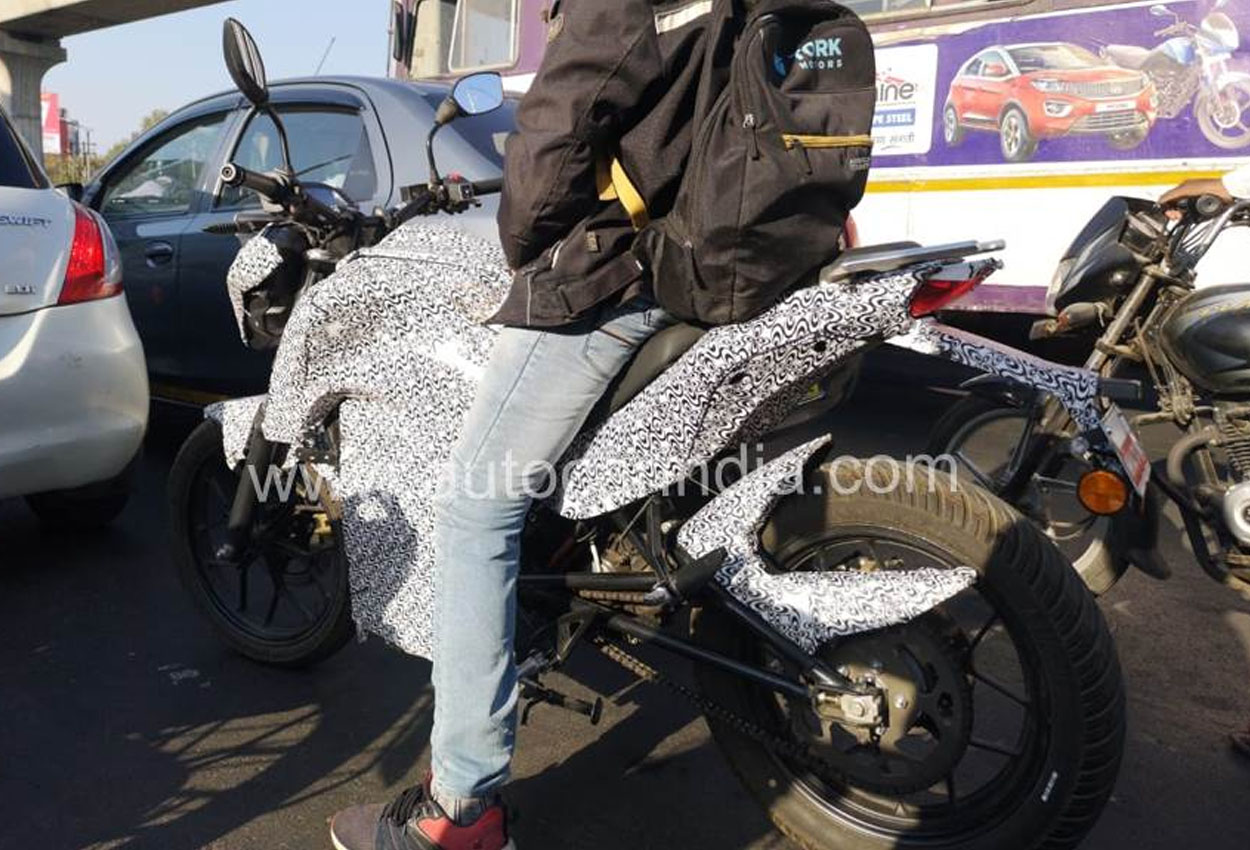 The Tork T6X electric motorcycle has been caught testing again in a closer-to-production form with more complete bodywork. The trellis frame that was kept exposed earlier has now been covered mostly and there are new alloy wheels inspired from the Y-spoke units of the concept. The bike also had additional bar-end weights and revised switchgear that now gets a toggle switch to go through the digital instrument cluster.

Tork T6X, which made headlines first at the Auto Expo 2016 as a prototype, has been testing on Indian roads since last year. In pictures published by Rushlane, the motorcycle was wrapped completely in camouflage but looks like it retains almost all of the original design showcased four years ago.

Originally scheduled to reach the market in early 2020, the test motorcycle shows us that the company could be in close proximity to the sales launch. As per details released officially, the T6X is powered by a 72 Ah Lithium-Ion battery that drives a 6 kW brushless DC motor, producing a peak torque of 27 Nm. The battery offers a range of 100 km in a single charge and can be charged to 80 per cent in 60 minutes. The T6X can achieve a top speed of 100 km/h and is equipped with regenerative braking.

Tork T6X gets a 4.3-inch digital touchscreen instrument cluster that supports GPS and navigation, along with a mobile app to support features like geo-fencing. Other features include daytime running lights, anti-theft, mobile charging, front and rear disc brakes and a custom trellis frame. The Tork T6X also gets different riding modes ranging from Sport, Eco to Cruiser.

Tork Motors received an undisclosed sum late last year from Mr Ratan Tata following capital injections from the founders of Ola Cabs and Bharat Forge. The company now employs about 75 people and launched its fast-charging station in Pune at Café Peter’s Bund Garden Road outlet which can charge any vehicle.

The expected price of the Tork T6X is around Rs 1.5 lakh ex-showroom and upon launch will compete with Revolt RV400, the EeVe Tesoro and the Hero Electric AE-47.