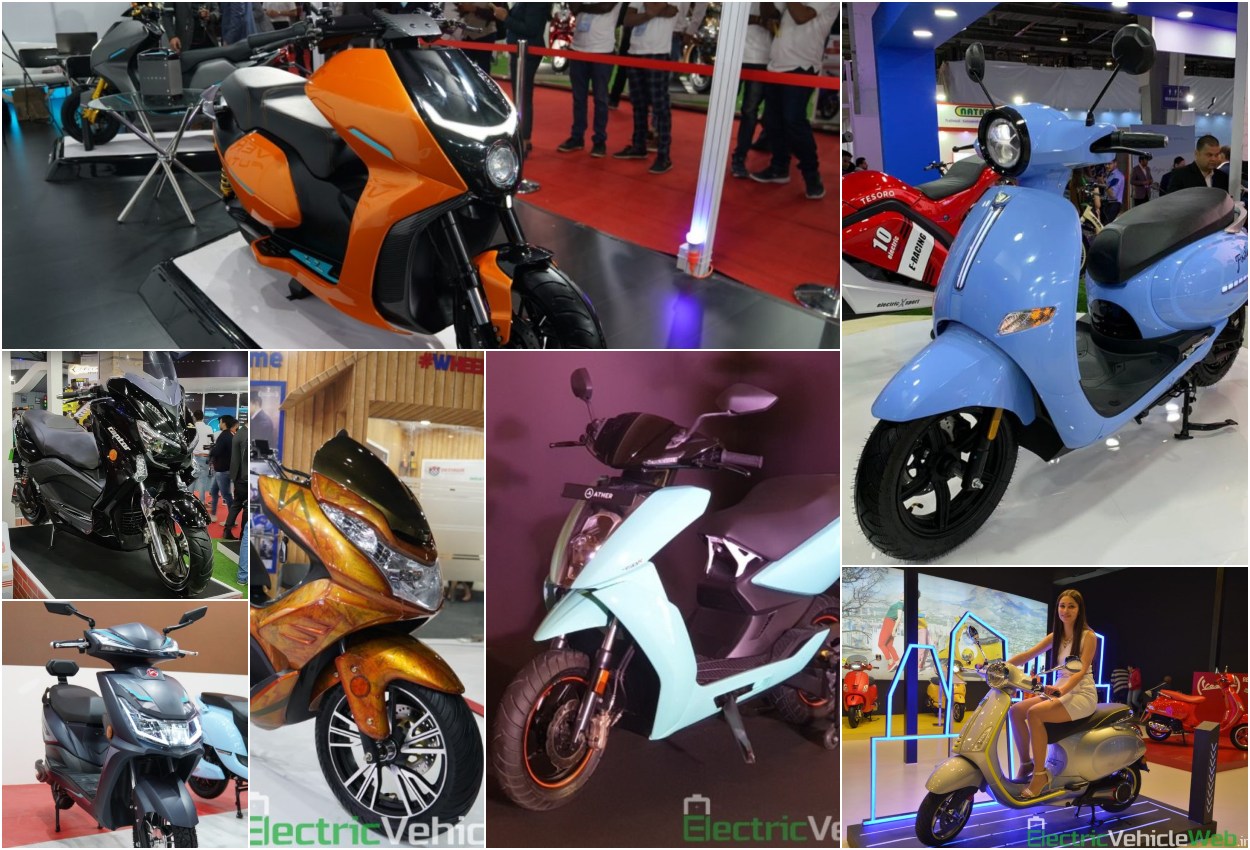 The choice of electric scooters in the Indian market is about to be ‘fast-charged’ with many new launches lined up throughout the calendar year. Here are top upcoming electric scooters for 2020 in India with their expected (ex-showroom) prices and launch dates. Note that the launch dates are from the guidance received before the full impact of the COVID-19 was felt in China, and it is almost certain that introductions will get pushed back as almost every electric vehicle manufacturer relies on Chinese factories for components.

Though it was not the first brand to launch an electric scooter, Ather Energy gave a big push to the Indian electric scooter segment with its exciting features and design. Their in-house developed 450 was the first step by an Indian EV company to create excitement in this segment, and this year they have already launched an updated 450X, with deliveries set to begin in July. The Ather 450X received several performance and feature upgrades over the 450, but it also costs considerably higher. A more powerful battery (2.9 kWh) and motor (6 kW) with a peak torque of 26 Nm (up from 20 Nm) make the 450X accelerate from 0 to 60 km/h in just 6.5 seconds, confirming that it is the quickest scooter in India. Ather will launch the 450X in 10 cities in FY2021 and take it to 24 cities by FY2022.

The Okinawa Cruiser maxi-scooter was showcased at the Auto Expo 2020 and is expected to be launched in the second quarter of FY2021. The Cruiser is powered by a 4 kWh detachable Lithium-ion battery that offers a range of 120 km per charge and the battery can be fully charged in two to three hours. With a top speed of 100 km/h, the Cruiser will be among the fastest e-scooters in the country and packs features such as LED headlight & taillight, semi-digital instrument console, keyless start, anti-theft alarm, aluminium alloy wheels, USB charging outlet and reverse assistance. There’s also a mobile app with a ‘Find my scooter’ function to locate the scooter in a crowded parking lot.

Hero Electric AE-29 (the name will be different when it comes to the market) is the new high-speed electric scooter from the largest electric two-wheeler brand in the country. The AE-29 is powered by a 1000W motor and 3.5 kWh Li-ion battery, pushing the scooter to a top speed of 55 km/h and can be charged in four hours. Hero Electric has loaded the AE-29 with features such as digital instrument cluster, Bluetooth connectivity, walk assist, anti-theft smart lock, reverse facility, mobile charger and mobile app.

The selling point of the EeVe Forseti electric scooter is its retro-modern design. The Forseti gets a ‘classic’ round LED headlamp, LED taillight, keyless entry, GPS, geo-fencing, anti-theft mechanism and USB charging port. The Forseti will offer a range of not less than 90 km/charge and the top speed is estimated to be around 100 km/h. The battery will be offered with a five-year warranty but the fast-charging option is yet to be finalized. EeVe had confirmed during the Auto Expo that the Forseti will be launched in April or May 2020.

Along the lines of a proper maxi-scooter, Evolet will be launching the Raptor that the company claims will be ideal for long-distance commuting. The Raptor gets an edgy design and is built on a rigid chassis. The Raptor is equipped with a 3 kW motor drawing the power from a 72V 40 Ah Li-ion battery offering a top speed of 120 km/h. Evolet claims a range of 100 to 250 km with the Raptor, which means the scooter comes with battery bays to accommodate optional batteries. The Raptor comes with features like a digital speedometer and USB mobile charging port.

Vespa, the design inspiration for so many electric models in the market, reportedly will be launching its own electric scooter, the Elettrica, in India this year. A report said that the Vespa Elettrica, which was displayed at the Auto Expo 2020, will be launched in June 2020 and carry a hefty price tag as the electric scooter now retails for around $7,400 (around Rs 5.5 lakh) in Europe. The Elettrica packs a 4.3 kWh battery pack and a 4 kW motor good for a range of 100 km per charge. The battery takes four hours to be completely charged. The Elettrica gets Kinetic Energy Recovery System, 4.3-inch colour display and two riding modes – Eco and Power.

Displaying the EF1 electric scooter at the Auto Expo 2020, Everve Motors managed to grab many eyeballs thanks to an original design. The EF1, when it comes out in the last quarter of the year, will be offered with two motor options – 3.3 kW and 5 kW. The battery is a 4.2 kWh unit that offers a range of 100 km in a single charge and will take five hours to be charged with normal charging, and 50 per cent in 1.5 hours with fast charging. Built on a light-weight hybrid tubular chassis, Everve EF1 gets a fully customisable digital display, reverse mode, racing-grade suspension and brakes, on-board navigation, keyless start and geo-fencing.