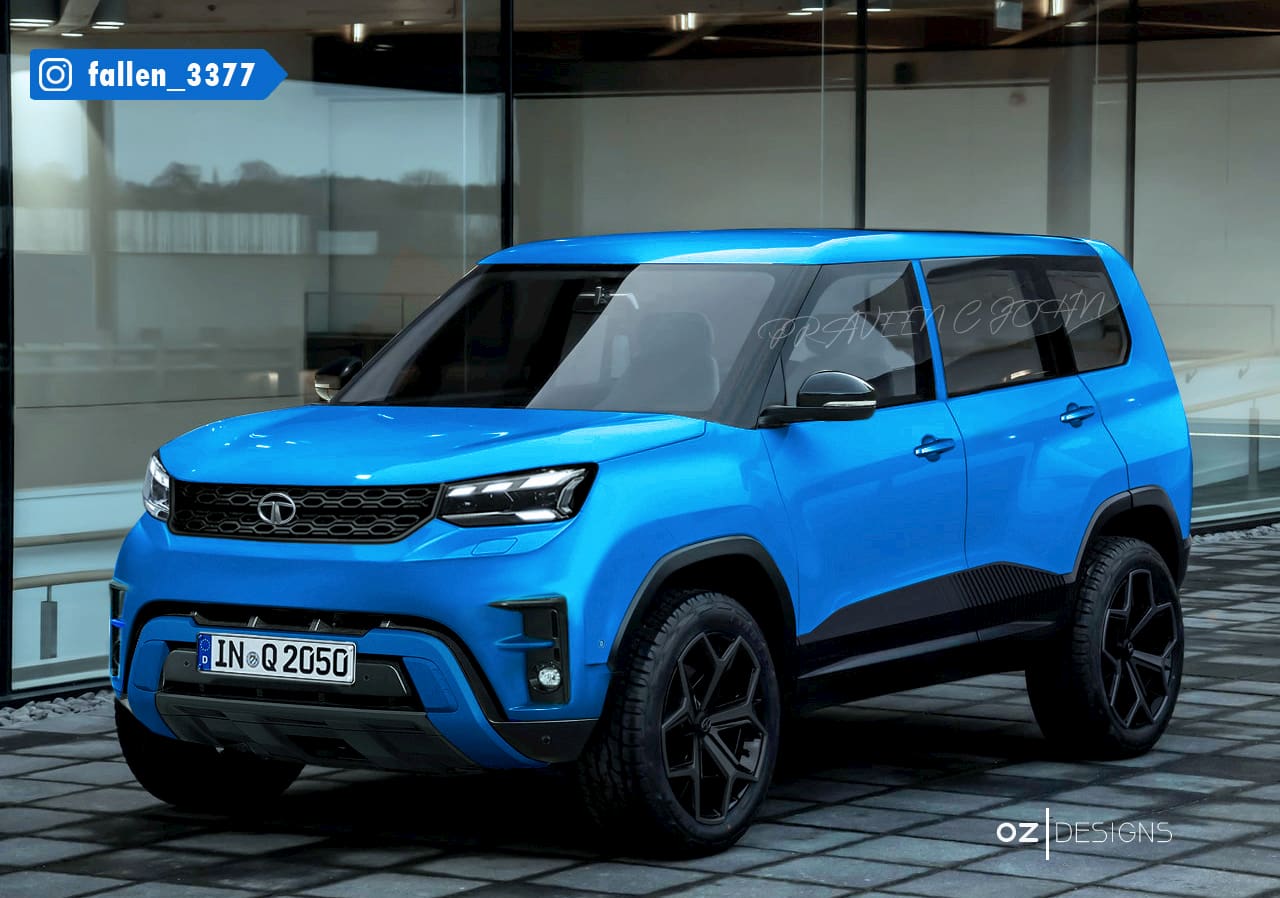 It’s no secret that if the Tata Sierra EV is greenlit for production, it would introduce the new design language for the company – an adaption and evolution from the current IMPACT 2.0 design language seen on the like of the Tata Altroz, the IMPACT 3.0 builds on it for the ever changing customer preferences.

Pratap Bose, Vice President, Global Design, Tata Motors, confirmed recently that his team used the downtime during the Covid-19 pandemic to work on IMPACT 3.0, however, it is not a far-off prediction that the Tata Sierra EV concept showcased at this year’s Auto Expo teased the upcoming design language.

The above rendering of the production Tata electric car, shared by Praveen John (instagram.com), offers a slightly different take than the concept Sierra EV: The headlights get a bit of inspiration from the Audi Q2, while the rear doors abandon the sliding-type opening for conventional units. The production model rendering ignores the glass roof which is a big element to miss on the Sierra.

If the Tata Sierra is greenlit for production, prospective buyers can expect a 48V mild hybrid system in the very least, in addition to a battery electric vehicle (BEV) variant. The mild hybrid system is already in the development phase for products such as the Harrier and the upcoming Gravitas. A strong hybrid system is not of the question, but its future depends on government support by means of subsidy for partially electrified vehicles that is absent today.

On the Tata Sierra EV, which could see showrooms sometime in 2023 if approved, it will be reasonable to expect a made-in-India battery pack, including the cells and electric motors, as Tata Motors has confirmed that Tata group companies (Tata Chemicals for lithium-ion battery cells and Tata Autocomp for battery and motor pack assembly) are tasked with creating an ecosystem (dubbed Tata uniEVerse) for electric cars and SUVs.

While family-oriented SUVs and crossovers (Kia Seltos, Hyundai Creta and the like) see the bulk of the sales volume in the INR 15-20 lakh segment, lifestyle vehicles like the recently launched Mahindra Thar (which is sitting on a healthy order book of over 30,000 units) should give bosses at Tata the much needed confidence to bring back the iconic Sierra nameplate. The white space between the Nexon and the Harrier is too big to not be a priority in the company.