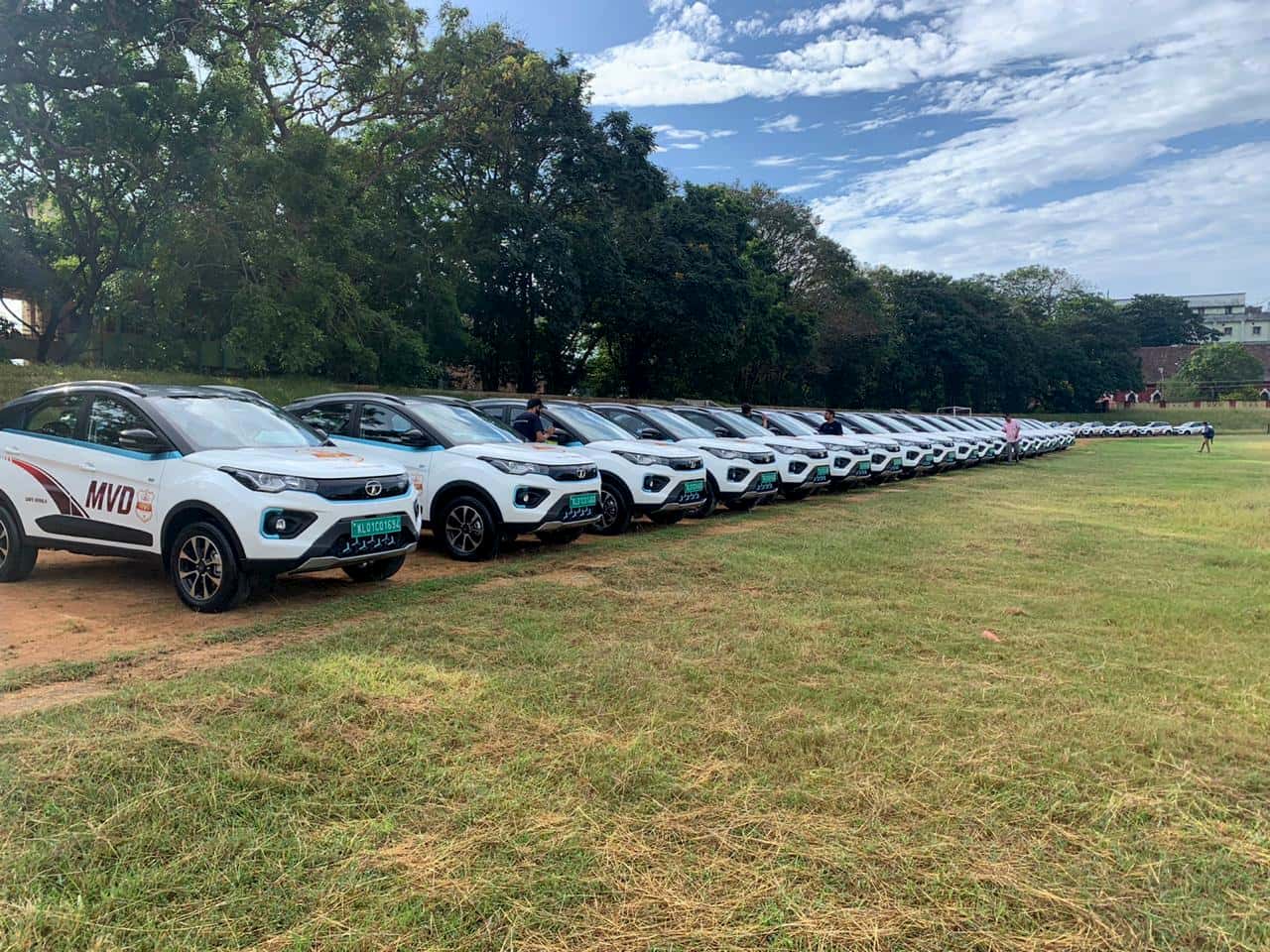 Kerala’s Motor Vehicle Department (MVD) procured 45 Tata Nexon EV units in Thiruvananthapuram this month and plans to get 20 more units of the Tata electric car in the future.

Speaking to New Indian Express, K Manoj Kumar, Thiruvananthapuram RTO & enforcement RTO in-charge said the Nexon EV’s silent operation gives the enforcement squad a way to drive close to the erring motorist and snap pictures if the driver is using mobile phone which makes it literally impossible for the offender to deny wrongdoing later. Earlier the MVD officers had a tough time to stop speeding motorists as the sight, or rather the sound of their vehicles, would alert some of them and they would speed away.

The MVD says it plans ahead now as the car requires to be charged for extended duration (from an AC charging outlet).

Energy Efficiency Services Limited (EESL) and Agency for New and Renewable Energy Research and Technology (ANERT) are involved in the procurement of the 65 Tata Nexon EV for use at Kerala’s MVD. The state is leasing all the units for a period of eight years from EESL through ANERT. ANERT is getting the EVs from EESL on dry lease basis, or a lease without driver and fuel or fuel costs.

ElectricVehicleWeb.in has accessed the terms of the general dry lease agreement laid out by ANERT. The agreement includes a lock-in period of 48 months from the date of delivery to the client, which is MVD in this case. The monthly rental is for the Tata Nexon EV leased from ANERT is INR 27,540. EVW understands that ANERT offers the Tata Nexon EV on a wet-lease basis at the same monthly rent as well.

Kerala is the first state in India that will procure electric vehicles for enforcement duties. TheHindu.com had reported in June that the Kerala MVD placed orders to lease the electric vehicles from Energy Efficiency Services Ltd (EESL) and it opted for dry-lease. It is also said that an EV charging network would be established with charging stations in the 65 offices of the Enforcement Squads where these units will go.

Our team also installed and tested Public Charging Stations at 2 locations in Trivandrum and 1 at Ernakulam @MinOfPower @CMOKerala pic.twitter.com/N4ZzVtAPjf

K R Jyothilal, Principal Secretary, Department of Transport had said that work orders have been placed for 65 EVs and the Kerala MVD is turning to be a role model in bringing in green mobility and this decision is part of the Kerala government’s decision to hire EVs instead of buying diesel vehicles. The Nexon EVs ordered for the Enforcement Squad are fitted with gadgets required for enforcement activities like speed radars.

The Tata Nexon Electric car is available for customers in three variants XM, XZ+ and XZ+ LUX – priced at Rs 13.99 lakh, Rs 15.25 lakh and Rs 16.26 lakh (ex-showroom) respectively. With a 30.2 kWh battery pack, the Nexon EV offers a range of up to 312 km (ARAI) in a single charge. The battery can be charged to 80 per cent capacity in just 60 minutes with a DC fast charger while a regular AC charger takes 8 hours to charge completely.

The most affordable electric SUV in the country has proved to be a popular choice emerging as the best selling electric car in India, ahead of the MG ZS EV, Mahindra eVerito, Tata Tigor EV and the Hyundai Kona Electric.