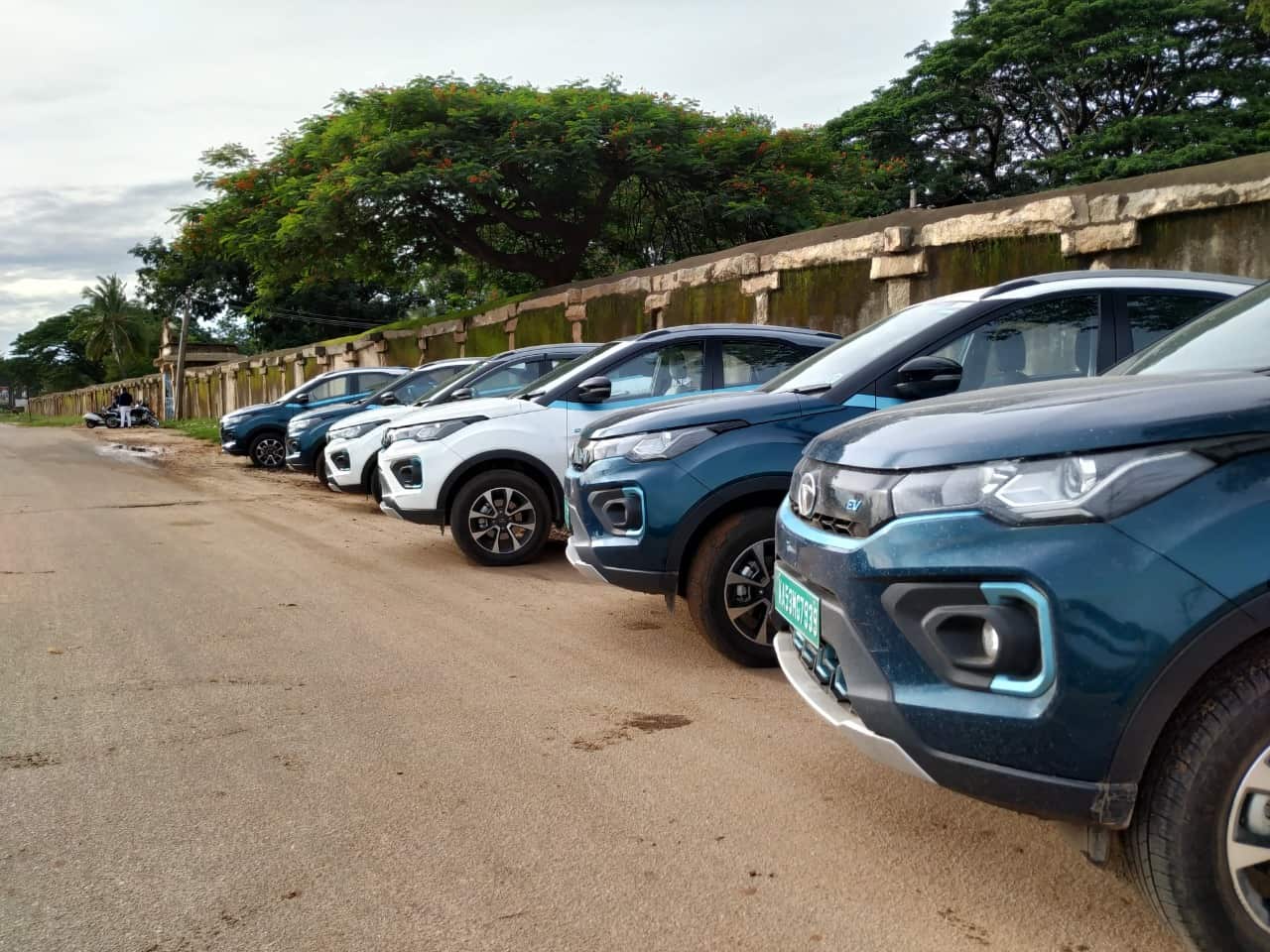 Just as the lockdown lifted, Arun Kumar Somayji and 9 other Tata Nexon EV owners assembled for a meet-up in Bangalore. ElectricVehicleWeb.in had a conversation with Somayji, to know about the group and their experience.

A month back we did the meet-up, just after the lockdown ended. By then, in Bangalore, we had already 20 buyers we had come into contact with, and we all said that we have to meet to know each other. We have a larger forum where we have more than 100 Nexon EV owners nationwide in a WhatsApp group which is where we got in touch. So we formed a group where all the buyers are from Bangalore, and started the discussion. We thought the best place would be Nandi Hills, in and around the range that Nexon EV can provide or travel across Bangalore city to the place.

At 6 AM, we met near Hebbal with all our cars. Keeping the distance, we communicated, we had some quick chats about the car and our experiences, and then we started our journey towards Nandi Hills. We had a good time. We went around the Nandi Hill premise that is a road track around Nandi Hills and then we had a photo op.

We were able to have an elaborate discussion during the breakfast meeting, where we shared information about the car, including performance. Overall, we made this trip of 130-140 km still maintaining enough charge for commuting through the rest of the day.

There is Adishakti motors, on the Outer Ring Road who were very much willing to allow us to charge our cars in their premise if needed. If someone needed to charge to reach back to their places, they could. But none of us used that because we had enough juice in our batteries. The Nexon EV is able to deliver around 200 km on a full charge, and we didn’t do very spirited driving. It was a fun get-together, and we were driving at 70-80 km/h speed on the National Highway. We didn’t have to use so much power.

On the common interest of Nexon EV Owners:

One important thing is everyone wanted to do their bit to conserve nature, to not burn fuel further. Many were also talking about how they want to put solar grids at the top of their house and how they want to subsequently travel with zero carbon footprint.

The second important discussion was how to make it not only a daily commuting vehicle but also inter-city commute vehicle. So a lot of discussions happened on where should be the next charging station which Tata Power should come up with because Tata Power is really working towards helping us out. We are recommending Tata Power to set up a charging facility across the National Highway reaching out of Bangalore so that we can go to the next city like Mysore. So one fast charger in every 100 km distance can make this car completely usable for inter-city commute.

People were discussing what options Tata Power is giving and how Tata Power is engaging with each of them. We had doctors, lawyers, software engineers and army personnel in the group, a varied mix of individuals who want to drive green.

Most of us are depending on the wall box at this point. But there a few in the group who have already installed the solar panel, and there several aspirants like me who want to install the solar panel shortly.

On the mods & variants in the group:

Almost all of them had the XZ+ model. One or two guys had XZ+ LUX models. None of us had any specific plans for accessorising. In the larger forum, I have seen the discussion about changing tyres and low rolling resistance tyres. Tata Motors has used MRF Wanderer tyres, but people are saying Michelin is a good upgrade.