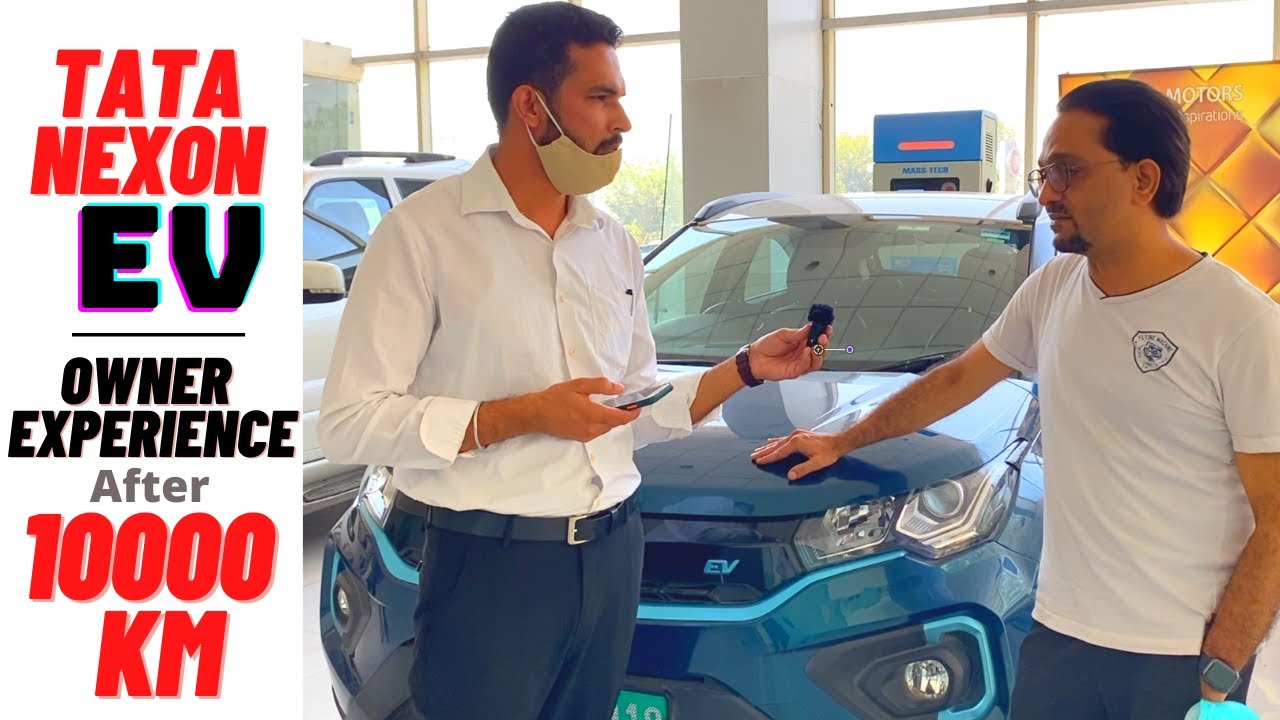 It’s been over 6 months since the Tata Nexon EV deliveries began, and despite the national lockdown, some customers have used it for several thousand kilometres already. One such Tata Nexon EV customer is eye surgeon Dr. Mohan Kumar from Delhi.

Dr. Kumar was an early bird and the first to take the delivery of his Tata Nexon EV in Delhi, on 13 March. With that, it is safe to assume that he was also among the first owners of the ‘advanced’ Tata electric car in India. He has driven his new EV for approximately 10,000 km and shares his ownership review in a video with youtube.com channel Car Quest.

Dr. Kumar purchased the Tata Nexon EV in its most popular, mid-range XZ+ grade. He owns a Hyundai i10 and a Honda City as well, and so, he has a fair idea of what to expect from both entry-level and premium cars. The primary reason he went with the Tata Nexon EV when he could have purchased a premium SUV like the Kia Seltos or the Tata Harrier for the same price, is eco-consciousness.

The Tata Nexon EV doesn’t create pollution (tailpipe emission), and India really needs pollution-free cars now, Dr. Kumar said. Another reason that drew him to the Nexon EV was the 5-star Global NCAP safety rating of the Tata Nexon. The electric SUV is just a derivative of the ICE SUV, and so, it is natural for people to associate the latter’s safety certification with the electric vehicle. One more reason Dr. Kumar bought the Tata Nexon EV was the monetary savings it would allow in the long term with no fuel costs.

Dr. Kumar talked about his driving experience with the Nexon EV as well. He is pretty impressed with the performance and feels that the new electric SUV is quicker than even his Honda City. According to him, the Sport mode allows superb initial acceleration, a feeling comparable to that of sports cars! Also impressive in his opinion, is the car’s high ground clearance, which the Indian road conditions call for as a basic requirement.

When Car Quest shot the Tata Nexon 10,000 km ownership review video, Dr. Kumar was travelling in his Tata Nexon EV from Delhi to Chandigarh. So, range obviously had to come into question at some point, and it did. Dr. Kumar said that he is able to achieve a range of 220-230 km with AC on in the city and 250 km on the highway.

As for the particular Delhi-Chandigarh road-trip, he said that Tata Motors helped him plan by giving him charging point locations on his route. As per that information, he accessed a fast-charger to quickly recharge the 30.2 kWh Li-ion battery at the Tata Motors Karnal dealership.

Overall, Dr. Kumar is very satisfied with his Tata Nexon EV, and he feels that he made the correct purchase decision. In related news, the Tata Nexon EV has received its first price hike.