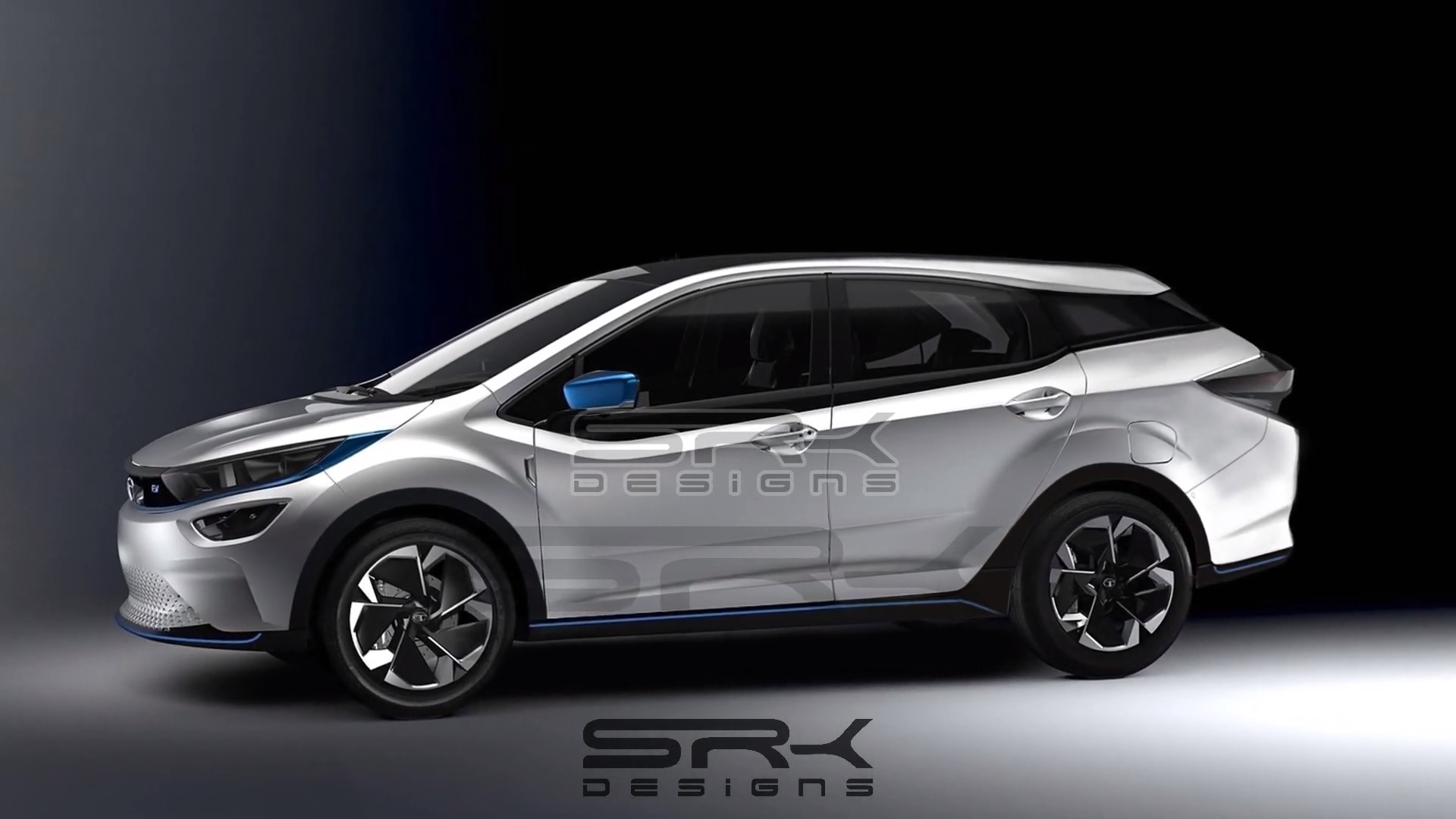 The production-ready Tata Altroz EV is the next big electric vehicle launch for Tata Motors and it will become the most affordable electric car with the Ziptron technology during its launch next year. Now, Shoeb Kalania of SRK Designs has published a render of the Tata Altroz EV Shooting Brake version. This is purely an imaginative venture as Tata Motors has vacated the station wagon market following the discontinuation of the Tata Indigo Marina, and is focused on building up its SUV line with launches like the HBX, Sierra (yet to be confirmed) and the next-gen Nexon all riding on the ALFA architecture staying with the current trend.

SRK Designs has published a video of the render process and how he developed the design of the station wagon. The front and rear of the Altroz EV are kept as such by the Indian designer with the rear stretched to include a D-pillar. The length of the Altroz EV is 3,988 mm, which is sure to increase with the station wagon design. While the designer hasn’t stretched the wheelbase by much, the new body style will now include more luggage space. Apart from the D-pillar, the Altroz EV Shooting Brake is similar to the Altroz EV except for the rear door handles. The rear door handles were integrated in the C-pillar in the actual Altroz but has been moved to the regular position in the render.

Back to the Altroz EV, Tata Motors despite having presented it at the Geneva Motor Show 2019 and then at the Auto Expo 2020, haven’t revealed details about the powertrain but expect the same Ziptron tech from the Nexon EV to be in action. The Altroz EV is expected to have a range of over 300 km in the ARAI certificate and come with DC fast-charging and a 8 year/1.6 lakh km warranty. It could become a force to reckon with if the company manages to price it around the Rs. 10 lakh mark.

If you are a fan of station wagons and automotive renders, check out the Tata Estate reimagined as an electric vehicle for the 2020s by Pune-based Sankul Design.