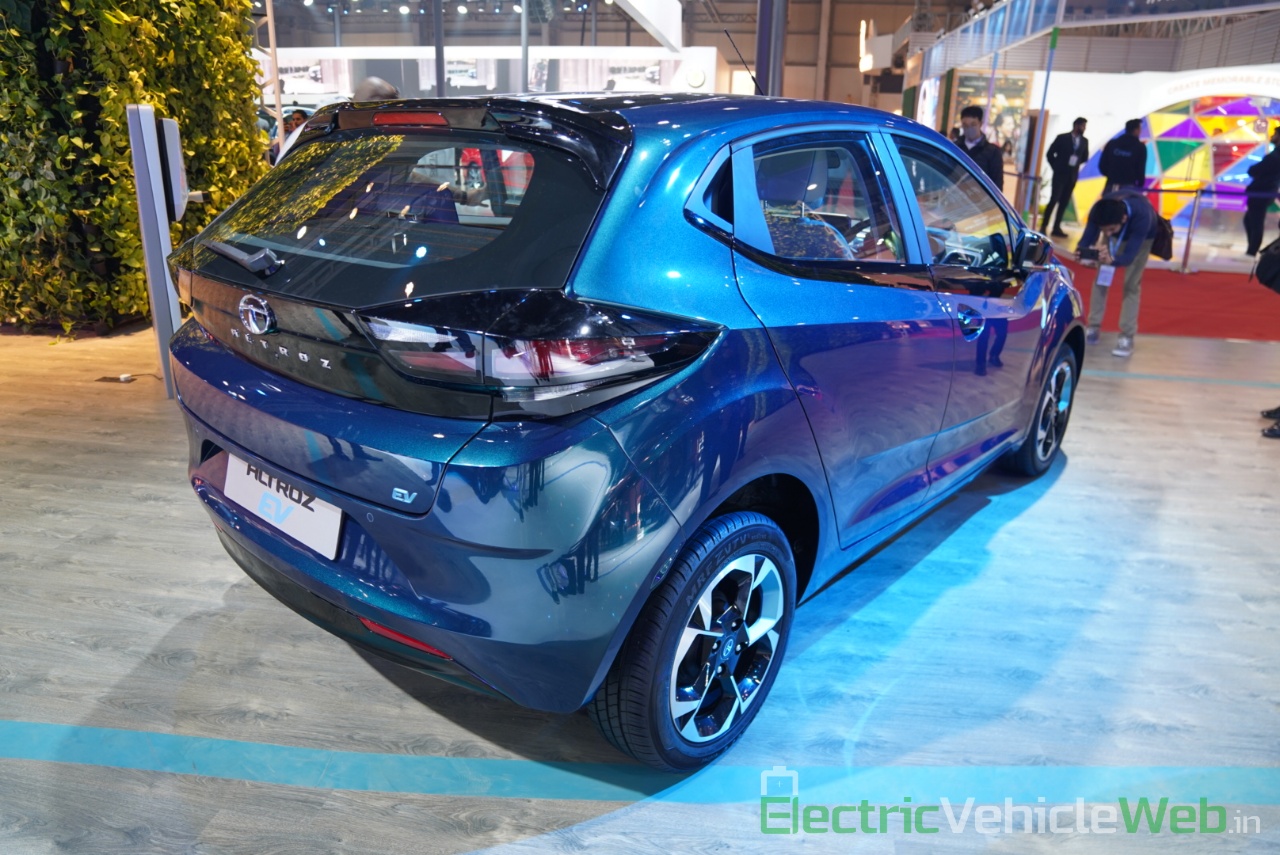 Update – Tata Motors’ Pratap Bose has shared a rare image of an early clay mockup of the Tata Altroz project at the UK Design studio, one of the designs that did not make it to production.

This particular model features a cleaner bonnet that is smoothly integrated to the grille (without a step), a taller intake, unique three-tier lights (an overkill, if you ask us) and a grille bezel. The ‘blunt nosed’ Altroz could have been shortlisted to the final round as it looks very close to the production car in the DLO, doors, mirrors, etc. When a project is approved, the company’s design studio creates several full-scale clay models which they present to the company’s board of directors, and one design advances to the next stage of development.

Throwback Thursday. One of many clay models for what became the Altroz, in our UK Studio :). Painted clays are so cool. Really a testament to the skill of our clay modellers :)))

The Tata Altroz has received an acceptable response from the Indian public and thanks to a dynamic design and a 5-star safety rating from Global NCAP, this is not a ‘me too’ product in the premium hatch segment that is basically a three-horse race, can we say? – Maruti Baleno, Maruti Swift & Hyundai i20 are dominating the sales table. Now, the electric version of the Altroz is ‘charging up’ for its launch next year to serve customers who want a lower running cost and help the environment, and it will have changes ‘deeper than you think.’

The Altroz EV will be the first EV from Tata’s ALFA platform and unlike the Nexon, the Altroz doesn’t have much ground clearance to pack the battery under the floor. Pratap Bose, Vice President – Global Design, Tata Motors, wasn’t happy with the first design with the battery in place, as the raised height and floor made the car look like a crossover and not an hatchback, reports AutocarIndia.com. Tata’s engineers have worked around the problem and packed the battery in the floor without affecting the cabin space or the ground clearance. The Altroz EV has could also get a larger set of wheels for a sportier look, adds the report. Details about the suspension changes are expected to be revealed closer to the launch.

As Pratap Bose has confirmed, the Altroz EV will be getting a flat floor as the drive selector and the hand brake have been relocated to a purpose-made centre armrest. This will give the electric hatchback a ‘walk through’ feeling though the effect is more for the visual sense of space. Bose also said that the difference between a normal car and an EV version will be much deeper.

If you take Altroz EV for example, the flow of the centre console is totally different from the ICE version. There is no tunnel as the floor is completely flat and gives you a walk through feeling. For an architecture that is not a ‘born-EV’ but an electrified one, we have been able to do that console. So the changes go deeper than you think.

Pratap Bose talking to ElectricVehicleWeb at the Auto Expo 2020.

The Altroz EV will be powered by the same Ziptron technology that made its debut with the Tata Nexon EV. Fitted with a battery that powers a 300-volt AC motor, the Altroz EV is expected to have a range of around 300 km in the ARAI test. The battery uses a liquid cooling method and can be charged from 0 to 80 per cent in 60 minutes with a fast charger. Expect the Altroz electric to also come with the ZConnect connected car features.

Pricing of the Altroz EV is expected to be very competitive and closer to the normal Altroz. In conversation with EVW, Shailesh Chandra, President, Electric Mobility Business & Corporate Strategy, Tata Motors has said the that the price of the Altroz and Altroz EV will be about 25 percent, and expects it to come down further.

I expect that it will be easier for us to package batteries and other components in Altroz because the ALFA architecture is already electric-ready. We will drive commonality across the products as far as EV powertrain is concerned to generate scale and therefore bring down the cost.

Chandra said that the pricing also depends on the segment and not about the price point. The segment decides the premium that has to be paid and that even though a low range product can be launched, it will not drive the mass adoption and therefore it’s a balancing game.