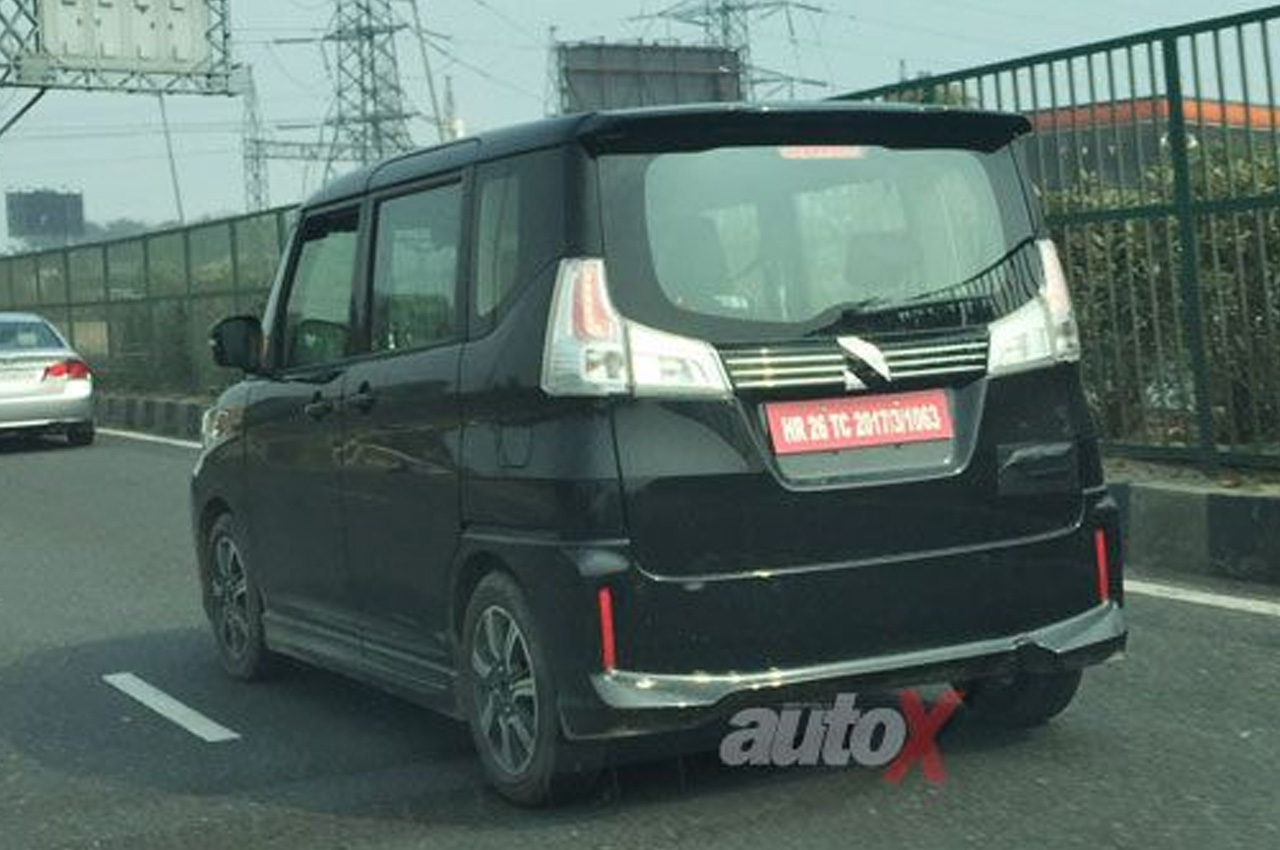 The Suzuki Solio series has once again been photographed in India and this time the company is seen testing the ‘Bandit’ version, as captured by autoX. Though the car has been spotted several times in the last few years on testing duty, it will not be launched in India, but more on that later.

The Suzuki Solio Bandit is different from the regular variant with its premium touches including split headlamps, redesigned grille and bumper, alloy wheels etc. The car also gets dual-tone paint theme.

The Solio Bandit is what is known as a ‘Kei’ car, measuring under four metres in length, and reserved for sales in the Japanese market. The current generation Solio Bandit adopts Suzuki’s parallel hybrid system that combines a 1.2L engine and a Motor Generator Unit (MGU) to an Auto Gear Shift (AGS) that offers instant power and two driving modes – Normal and Eco. The hybrid system also enables the Solio to be one of the most fuel-efficient cars with 32 km per litre under Japanese test conditions.

Now, there were many reports that the Solio was coming to India as Maruti’s compact seven-seater, but given that the car is designed as a five-seater to Japanese vehicle standards and is over 3 years old, it makes no logical sense to give this speculation a second thought. The Solio is either testing Suzuki’s new 48V hybrid system that the company is planning to launch globally in March 2020 or the Japanese spec vehicle’s full-hybrid system explained above.

Maruti Suzuki is expected to showcase the new hybrid system on the Maruti Swift at the Auto Expo 2020.