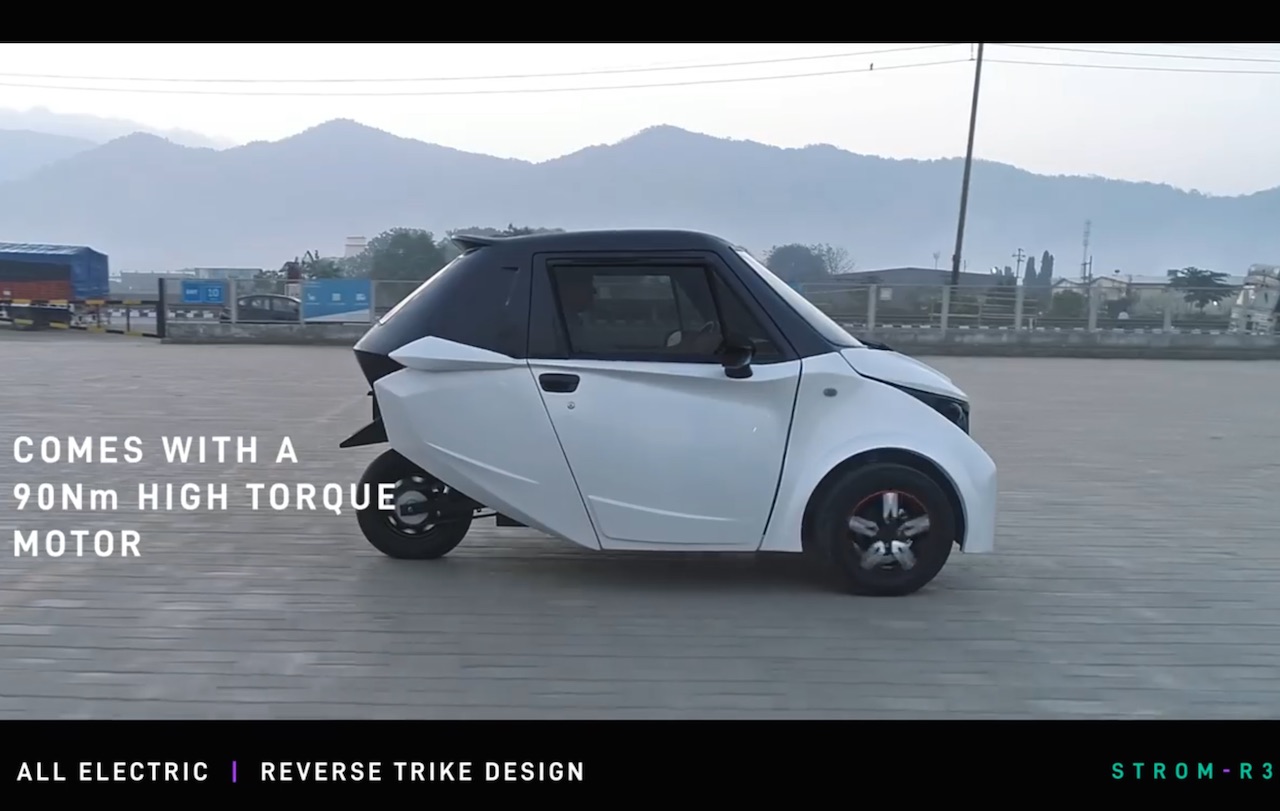 After showcasing the Strom R3 at the CES 2020 in January, Strom Motors is preparing to launch the three-wheeled electric vehicle in India post the Coronavirus lockdown. We had a chat with Pratik Gupta, Founder – Strom Motors this week and here are the excerpts.

You had said during the CES 2020 that pre-orders would start within a few weeks. Are they open at this point?

Pratik: We were going to do it mid-March and we had pre-orders & launch plans for Mumbai. All had to be put on hold right now and what we are doing is we have made the new website live with all the details. We are getting a lot of enquiries on a daily basis, so we are collecting all the information and letting them know that soon we will be open for pre-order, have a launch and they can test drive the car. People have already begun reaching out to us since we launched our website a few days ago.

Currently, our team is talking to lots of interested people for both dealerships and for buying. We are creating a database of people who are interested; I think it stands around 400 to 500 right now. It is good and helps us to keep moving forward. In terms of the company, we have been in lockdown since the second week of March and we haven’t been able to reach the factory as that whole area has been sealed off. It’s anybody’s guess when we will be allowed back. Right now, nothing on the factory side is active. We are in constant touch with the suppliers. Most people are like that – they either have access to the factory but the workers are not there. Some factories are suffering as the workers have migrated back to their hometowns, so they don’t know when they can start production. Even for us, we think as a responsible company we should not start taking money for pre-orders unless we know when we can start production.

Also because of the monsoon and all the issues in Mumbai, we think that August is the earliest where we can do a launch and start collecting pre-orders. Deliveries of the car, which were going to be around October or November timeframe, will now be moved to January 2021. Everything has been moved by three to four months now.

Can you give more information about the factory, its production capacity, etc?

What are the cities that you would be targeting initially?

Pratik: We are only doing Mumbai now and the neighbouring regions. Maybe Pune will open up now because we think the demand will be little softer in Mumbai itself, so maybe we will have to open up to Mumbai and Pune and then move on to other cities. We are also talking to a lot of B2B players who are interested. These are recent developments especially after CES 2020 and we might do a few pilots around the country with them in Tier 2 or Tier 3 cities. That is still under negotiation and discussions right now.

The version that is going to be launched in August, is it the same car that you showed as a prototype in 2018?

Pratik: The car that you could see in our website right now has minor upgrades on the exterior and lot of upgrades in the interior. The form factor will remain the same. We have new videos on our Facebook page and our website. We have had four demo cars before CES and now we have had investors and industry experts to come in and drive. We were to call journalists in March to test drive the cars but that never happened. So, we will first have the drive for journalists and bloggers and simultaneously have the launch in the same week.

We have been hearing about the price of the Strom R3 through media reports. What kind of price range can we expect?

Pratik: We have already been talking about the price around Rs 4 lakh kind of a price. The car will be available in three variants – 120 km, 160 km and 200 km ranges. At the time of launch, we would be taking booking only for the 200 km range variants. This will be slightly higher than Rs 4 lakh, but we would try to keep it controlled. Post COVID-19, we are worried about costs from China as the LG cells could come from Korea or China and that is a significant component for us. Right now, we are not getting any updated cost either from the vendor or directly from LG because everybody is keeping everything on hold right now. So, that is what our present strategy is and we hope to stick by it.

When you showcased your product for the first time, what was the cost of the battery and today how much has the cost come down?

Pratik: International costs have come down significantly. I would say costs have come down by a minimum 30 per cent but we don’t see the same cost reduction in India because LG requires a MOQ (Minimum Order Quantity) of 10 million cells. All of India doesn’t need 10 million cells right now. So we never get the preferential pricing or also the cost of battery pack manufacturing, which is done in India now, it is still at low volume production. We are not using automated solutions through and through, as the critical components are automated and the rest is hand driven.

When we showed the car in 2016, we were only promising 80 km of range and we have pumped that up quite significantly to 200 km. After a certain point, the consumer is ready to pay for the convenience and 200 km gives you the convenience that you can be worry-free. So that is the decision we have taken. We could have come with an 80 km car at a much lower pricing, but I think the market will appreciate a better product and down the line, we will have more variants.

Pratik: Our numbers are ARAI but also real world. That’s what we are also little perplexed about how car companies are getting very different ARAI and real world numbers. We do the tests following the same ARAI procedures and get the same numbers in ARAI and real world. So the ARAI tests have been designed to be matching the Indian specs, but for some reason for EV cars and four-wheeler cars, the tests give some exaggerated numbers of 400 km and all that. But in the real world, they still end up getting 250 or 270 or 300 km. Even in two-wheelers, the numbers are a little exaggerated. In our case, both are same. 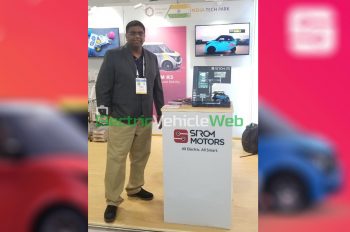 Strom R3, the three-wheeled electric vehicle from Mumbai-based Strom Motors, has been showcased at the CES 2020 in Las Vegas. The fully-electric two-seater is expected to be priced at Rs.4 lakh ex-showroom. 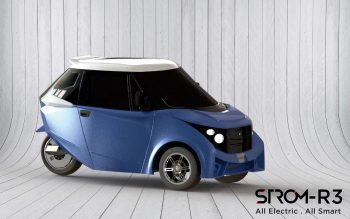 Strom Motors will be participating in the Consumer Electronics Show (CES) 2020, to be held at Las Vegas, USA from 7th to 10th January, 2020. Strom Motors will showcase its Strom R3 electric vehicle at the show.