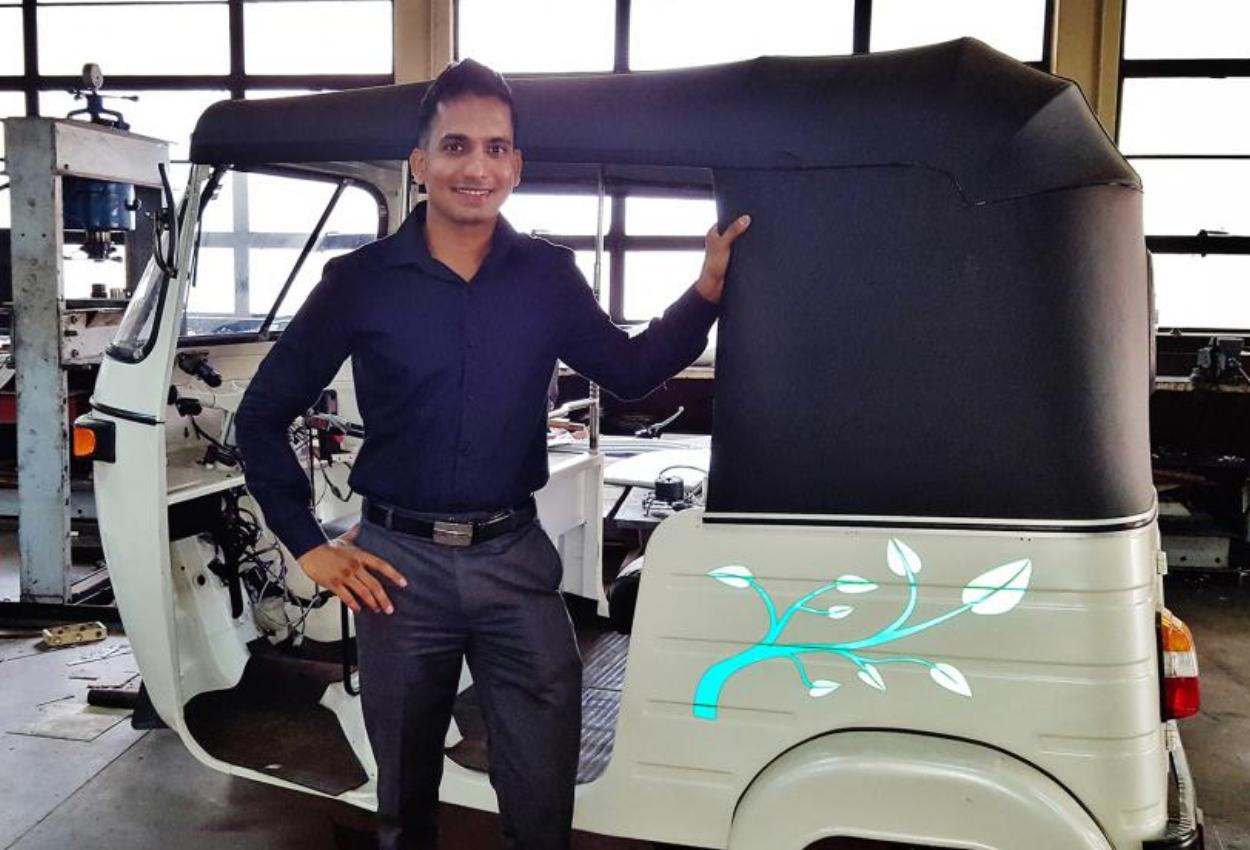 Sasiranga De Silva, a Sri Lankan engineer and a lecturer, has developed an affordable electric conversion kit for tuk-tuks or Bajaj auto-rickshaws. Working as a lecturer in the Department of Mechanical Engineering at the University of Moratuwa, De Silva turned his focus to tuk-tuks as there are over a million of them operating in Sri Lanka and to develop an electric conversion kit would mean higher margins for drivers. Bajaj Auto is yet to launch the electric version of the auto rickshaw that has been in the development stage for the past 2 years and only sells petrol and gas versions.

The electric kit is based around a rechargeable lithium-ion battery and costs around $2,300 and De Silva believes that as the kit will save up to $1,000 a year for the drivers, the cost of the kit should be favourable. De Silva says that it has been a challenge to sell the kit at that price as he’s using the lithium-ion batteries, which are not cheap but last longer. He says he plans to run campaigns to educate the drivers about climate change.

For his innovative electric kit, De Silva won a $20,000 grant from UN Environment as part of the Asia-Pacific Low-Carbon Lifestyles Challenge last year. He will also be receiving business and marketing training as a part of the grant. The Sri Lankan government has banned importing two-stroke tuk-tuks and is also offering low-interest loans to promote conversions to electric.

De Silva wants to bring down the battery capacity to below 6 kWh, which is now averaging around 7 to 8 kWh to do a distance of 100 km per charge. He hopes his battery pack will offer a range of 110 km per charge, and in the latest BBC story, the presenter, on interviewing him, says the cost of the kit is expected to come down to $1,700 to make it more attractive to operators. De Silva says that though the converting the tuk-tuks to electric will be a challenge, he believes more significant changes are coming soon. He says that in two to three decades, fully-electric and fuel-cell cars will be getting power generated through solar and other renewable sources.

Bajaj Auto is almost ready to introduce its electric autorickshaw, and the variant is expected to launch in India in the coming months.