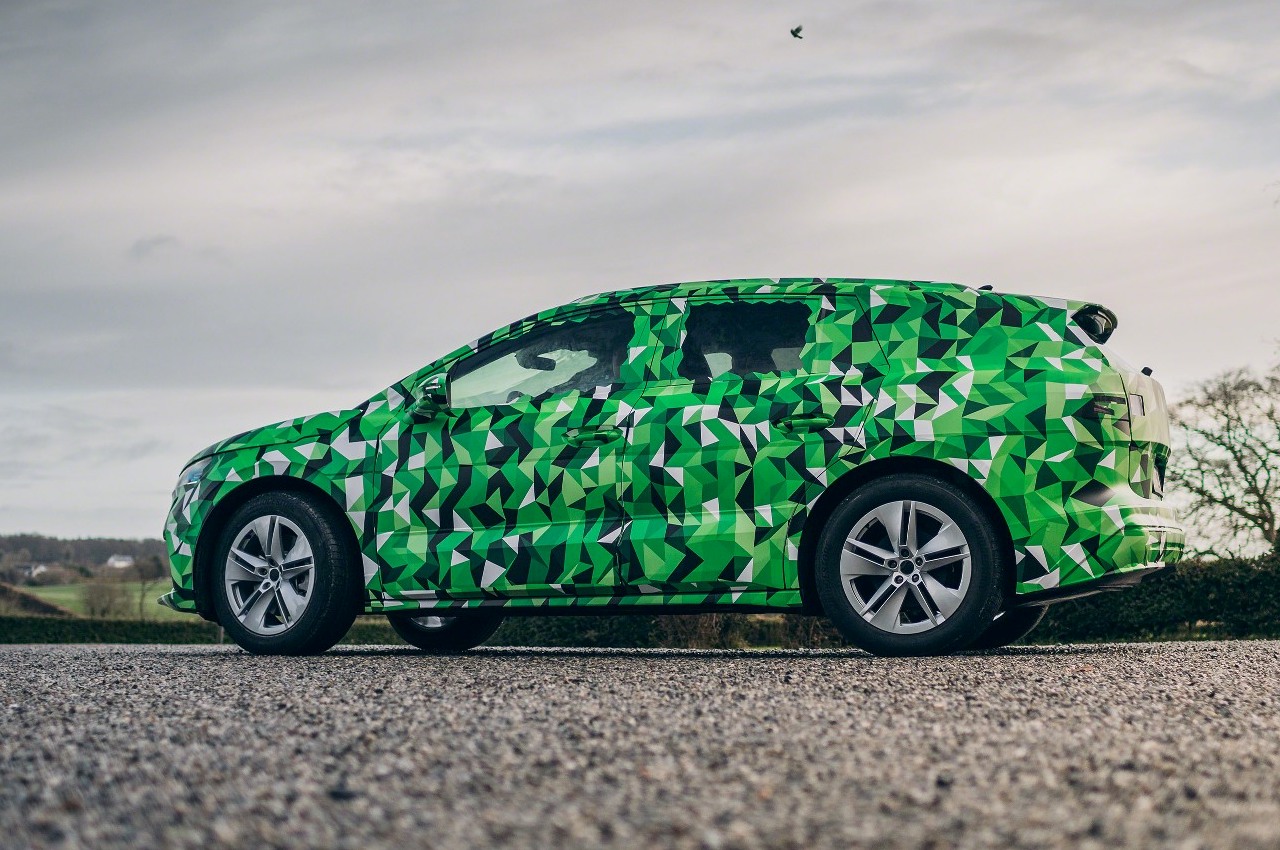 Years before an electric car can enter production, it has to go through rigorous testing for millions of kilometres. These testing often happens in plain sight, in the public roads to mimic the actual road conditions. Manufacturers go through great lengths to hide their new design and styling elements as well as hide their new technology. This is achieved by covering their test prototypes with a camouflage covering or a wrap. This is done to cover the contours and design elements of the soon-to-be-launched cars. While this can be a challenging task by itself, Skoda are taking a brand new approach to it by adding patterned liveries and wraps in their electric prototypes

Before Skoda introduces a brand new model to the general audience, prototypes would have gone through thousands of hours on test rigs and in climatic chambers. They cover up to two million test kilometres in road driving alone. These tests are performed in different continents to put the car through multiple climatic conditions and terrain. The final production vehicle should be reliable in both, extremely cold minus 30 degrees Celsius as well above 40 degrees Celsius. Cars are put through their paces in the extreme heat, high humidity conditions, dusty off-road trails, snow and on iced-over surfaces and in the end, the public roads where the car would spend the majority of its life. Florian Weymar, Head of Total Vehicle Development at Skoda said, the rules and regulations of public roads must be followed in addition to the actual purpose of making a car unrecognisable while testing under the camouflage layer. Each prototype will have functioning indicators and brake lights and all of the required sensors, regardless of the effort it takes to camouflage its design.

Camouflage artists in Skoda are bringing creative solutions to the table in designing and developing camo wraps. They skillfully inculcate different patterns, 3D and colour contrasting effects to manipulate the spotter’s eyes. They sometimes go to the lengths of hiding secret messages in the camouflage design.

It is the same story inside with blackout fleece fabrics stitched into loose covers for the cockpit, instrument cluster, touchscreen infotainment, centre console, HVAC controls and air vents. These comprehensive camouflage techniques are applied until the official presentation of a car, keeping customers and media in suspense till the unveil.

Camouflage specialists at Skoda also team up with Skoda’s marketing experts to create creative solutions for special events. For instance, the Skoda Kodiaq lead the final stage of the 2016 Tour de France sporting a red, grey and black camouflage wrap which attracted attention during the Tour’s grand procession down the Champs-Elysées. Skoda took a rather fun approach in 2019 before the launch of the Octavia. The test cars featured a bicolour camo wrap in yellow and orange to have a fun game of “Catch me if you can” with Skoda fans. Fans who uploaded snaps of the camouflaged vehicles on social media platforms could have won an exclusive invitation to the Octavia’s world premiere in Czech Republic. The testing prototypes of the Skoda Scala featured a pattern of dashes in white and blue.

Skoda engineers who specialize in camouflaging prototypes spent nearly 120 hours developing the concept for disguising the first pure electric SUV, the Enyaq. In the process, they took up close to 18 square metres of camouflage foil.

Car spotters will be able to catch the prototype of the Skoda Enyaq near the company headquarters in Mladá Boleslav. It is the first production model from Skoda based on VW’s new MEB electric car platform. The Enyaq iV will offer a multiverse of configurations with three battery sizes and five power variants to choose from. This is coupled with a fast-charging option for shorter charging times. Along with the powertrain options, the Enyaq iV will be offered in either rear-wheel drive or four-wheel drive with the maximum travel range of 500 km.

Looking at the pattered green livery of the prototype, it looks to have a bold design language and a step ahead compared to existing Skoda models on offer but we reserve our judgement for when the covers will officially be lifted. The Enyaq will offer plenty of space and could be a comfortable place to spend long hours thanks to entertainment features like a 13-inch touchscreen display that would boast state-of-the-art connectivity.

The Enyaq iV will carry the torch of Skoda’s e-mobility era which began with Citigo iV and the Superb iV. The Enyaq will be one among ten electrified iV models to be introduced between 2019 and 2022. 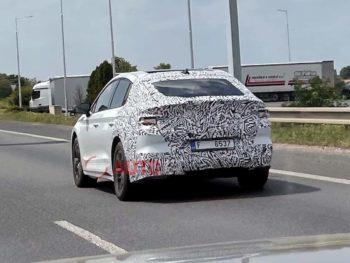 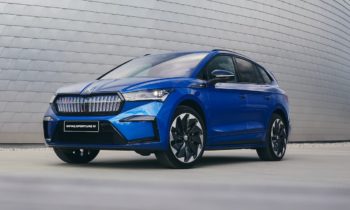 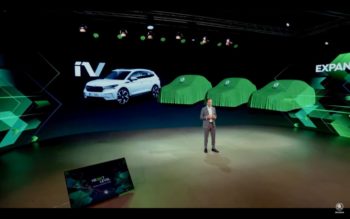