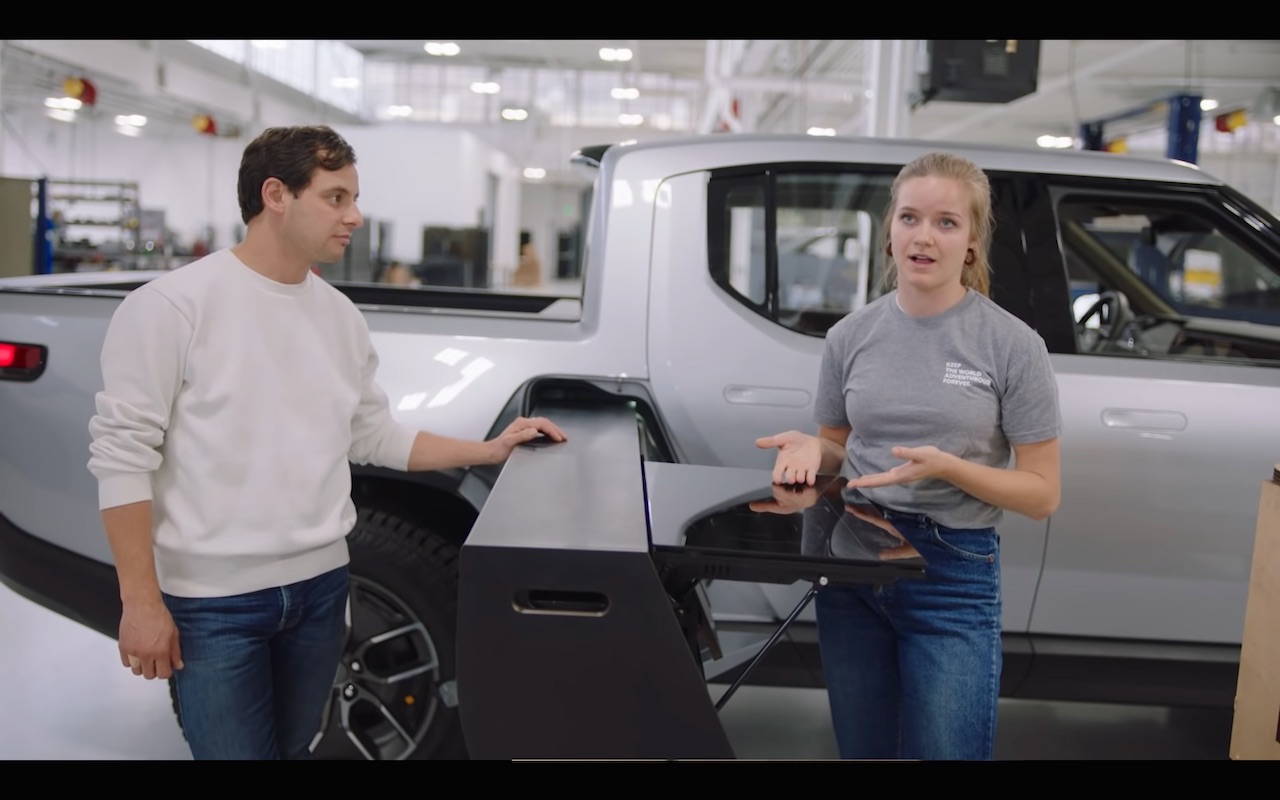 A Rivian patent suggests that the company has made an improvement in charging speeds and charging rates of its vehicles.

From what we understand from the technicalities, the patent describes a configurable battery system. This would allow the electric vehicle to adopt a voltage switching module which can accept charging voltages of either 450 or 900 volts and use less expensive components. It also highlights the voltage switching module’s ability to find and diagnose faults within the battery without disconnecting the battery load to make it reliable.

The Porsche Taycan has the highest charging capacity at 270 kW closely followed by Tesla Model 3’s 250 kW. These are the closest rivals to Rivian’s R1S and the R1T in terms of performance. Rivian is planning to update the charging capacity of both its models to 300 kW as reported by musclecarsandtrucks.com. This would mean the Rivian duo will have both the fastest charging times and rates for EVs.

In the case of the Taycan, the charging time for 5-80 percent SoC (state of charge) is 22.5 minutes at a 800-volt high-power charging station with a maximum charging capacity (peak) of 270 kW.

The R1T’s powerplant of quadruple electric motors produces up to 750 horsepower and 829 pound-feet of torque (1,124 Nm). Rivian also claims the R1T has a 400-mile plus range from a 180 kWh battery. This combined with the new charging speeds should make it a very desirable option for consumers in the utility vehicle market segment.

Deliveries of the Rivian R1T electric truck is slated to start in 2021 and more details of the Tesla Cybertruck and Ford F-150 challenger are trickling in. Recently the company released a video showing the truck’s camping features including a portable kitchen.

The video shows how the team from Rivian were involved in the design and development of the R1T pickup. They went on trips that involved mountain biking, camping, skiing and more activities that could be categorized adventurous. They talked to people who would want a vehicle to do what their current vehicles can’t. Based on the feedback, the Rivian team has included many features that add to the value of the pickup as an adventure vehicle including a removable flashlight in the door, a rubber strip at the end of the tail gate that makes sure the things won’t fall off when placed on it, etc.

The team’s dislike for traditional roof racks is understandable as they are not good to look at, spoils the aero and adds weight. They wanted the Rivian R1T’s racks to be as streamlined and invisible as possible and the focus was on corks that are strategically placed and can be quickly disconnected. Storage space is another thing that the folks at Rivian can’t stop talking about! Apart from the space in the rear bed and in the front, there is more space in the gear tunnel which houses a portable kitchen that slides out of the side of the vehicle. The camp kitchen comes with features such as induction stove, sink, workspace and the camp classic, the cast iron cooking pan.

To further the truck’s adventurous spirit, there’s a portable tent that can be set up atop the rear bed and a flexible crossbar system to satiate your requirements. The Rivian team believes that people don’t have to give up their adventurous side to have an EV and the R1T is the result of that belief.

The R1T is driven by independent electric motors on each wheel that makes a combined power of up to 750 hp. There will be three battery packs to choose from – 105 kWh, 135 kWh and 180 kWh, with the largest battery offering more than 640 km of range in a single charge.