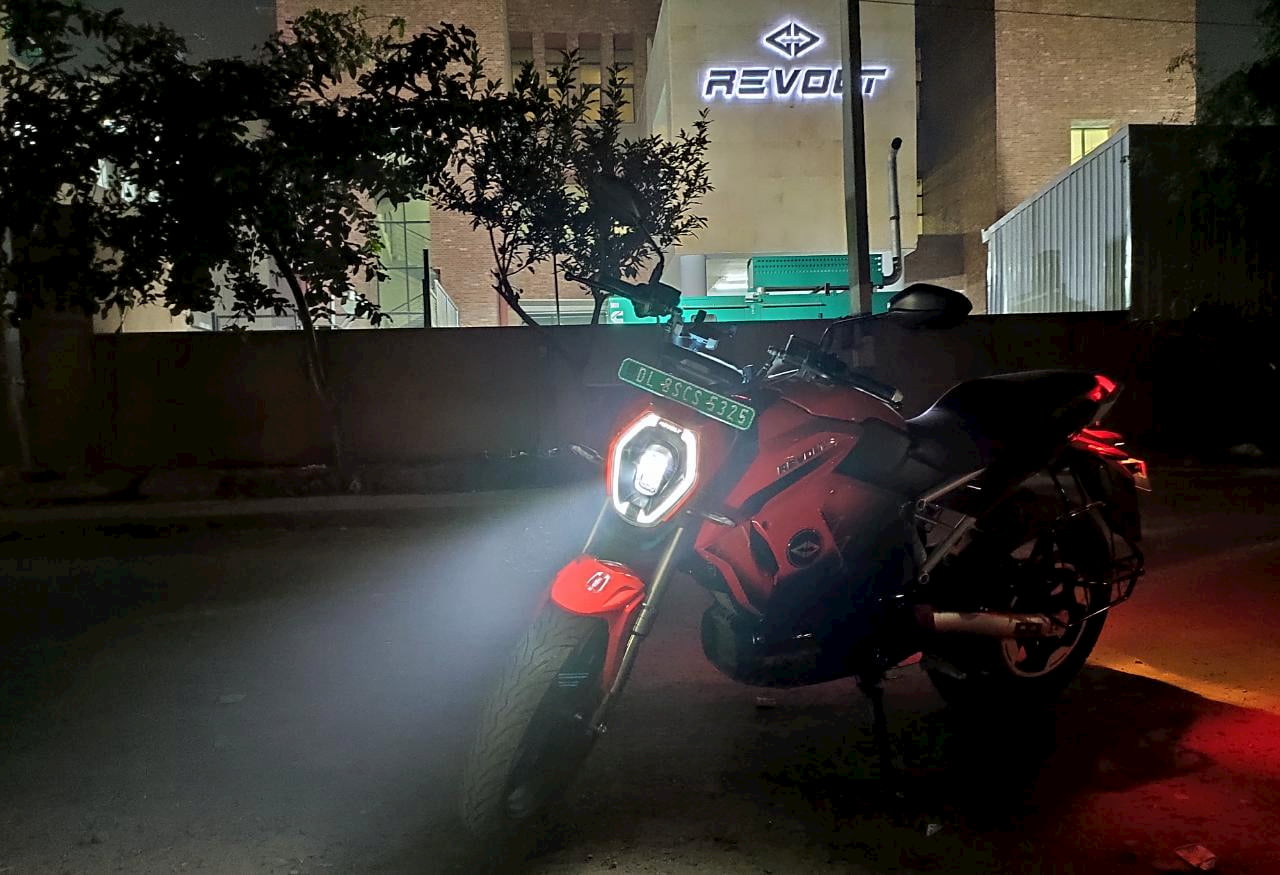 When you switched to your EV, the Revolt RV400, how did it feel?

I have a BS3 Tata Indica from mid-2006. I am just keeping it for the happiness of my parents because they have memories with this car. I was looking for a two-wheeler one year ago, but with BS6 two-wheelers just around the corner, I didn’t want to settle for an older, BS4 product. Also, BS4 models needed more maintenance and were more polluting. The higher refinement levels of BS6 models was tempting.

In July 2019, I heard about Revolt Motors and started searching about it. I took a day to think about it. I saw the video in which Rahul Sharma (Founder & CEO, Revolt Motors) unveiled the Revolt RV400. He claimed that the new electric bike would have a range of 156 km. I thought that I can achieve a range of at least 120 km in the real world, and that’s what realistically I got later on.

I booked the Revolt RV400 with a deposit of INR 1,000 without looking into other specifications. No other specifications were available at that time. There were some speculations that the launch will take place in August. Around the 28 August 2019, Revolt Motors sent me an email for the launch announcement and an invite for that event in New Delhi.

The launch was a memorable event for me. When the founder Rahul Sharma was explaining its features, like how the My Revolt Plan pricing structure will be, that really amazed me. Even if we consider that the net amount we pay under My Revolt Plan is higher and makes the bike more expensive compared to opting for Revolt Cash Down which was introduced later (October 2019), it was still attractive pricing for me. I am a working professional and have another regular EMI going on. So, I didn’t want to pay the entire amount upfront.

I booked the bike on 29 August, and the same evening I went to the showroom, but they didn’t have the sales staff to explain the buying process. They asked me to visit 2-3 days later when someone from Ratan India Finance team would be available. Revolt Motors has a tie-up with Ratan India Finance. I realized that it’s not going to be a straightforward process. Earlier it seemed like Revolt Motors will handle the financing, but that wasn’t the case. Ratan India Finance came into the picture, and the typical loan process started.

Then I waited till October and went to the showroom in the first week of that month. They told me that they may deliver my Revolt electric bike by next week. Then they registered my bike at RTO on 12th. On 13th morning they said I’d have to visit the showroom for delivery in the evening and that Rahul Sharma’s brother would come to the showroom for the key handover.

3-4 people from each Revolt Hub got delivery on 13th. They have four showrooms in Delhi, in North, South, East and West.

How many kilometres have you ridden thus far?

I haven’t ridden much, because I moved closer to my house after getting married recently. Also, I wasn’t able to go to the office for a while because of the COVID-19 pandemic. I have ridden 4,500 km.

Did you previously own a bike?

No, but I had used a TVS Apache 160 briefly in the past. There were so many vibrations on that bike’s footpegs that I couldn’t ride at speeds over 60 km/h. When I had a test drive of the Revolt RV400 on 1 September 2019, the first feeling I got was that it was a vibration-free experience. That made me think that I made a good choice.

How is the performance and range of your Revolt RV400?

I use my Revolt RV400 mostly in the Eco and City modes. I use the Sport mode rarely, when I feel like having fun on the highway. In the Eco mode, even with a load of 160 kg, 10 kg more than the maximum recommended load, I have achieved a range of 140 km. In the City mode, I got a range of around 105 km. I used this bike to go from Gurgaon to the Auto Expo 2020 venue in Noida. On the way to the event, I rode it in the Sport mode and received a range of 70-72 km. On the way back, I rode in the City mode and got a range of around 105 km.

Have you tried battery swapping?

I have tried battery swapping twice, but not more than that because I am already getting good range with the battery that came installed from the factory.

Can you explain the battery swapping procedure of Revolt RV400?

The battery swap stations have a person appointed directly by Revolt Motors. That person has a mobile app to upload all the relevant data to the company’s server. The same data is reflected in the MyRevolt app of the customer swapping his/her Revolt RV400’s battery. The MyRevolt app shows the number of battery swaps done, the percentage (SoC) at which the swaps were done, the battery swapping stations used for the swaps, etc.

When we enter the battery swapping station, we are asked for the RC. Alternatively, the chassis number can be noted down. They usually have ten batteries available, one or two for the Revolt RV300 and the remaining for the Revolt RV400. We have to get off the bike and slot the key below the rider seat to open the battery compartment. It takes five minutes to swap the battery.

How has been the charging experience at home?

Initially, I used to take the battery out of the Revolt electric bike to charge it at home. Then when I moved to another place, I started living on the first floor. I created a custom charging box to the charge the battery separately. The charging time for 0-100% SoC is around 4.5-5 hours. It consumes around 4 units.

What are the changes/improvements you’d like to see in the Revolt RV400?

The seat is not that comfortable, because the rider slides ahead on braking. Maybe Revolt Motors can offer a seat cover. The MyRevolt app needs a fix because sometimes it doesn’t update the latest data of the bike because of a connectivity issue with the server. Also, the app syncs every 10-15 minutes automatically. It would be good to have an option to even manually refresh the bike information whenever we want to.

One more minor issue is that road-water splashes on the seat, which means that the mudguard needs to have a better design. Lastly, the electric bike needs an alternative start/stop method. Currently, we can do that only with a remote, which sure makes those operations really convenient. But in case we lose the remote, it’d be nice to have an option like start/stop via the MyRevolt app. Revolt Motors has informed us that it will roll out such a feature where we can use the mobile app for starting the bike instead of the key fob.

ElectricVehicleWeb.in reader Kamlesh has been riding it for close to a year now. Here’s his ownership review of the flagship Revolt electric bike.