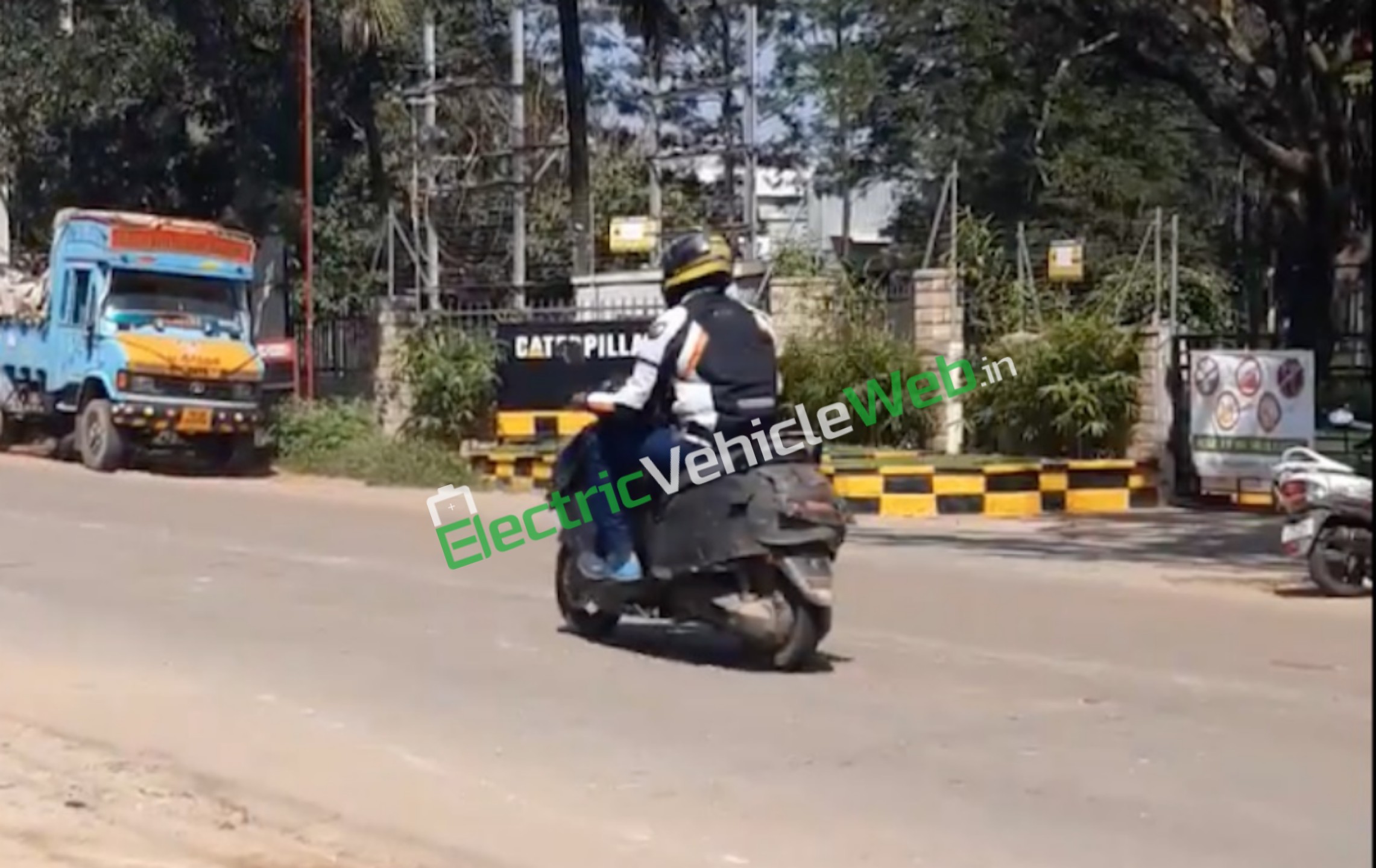 ElectricVehicleWeb.in today brings you the first look ever at what we believe is TVS’s new electric scooter ‘whizzing’ past our reader Srinidhi in Hosur a short distance away from the company’s production facility. Srinidhi, who knows his automobiles, mailed us the video writing that the characteristic ‘hum’ of the electric motor was unmissable from the side of the road. The TVS electric scooter has been in the pipeline for at least three years and is the firm’s second attempt at an electric model after the Scooty Teenz in early 2008. TVS Motor’s CEO K N Radhakrishnan, said last June that the company would unveil its new electric vehicle by the end of the financial year (by 31 March 2020). The firm has confirmed the development of an electric scooter series two years ago.

From the spy video, it becomes clear that the electric scooter features a sharp front-end with a stepped apron like the TVS Creon concept, front disc brake, telescopic suspension, roomy floorboard, and a contemporary body design that has the rider seated in a comfortable and upright riding position. At the rear is a hub-mounted motor and a conventional tail section like that of the Jupiter. From what can be observed, this wide-body model is a Bajaj Chetak challenger and may not attract Ather 450X buyers who prefer a radical design.

TVS has not confirmed anything yet about its production electric vehicle, but the TVS Creon electric concept brought to the Auto Expo 2018 leaves hints. It featured a “next-generation 12 kW electric motor” which offered a 0-60 kmph acceleration in 5.1 seconds with a range of 80 km to the charge. Unlike the Chetak, the Creon offered fast-charging, taking the charge to 80% in 1 hour.

The concept scooter is based on an Aluminum lightweight perimeter frame designed in the interest of offering the required chassis stiffness for good handling, diamond-cut alloy wheels with wide section tires and single-channel ABS. Like the concept, expect the production vehicle to have space for a full-face helmet under the seat and a USB charger.

At the Auto Expo 2018, TVS Motor said it was collaborating with American technology firm Intel to launch both electric and hybrid scooter series that would be champions in green energy and smart-connectivity.

Had TVS Motor participated at the Auto Expo 2020, one would have expected the announcement to come at the show. Nevertheless, expect official information to arrive in the following months.

Bajaj Auto’s Chetak and the TVS iQube were the most anticipated new electric scooter launches in India this year. See how many of them have been sold here. 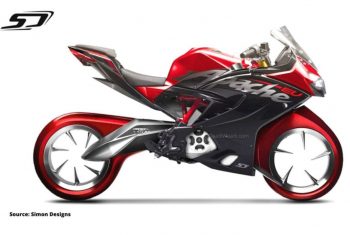 For 2020, TVS Motor Company launched the Apache RR310 with updated features, new body colour and new tyres. Indonesia-based Simon Designs is looking much ahead, and has produced digital concepts of the Apache RR310 ‘Electric’ version. 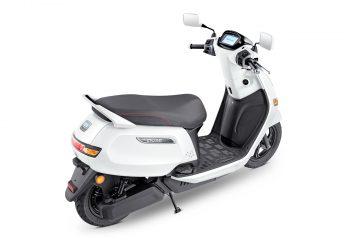 Electric vehicles will have a share of 35% of the Indian two-wheeler market opines Venu Srinivasan, Chairman, TVS Motor Company in interaction with EconomicTimes. com. Mr Srinivasan has said that TVS has to have an experience curve in the EV segment to design their own batteries, motors and other components of an electric vehicle.