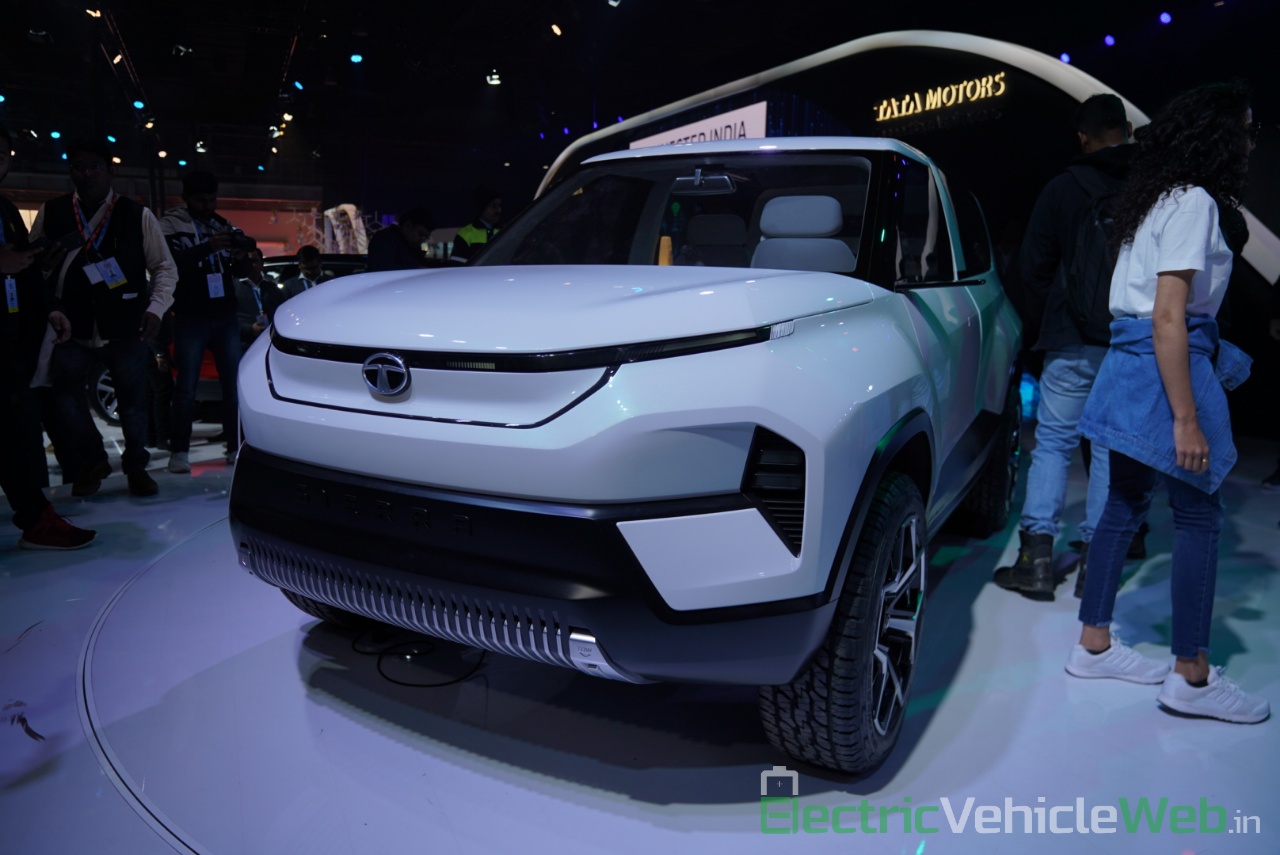 Despite the uncertainties brought forth by the COVID-19 outbreak, premium B-SUVs Hyundai Creta and Kia Seltos are grabbing a significant share of auto sales in India and the first to show recovery after the lockdown.

SUVs succeeded in making INR 10-20 lakh a high-volume price segment, something that sedans that came before them failed to deliver. Promising higher margins and the opportunities to showcase differentiated technologies, premium B-SUVs are an attractive proposition for automakers in India to strengthen their brand and spin volumes profitably. However, Tata Motors, historically a pioneer of creating segments in the Indian auto market, is one of the few companies not selling a car in this segment.

The premium B-SUV is arguably one of the most opportunistic market segments with a stable future, especially this decade when the nation prepares for its shift to EVs piggybacking premium ICE vehicles. So, the comeback of the Tata Sierra seems more critical than ever before.

The Tata Sierra is one of the iconic SUVs of India, and Indian car lovers have desired its revival for two decades. At Auto Expo 2020, Tata Motors surprised fans with the Tata Sierra EV Concept, hinting the comeback of the legendary SUV. Sub-4m models such as the Tiago, HBX and Nexon are the mainstay on the company’s business plan for the foreseeable future, but we reckon an all-new Tata Sierra would bring many new customers in the form of conquest sales to the homegrown automaker besides proving as a tempting upgrade.

At 4,150 mm long, 1,820 mm wide and 1,675 mm tall, the Alfa-Arc platform-based Tata Sierra EV Concept is quite smaller than the Kia Seltos and the Hyundai Creta. If put into production, the next-gen Tata Sierra would have an ICE variant as well for the project to make economic sense.

Given India’s unique tax structure for ICE vehicles, a 4.1 metre SUV would put it in No man’s land, being neither short enough to be taxed lower nor big enough (and as spacious) to match the size of its arch-rivals. So, Tata Motors would think of a production version with a slightly longer body as the Alfa-Arc is applicable to vehicles measuring as long as 4.3 metres.

The production Tata Sierra would sport the signature wraparound glasshouse. Adding two rear doors on the sides would be a challenge in a vehicle like this, but from the concept, it looks like Tata Motors has found a solution in sliding doors. While the concept had only one sliding door, the production model could employ a special panoramic sunroof to achieve the same effect. While we doubt either of them would be a touch-operated one like that of the concept, one can expect digital key usable via smartphone and smartwatch.

Tata Motors hasn’t signed off the relaunch of the Tata Sierra yet, and it may take a few years before we see one on the road. Given the new RDE & CAFE norms on the horizon, electrification would be inevitable in the case of SUVs. Tata Motors is working on rolling out hybrid technology in its big models like the Tata Harrier. It could offer a 48V mild-hybrid powertrain in the all-new Tata Sierra. It’s too early to be talking about the specific engines or gearboxes right now. Similarly, in the case of the electric variant, the powertrain technology and the customer preference for range and power could different.

The Tata Sierra EV would be among the models to house a battery pack, including the cells of its batteries, made in India. Even the motor is expected to be manufactured locally. Companies from the Tata Group will lend a helping hand in the EV push at Tata Motors, including Tata Chemicals, Tata Power, Tata AutoComp and Tata Elixi.

Tata Chemicals has been working with Tata Motors for Lithium-ion cell manufacturing. It has already procured a land of 126 acres in Dholera to establish a plant for the same. Tata AutoComp also is expected to have a hand in further localising the components of Tata electric vehicles, like the motor, in the next few years. New developments in this aspect are emerging every few months.

The all-new Tata Sierra and the Tata Sierra EV could be the most high-end products coming off the indigenously developed Alfa-Arc platform if Tata does not seek an external platform partnership to deliver the product. While Tata Motors hasn’t said if it will launch these models, it’s probably a question of when not if. That’s at least the direction the soaring demand of premium B-SUVs is pointing towards.

Tata Motors’ Head of Design Pratap Bose talked about the Tata Sierra EV Concept with us at Auto Expo 2020 (February 5, 2020) and said that he’ll do all he can to make it a production model:

The Sierra electric concept is more of a study than some of the previous cars because this is not even a program yet in the company. I’m going to try with every bone in my body to make this into a production product.

But true to what we’ve been showing since the Nexon concept (Auto Expo 2014), we want to keep as much of the (concept) car. I mean we don’t have an intention to produce it, it was literally a concept study (from the UK Design Studio), but apart from a few ‘concept element,’ most of the size, dimensions, wheel and tire size – it’s all very real. We’ve showcased this sliding door, that will give us some options to retain the rear glass enclosure.

During the same interaction, Bose revealed why Tata Motors is going back to old nameplates. None of the company’s model that existed 10 years ago is on sale anymore:

The Sierra is iconic no doubt about it, but it is also the one that has been away from the market longest compared to the other two SUVs (Sumo and Safari). But it has not left anyone’s mind and heart. This is a very phenomenal, crazy thing! Having not been on the market for a couple of decades, people go about it as if it is a current car. It shows therefore the profound socio-cultural impact it had, I think it’s a part of India’s collective memory, that car. Therefore we wanted to bring it back.

As you said bringing back an icon is always loaded with pressure as if you get it wrong you get absolutely hammered by the lovers of the original and anyone who is new to the brand, born in the 1990’s or noughties, who is about 20-25 today, it alienates them as well. So you lose out on both opportunities, and therefore we have treated it with a lot of care, we’ve not been a slave to the past, we’ve created this car with the spirit of the original and then one or two signature elements we can’t leave behind, but interpreted in a new way – you can do sunroofs today therefore this U-Shaped glass – that offers 180 degree vista.

Shortly after the interview, we pointed out how Twitter would have played a role in him directly hearing the voice of the SUV customers and enthusiasts, to which Bose quipped that not a day goes by on his social media without someone bringing up the Sierra topic and that with the concept presentation he may have made his life harder as followers will now chase him for the real car!

When will Tata Sierra EV launch in India happen?

Tata Motors hasn’t confirmed a Tata Sierra EV launch, but if planned, 2023 could be the year.