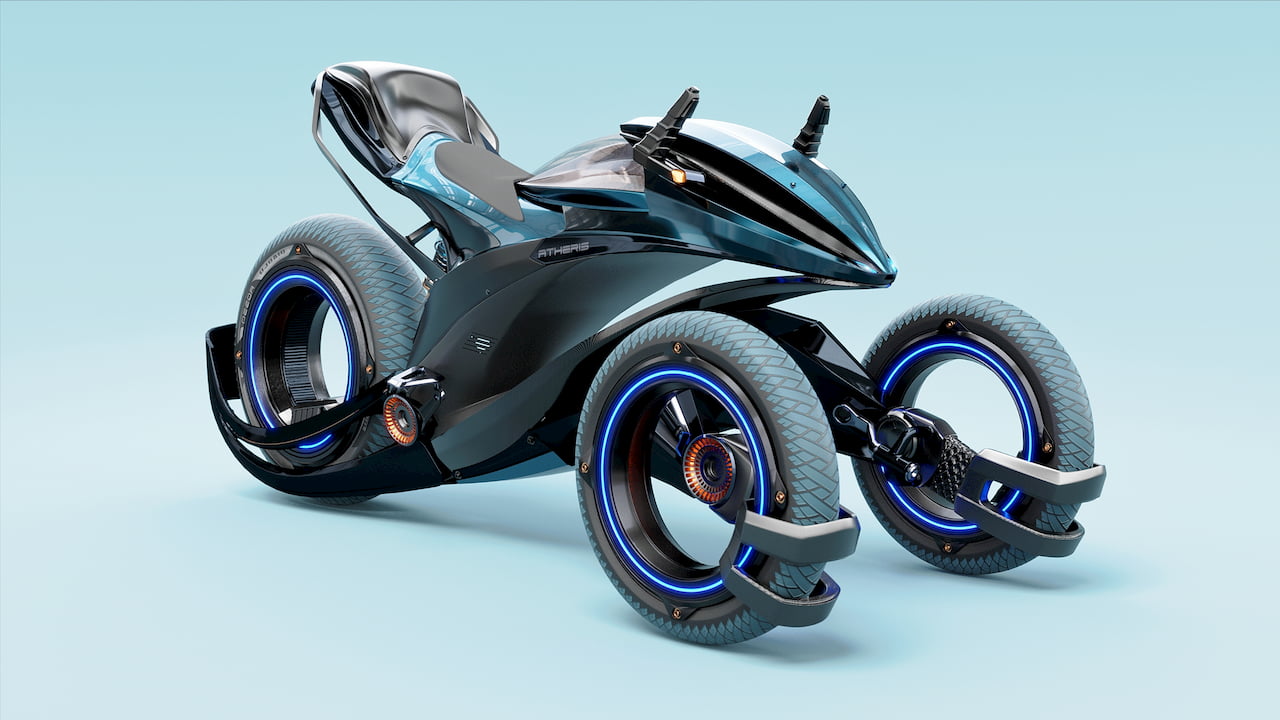 Radical trikes like the Yamaha Tricity, Yamaha Niken and even the modest electric Hero AE-3 are forbidden fruits in India but why let that stop imagination? Fueling excitement in the niche segment, Orxa Energies’ designer Harshul Verma has designed a tilting three-wheeler called Orxa Atheris Concept. This is the same Indian startup company, based in Bangalore, that is preparing to launch the Orxa Mantis performance electric bike.

The Orxa Atheris Concept looks more radical than the aforementioned Yamaha Leaning Multi-Wheelers (LMWs). Its forward-leaning stance is quite surreal, and so is the pillion seat height. The swooping lines and the curvaceous bodywork are also key to the dramatic design.

The vertical handles mounted on the sides of the front fairing and the absence of a brake pedal suggest that this tilting three-wheeler has some unconventional form of acceleration and braking. The most outlandish feature are the hubless wheels.

We spoke to Verma about the Orxa Atheris Concept and below is how he explained its design:

While designing, I kept in my mind that it should look from the future. The whole form feels like it’s come from a sculpture. The inspiration has been a bush viper, which is a silent predator. That attribute goes really well with the form-factor of the bike; it’s silent and at the same time filled with aggressive performance. Hence the name Atheris, which originally is the scientific name of a bush viper. The bike has a very organic, reptile-like feel to it; starting from the front, it splits back into the tail, where the swingarm encloses the wheel around it.

Coming to the front, the main flaw a trike has is that it cannot lean like a normal bike. But in this trike, I have provided some leaning mechanism in the front. There are three sections, which completely make the trike lean as a traditional motorcycle would, providing the fun and the enthusiasm while riding it.

The Orxa Atheris Concept is a pure electric trike. It is just a design study, and if it were real, we’d have specced it with a dedicated motor for each wheel, for ample grip and abundant power. Verma has named the Orxa trike concept Atheris, not as a reference to crosstown rival Ather, but to highlight the inspiration behind it – Atheris Hispida, a viper snake. He sees a bike like this coming to showrooms in some 10-20 years and imagines some really futuristic technologies in it.

Since the bike is for the future, like 2030 or 2040, it is packed with really far-fetched technologies such as hubless wheels. That’s not all. Instead of ball bearings, the hubless wheels have electromagnetic strips around it. The same technology has been used in the rear monoshock.

The advantage of an electromagnetic strip is that it is much smoother, frictionless and really fast, as compared to a ball bearing. Since the monoshock is electromagnetic, the rider can increase and decrease the strength of the magnetic pull and repulsion by providing an adequate amount of current to it. The intelligent suspension can detect the terrain. If it’s a really jerky terrain, it provides smoother absorption and if it’s a plain, smooth road, it becomes tauter.

Not only the cycle parts also the powertrain technology of the Orxa Atheris Concept is a peek into the future, according to Verma: 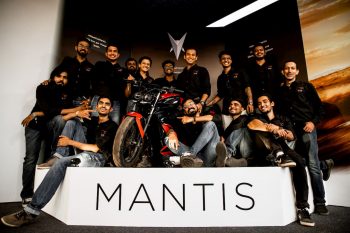 ElectricVehicleWeb.in caught up with Ranjita Ravi, founder of Orxa Energies, on how the electric bike is shaping up and what are the launch plans and future of her venture.