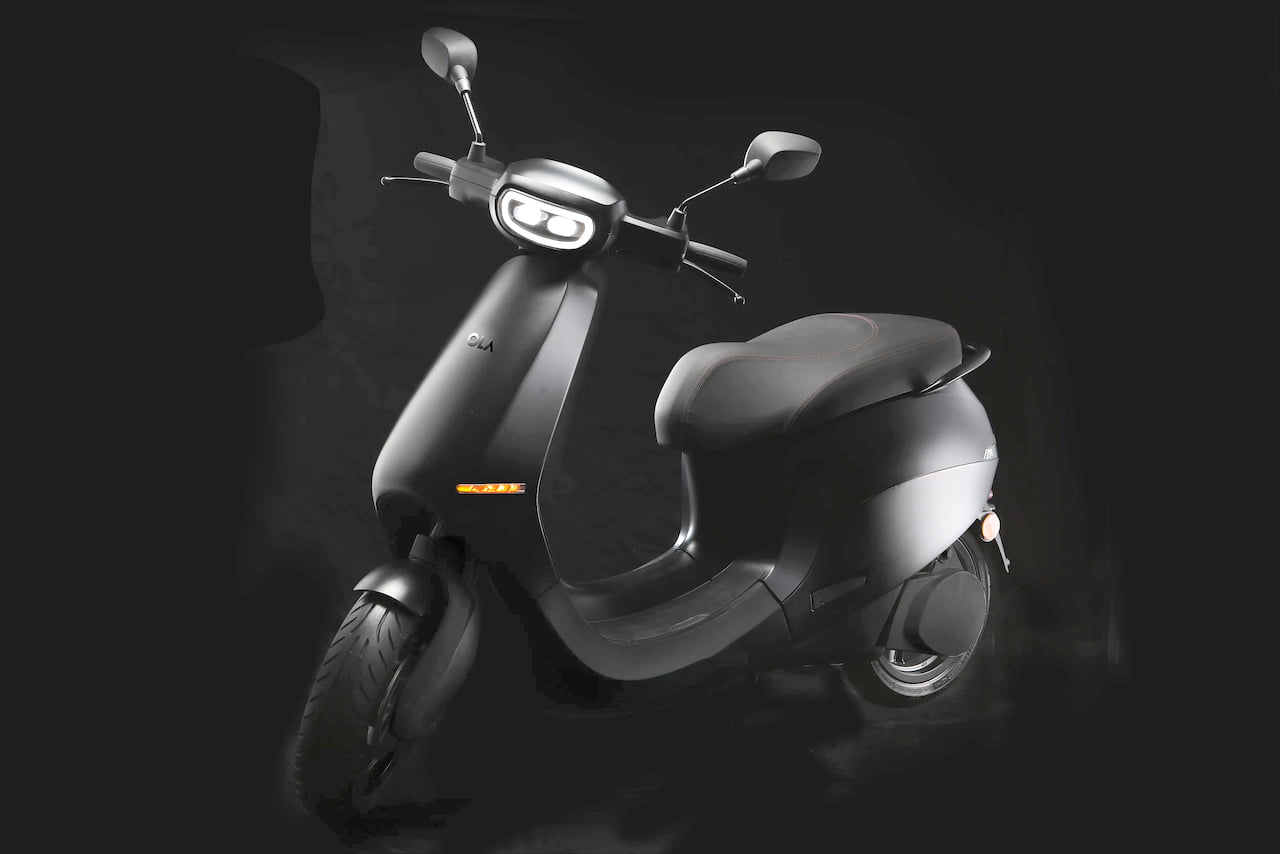 In early December 2020, Ola Group CEO Bhavish Agarwal said that the company would be launching the Ola electric scooter (which is yet to receive a name) in New Zealand in 2021, in turn contributing to the New Zealand government’s aim of on-roading 64,000 new EVs by end 2021 and helping its public sector become carbon neutral by 2025.

Agarwal, who recently spoke to PTI (article published in The Economic Times), highlighted the brand’s international aspirations, again. He said European markets would be key for the Ola electric scooter, scheduled to be launched in India in July. The plant, which is coming up in record time, can manufacture one scooter every two seconds and 10 million two-wheelers a year.

France, Germany and Italy were highlighted as strategic markets for the brand, while UK and Spain are also on the radar. Agarwal confirmed that Ola Electric would start selling globally this year and highlighted that India would continue being the launch market for the electric scooter.

Ola Electric is also in the process of setting up its Hypercharger Network, which it claims will be the world’s largest electric two-wheeler charging network when complete. The mission has a lofty goal of setting up chargers in 400 cities, 100,000+ charging points, and offering 75 km (46.6 miles) of range in 18 minutes. A part of the Hypercharger Network will be automated, multi-level parking and charging systems in popular areas across cities. Hypercharger would be considered on a case-to-case basis as in some developed countries, the company’s own charging infrastructure may not be necessary at scale.

Agarwal hinted that the company could introduce electric cars in the next “couple of years” and that Ola Electric would update these charging networks for their four-wheel products eventually. In April 2021, the company announced the appointment of Yongsung Kim as global head of sales and distribution. Kim has previously held top roles in the sales divisions of Hyundai and Kia.

Ola electric scooter based on the Etergo AppScooter

Ola Electric acquired Etergo BV, a Dutch electric scooter company, in May last year. With this acquisition, the company hopes to quickly release its first electric scooter in the market without going through the long and expensive journey of developing a platform and product. However, the Appscooter has gone through a series of changes to make it more relevant in terms of cost and new technology.

According to a report from YourStory, the Ola electric scooter will have two portable battery packs weighing 10.5-11 kg (23.1 – 24.2 lbs) each. Bhavish Aggarwal, Co-Founder and CEO, Ola, has said that the company is designing, engineering, and manufacturing the battery packs and battery management system in-house. Ola will also make the motor and software.

Colour scheme and branding changes aside, the instantly visible difference is the model featuring thin LED turn indicators on the front panel instead of the handlebar. It has the same rectangular headlight that, in the words of Thomas Swart, Etergo’s Design Team Lead, gives the scooter a character that is “happy and intelligent.”

The Ola electric scooter will weigh approximately 100 kg and offer enough storage space to fit two helmets. The dashboard has a built-in sim card to allow the rider to enable phone calls on the go, and it’s possible to play music and activate safety features using it. Other recent reports say that the top speed and range will be 100 km/h and 100 km (62 mph and 62 miles), respectively.

Construction of the Ola electric scooter’s plant in the southern Indian state of Tamil Nadu began in February. Ola Electric plans to bring the world’s largest two-wheeler factory up in record time in an estimated 10+ million man-hours. A short video reveals what one can expect from this record-breaking facility:

The first phase of the “mega-factory” will become operational in the coming months, and that will provide Ola with an initial capacity of 2 million electric scooters a year. With the completion of Phase 1 at the 500-acre site, the company will start manufacturing the Ola electric scooter and exporting it to markets like New Zealand.

The European technology company’s IRB 5500 paint robots, IRB 2600 Integrated Dressing robots will be in charge of the painting and welding lines of the Ola plant. The mobility company will source ABB IRB 6700 robots as well, and that will be for assembly and material handling in the battery and motor assembly lines.

In January, Ola announced a tie-up with Siemens for the upcoming electric vehicle plant. The partnership with the German conglomerate will allow the company to access its integrated Digital Twin design and manufacturing solutions for digitalizing and validating product and production before beginning operations.

Ola plans to build its factory on Industry 4.0 principles, which Siemens claims to be a global leader in. This highly advanced manufacturing facility will make use of almost 5,000 robots. The company has also said that the Ola electric scooter will “reimagine” customers’ expectations from a scooter.

The factory will be AI-Powered with Ola’s own AI Engine and tech stack integrated within every aspect of the manufacturing process, continuously self-learning and optimising every aspect of it, says the company.

Ola Electric has roped in General Motors veteran Jose Pinheiro to head its global manufacturing and operations. Pinheiro previously held the post of Vice President of Manufacturing for GM Latin America, based out of Sao Paulo, and has 45+ years of leadership experience.

Amsterdam-based Etergo was founded in 2014, and they revealed the AppScooter in 2018 with an innovative design and features LED DRLs, headlamp and tail lamps, single telescopic suspension in the front and horizontally mounted shock at the rear, a 7.0-inch touchscreen display that can be connected to a smartphone and controlled through handlebar buttons. In the Ola version of the electric scooter, Ola Play, the company’s own connected platform and NavIC, the global positioning system, is likely to be installed.

The Appscooter can be fitted with three battery modules, each with a 1.16 kWh capacity and 80 km range. The electric motor makes a maximum power of 6 kW and a maximum torque of 135 Nm at the wheel, which allows the scooter to go from 0 to 45 km/h in 3.9 seconds. The software is based on Android OS, compatible with iOS, has WiFi and Bluetooth connectivity and can receive over-the-air updates. The AppScooter also boasts 50-litre under-seat storage. These specifications are expected to change in the Ola Electric Scooter, the details of which will be announced in the coming weeks.

Experts believe that electric two-wheelers will become more relevant in the post-COVID world and Ola Electric is aiming to transform the global two-wheeler market into a clean energy future. Previously, Aggarwal said that electric mobility is the future and there is an opportunity in the post COVID world to accelerate the adoption of electric mobility globally. He added that he is very excited to welcome the entire Etergo team to Ola Electric and is looking forward to making Ola’s vision a reality by working closely with them. 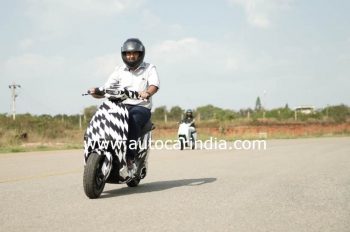 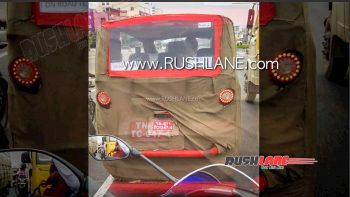 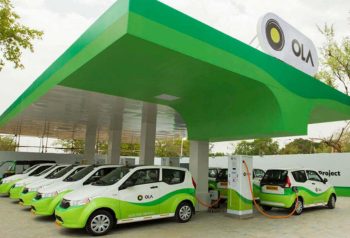