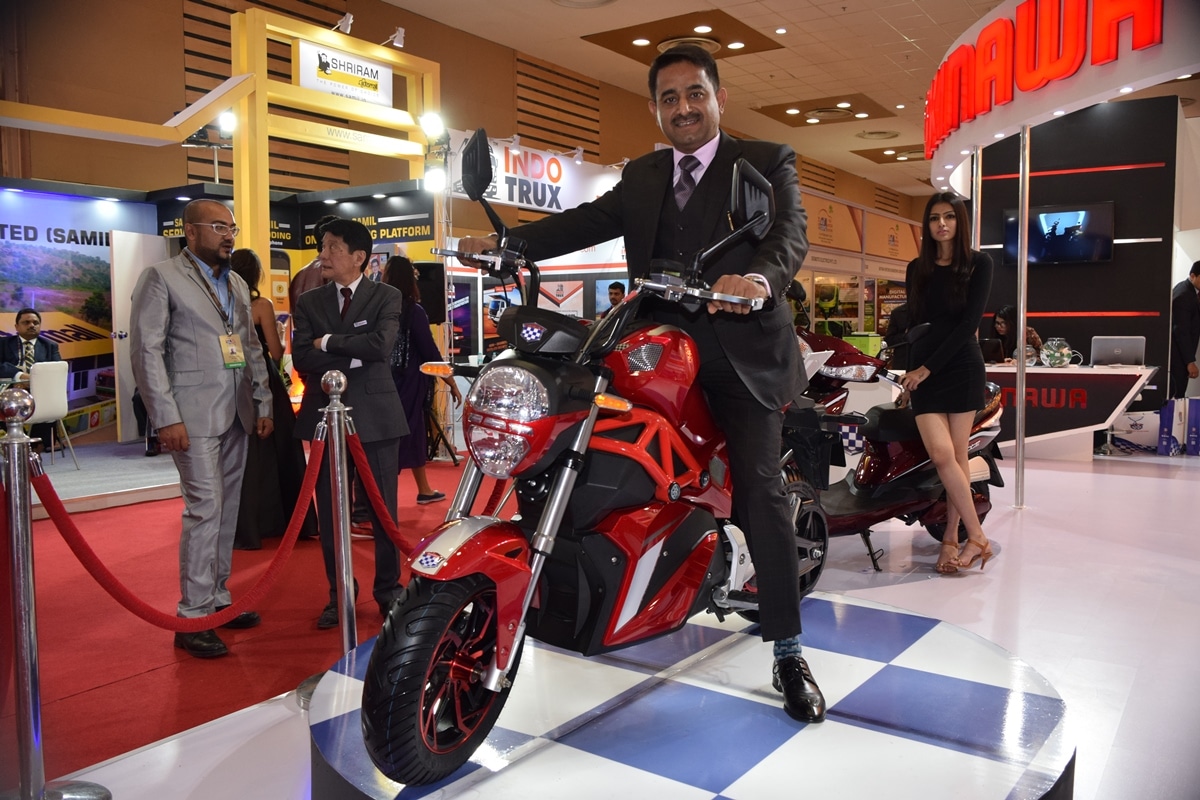 Okinawa Scooters had announced this year that the Okinawa Oki 100 electric motorcycle will be launched in the third quarter of FY 2020-21 (Oct-Dec 2020) and that it will be a highly localized product.

Currently, Okinawa’s products come with over 90 per cent localisation and the company is planning to launch a range of models that will be 100 per cent localized with the Oki100 at the starting gate. Apart from the battery cells, all components of the electric bike are to be made in India.

The Gurugram-based electric two-wheeler manufacturer that is targeting sales 40,000 electric vehicles this fiscal year, is ready to enter the electric bike segment. Okinawa already has a good line up of electric scooters, first of which was launched three years ago and the company has been launching products frequently having displayed the Okinawa Cruiser at the Auto Expo that is slated for a launch in early 2021.

The Okinawa Oki 100 is under development for two years and was showcased as a concept bike at the Auto Expo 2018 (featured image). However, there will be changes in the production vehicle:

In terms of size, technology and power the Oki 100 will be different from the concept. In terms of size, it is as good as an IC-engined motorcycle. The specifications that we disclosed at the Auto Expo 2018 such as the speed and range are the same. Apart from that, it will be a connected vehicle and it will have many other new features.

Okinawa Founder and MD, Mr. Jeetender Sharma to EVW on the sidelines of the Auto Expo

We caught up with Jeetender Sharma this week to get an update on the electric bike, and here’s what he told us:

EVW: When do you plan to bring out the Okinawa Oki 100?

Jeetender Sharma: We originally said that we would launch before Diwali, we are working hard to make that happen. We were under lockdown for 2.5 months, and the development had to be stopped. We are confident of launching it in the 3rd quarter of this year (October – December 2020). We will try to make the Diwali deadline, but it depends on how other things move due to COVID-19.

EVW: Will the product be called the Oki 100 or are you planning a different name for this electric bike?

Jeetender Sharma: That is still not decided, it is still under discussion with our marketing and brand people, let’s wait for the outcome.

EVW: How many units of the Oki100 are you planning to sell in the first year?

EVW: Which market and customer segment do you think would the Oki 100 be most popular in?

Jeetender Sharma: The Okinawa Oki 100 will go pan-India, we are getting a lot of request from rural and urban areas for this electric bike. I think we should not stick to some segments or markets. Our presence is already secure in most of the cities in India, in more than 200 cities, so we cannot limit ourselves with the electric bike.

The target customer for the Oki100 is the youngster mainly because its a high-speed vehicle and in terms of technology it will be a connected vehicle. If you consider the motorcycle as a segment, it is male-oriented. When we planned to launch the Oki100, in our mind we had young people. It can be anybody in this age category, whether it is a metro city or rural areas, that doesn’t matter, who is looking for a futuristic product. We have tested the bike in rural and urban areas.

EVW: In performance, would the Okinawa Oki 100 electric bike match a 125 cc petrol motorcycle? Is that your target customer?

Jeetender Sharma: With this motorcycle we are looking for the buyer who is considering a 125-150 cc model. It can be both, those who go for a sport model like the Bajaj Pulsar or a commuter like the Honda Shine. It is designed to attract both the segments because the best part of an electric scooter or a motorcycle is they have a good torque. The pickup is good, it reaches a good speed, the speed (top speed) of this motorcycle is going to be 100-120 km/h. That brings a certain charm or attraction to the consumer. They would get the same performance of a bike of around 150 cc category. The size will be comparable to an IC-engined motorcycle as well.

EVW: You’ve already said that you would localize 100 per cent of the electric bike (except the battery cells). Who are the suppliers for the project?

Jeetender Sharma: Our current mass produced scooter already have 92 per cent localized parts, those are the supplier who would make for the Okinawa Oki 100 as well. Shortly we will be inviting the media and at that time we would be talking more on this.

The conceptual Oki100, presented at the Auto Expo 2018 was powered by a 72V 63Ah lithium-ion battery that can push the e-motorcycle to a maximum speed of 100 km/h and provide it a range of 150 km. The battery is swappable, comes with fast charging as standard and can be charged in two hours. Like its competitors, the Oki 100 will get an all-digital instrument cluster and most of the features can be accessed through a mobile app.

The Oki 100 is expected to sport disc brakes at the front and rear with mono-channel ABS, LED headlamp and taillamp, and connected tech with the help of a dedicated SIM.

The e-motorcycle will be manufactured at the company’s plant in Rajasthan’s Teh.Tijara district. To keep the kerb weight low, the vehicle could be using aluminium parts. The expected price of the Oki100 is about Rs.1 lakh ex-showroom, which will make it the most affordable e-motorcycle in the country.

Apart from Revolt RV400, the Okinawa Oki 100 will face competition from the Pure EV motorcycle and the Hero electric motorcycle. Besides entering new product segments, Okinawa is looking to expand its dealership network to 600 outlets to increase its market share, having sold more than 60,000 scooters since the launch.