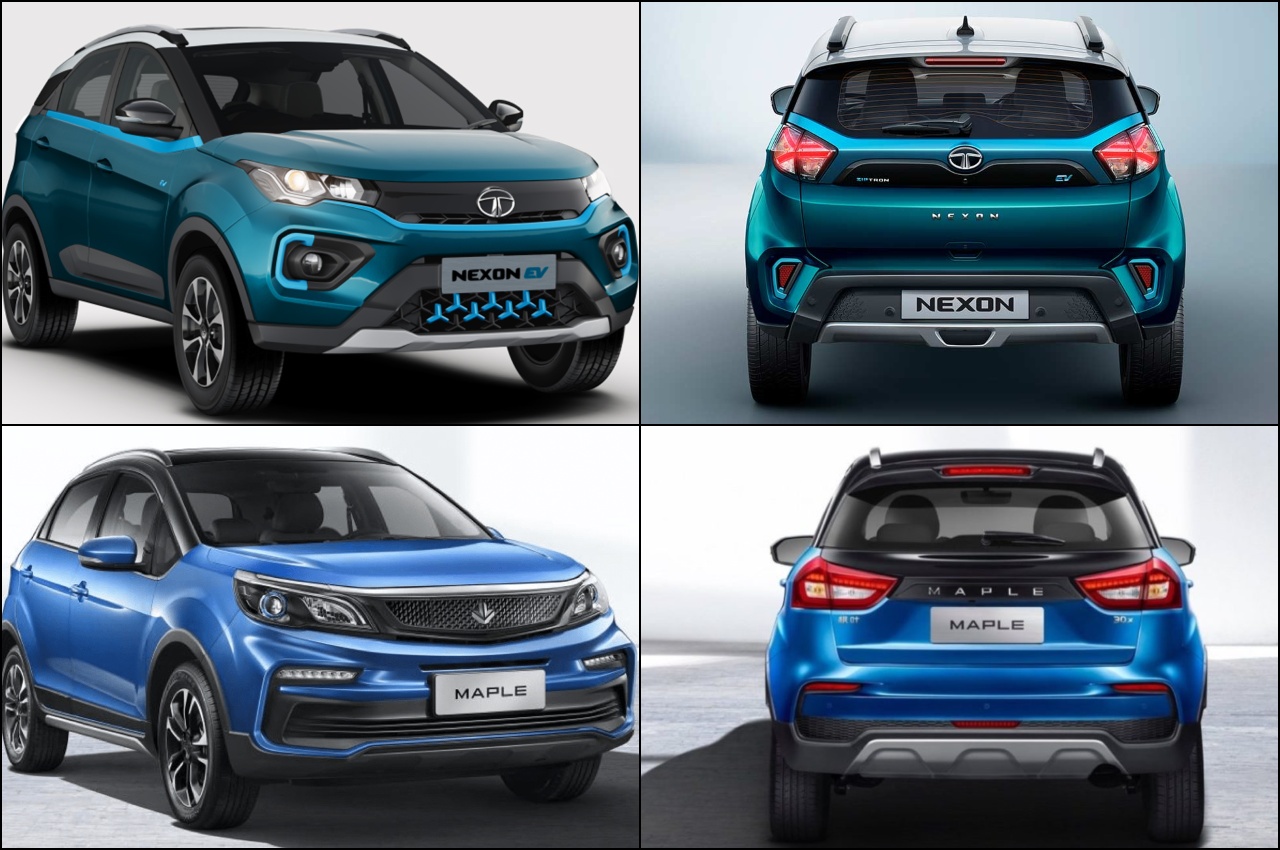 This week, the Indian web media has been comparing China’s new affordable electric car, the Maple 30x EV, with India’s best-selling electric vehicle, the Tata Nexon EV. Some reporters find so much in common between the vehicles that they accuse the Maple of being a clone or a cheap copy. But is it really?

Chinese automotive design for the most part had a reputation of not being original and up until a few years ago, even the mainstream Chinese brands took ‘inspiration’ from European and American cars and generated billion of dollars in sales from Chinese buyers who didn’t mind the lack of originality.

In recent years, Chinese brands, with new resources, have setup global design studios and lured some of the world’s top designers to create unique identities and the effects of that are starting to show, with cars like the Hongqi H9 that came out this year that are truly desirable. Hongqi of course is now designed by Giles Taylor who came from Rolls Royce, whereas Chery has hired Kevin Rice who was with BMW and Mazda before. British car designer Peter Horbury, who arrived from Volvo, is something of a turnaround specialist for Geely. That’s not to say that imitations are now a thing of the past and some of the older models still resemble those vehicles, but its a phenomenon attributed to manufacturers that sell cars in smaller towns and cities of China and one that may fade away completely within a few years as Chinese car companies find more expression.

The headlamps and the front bumper are different when compared to the electric Nexon; where the Nexon gets fog lamps, the 30x receives LED DRL strips. The shoulder line has similarities, but the roofline is more like a hatchback on the Maple. At the rear, the Maple 30x EV has nothing in common with the Nexon.

The interior of the Maple 30x is different from the Nexon EV. The Chinese EV gets a 30x GKUI intelligent infotainment system that sits in the centre of the dashboard, nestled between the AC vents on the above and AC controls below. It is powered by a 70 kW motor and has a range of up to 306 km per charge. The battery supports fast charging and can be charged to 80 per cent in 30 minutes with a DC fast charger.

In comparison, Tata Nexon EV is powered by 30.2 kWh battery pack and driven by a 127 hp permanent magnet motor. The Nexon EV offers a range of up to 312 km (ARAI) in a single charge and can be fast-charged to 80 per cent in 60 minutes. Tata Motors is retailing the electric SUV at 60 dealers spread across 22 cities in India for Rs 13.99 lakh to 15.99 lakh (before subsidies and taxes).