Nio plans to launch another sedan after the ET7, a smaller car that could be priced to sell in higher volumes. The Nio sedan will likely compete with global midsize electric cars like the Tesla Model 3 and the rumored Audi A4 e-tron that is said to arrive in 2024. The BMW 3 Series electric is another challenger set to come out in 2022.

Li confirmed during the Q3 earnings call in November 2020 that the company would introduce two sedans back to back and that it was generating these cars on the NP 2.0 platform. Li said that the two sedans would complete Nio’s portfolio and there wouldn’t be models bigger than the ES8. He also stated that while electing segments, the company does not want to serve the “rich market” hinting that both launches would be less expensive than the ES8.

It emerged recently that Nio is developing the new model codenamed ‘Nio Gemini’ with an annual production target of 60,000 units. When the codename and the annual production target came into the public domain via media reports, it was speculated that Gemini would be mass-market model. Ma Lin, Senior Director of Corporate Communications, Nio, has confirmed that the Nio Gemini isn’t a low-end product, as per a CnEVPost report.

The Nio Gemini midsize sedan would be a luxury model priced at a premium over comparable offerings from mainstream brands. However, the price would be much lower than that of the Nio ET7, which costs CNY 448,000/EUR 57,533 onwards pre-subsidy. German luxury brands are also developing electric sedans in the executive class such as the Audi A6 e-tron, the BMW 5 Series Electric (BMW i5) and the Mercedes EQE which Nio would be following closely.

Nio is working on an LFP battery, and for the benefits like lower cost and longer life it provides over an NMC battery, it is likely to strap it to the Gemini. According to a report from Yuguancheshi, Nio has made a deal for an LFP battery production line with CATL. Tesla already offers this chemistry in the Model 3 in China, and below is what William Bin Li, Founder, Chairman and CEO, Nio, thinks of it:

Of course, there are some inherent advantages of the LFP battery pack. A very important one is the cost. But there are also some weaknesses and shortcomings with this technology or form factor. For example, the performance of the battery pack in low temperature. This is going to significantly affect the user experience, especially during the winter. If we can solve the performance bottleneck under low temperature, I believe it should be the right timing and the right choice for us to use LFP battery pack and form factor.

Nio has begun the process of choosing the city for the Nio Day 2021 event, it was reported in the Chinese media this month. The next Nio Day event is expected between 1 December 2021 and 15 January 2022, where the company may announce details related to the battery and other aspects of its smaller offering.

Nio is ambitious about making itself a global brand, as per yet another report from CnEVPost. At an event in Beijing in December 2020, Bin Li had said that in the next ten years, the company hopes to achieve not only market success in China, but also establish itself in the smart EV segment globally. The company is starting European operations in September 2021 with the ES8 SUV, to be followed by the ET7 in 2022.

On the Nio ET7

Featured image: Patent of the ET7 via CNIPA 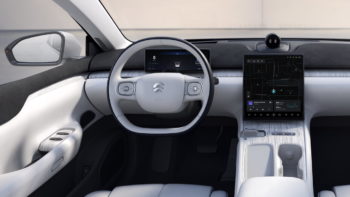 Update – Nio has received a type approval certificate for the Nio ES8 in Europe, but it is facing an issue in Norway. Details inside the story. 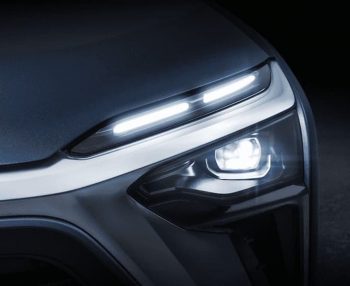 Update: Nio Day 2021 date and other details added in a dedicated section. 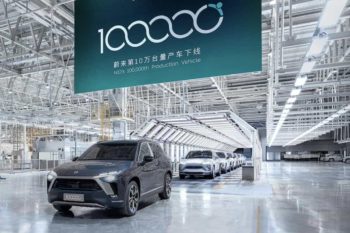