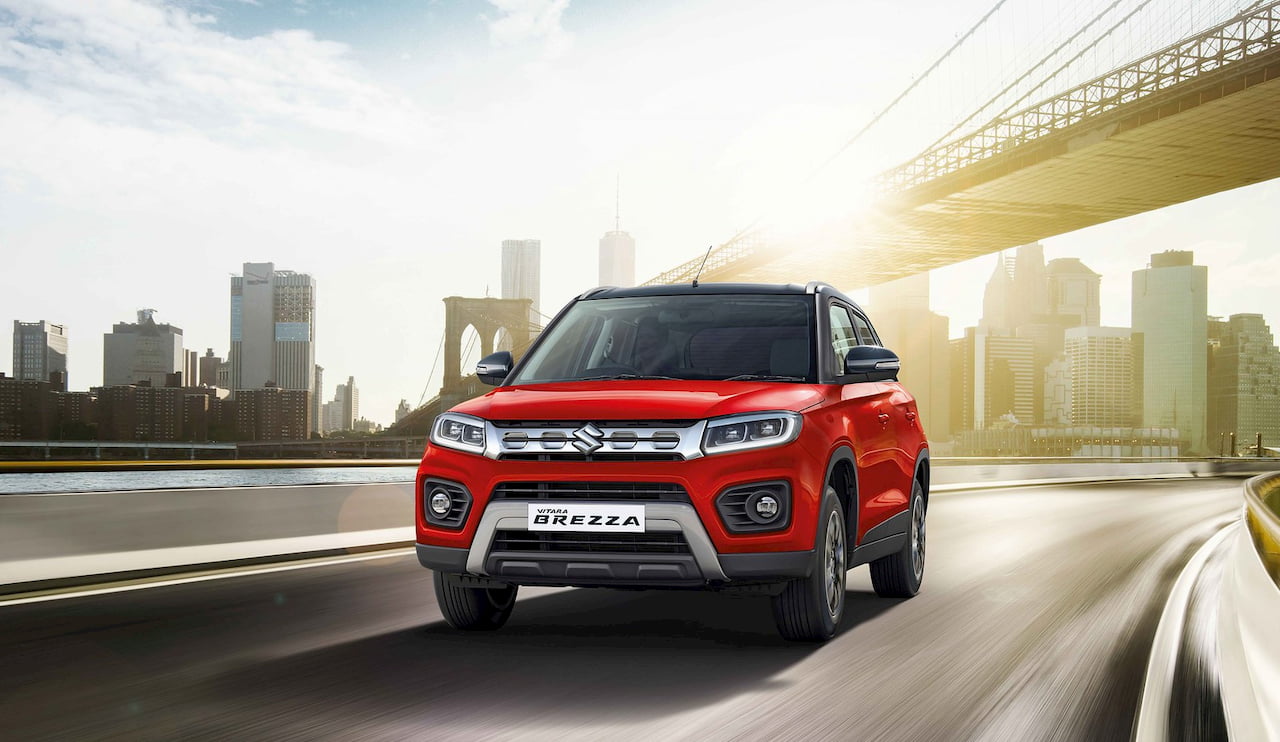 The Maruti Vitara Brezza debuted at the Auto Expo in February 2016 and is the best-selling SUV in India. Since the market launch in March 2016, Maruti Suzuki has sold more than 5.5 lakh units. It may not have an extended lifecycle given the intensifying competition in the sub-4m segment. Every auto manufacturer in India has built a presence in the sub-4m SUV/Crossover segment right from an enriched hatchback (WR-V and Freestyle) to a proper ladder-frame model (TUV300). Players such as Skoda, MG, and Citroen are eyeing launches here in the coming years.

Given the Maruti Vitara Brezza’s significance in the line-up, the company should leave no stone unturned when it renews it for MY2022. We expect a tougher design, next-gen infotainment system, digital instrument cluster, a myriad of connected car technologies, advanced safety features in an ADAS package, new comfort features and wireless phone charging. Also likely for the 2022 Maruti Vitara Brezza is a more advanced electrified powertrain.

The 2022 Maruti Vitara Brezza could receive Suzuki’s new mild-hybrid system that is available in the Suzuki Vitara, Suzuki Swift Sport and Suzuki S-Cross in Europe. Maruti vehicles employ a 12-volt mild-hybrid system, while the next-gen model could employ the 48-volt unit that would allow a new electric motor idling function, enabled when the clutch is disengaged and the engine speed is low.

Effectively, the new mild-hybrid system would reduce fuel consumption under low-speed and stationary conditions as the ISG would control the engine momentum. The successor to the 12V system is more powerful and offers additional torque up to 235 Nm from 2,000 rpm, drastically improving low-end performance. Maruti cars would get more fuel efficient and fun to drive in the city with the 48V SHVS system.

Autocar hints the same in its report. “Maruti is expected to use a larger battery and a more powerful electric motor, and these should give it greater fuel savings,” it says referring to the incoming Brezza’s powertrain.

The engine should be the same K15B 1.5-litre naturally aspirated petrol unit available with 5-speed MT and 4-speed AT options, as there is no need for turbocharging. Maruti Suzuki is looking at bringing back the indigenously developed E15A 1.5-litre diesel engine to the market in the BS6 era next year and the next-gen Vitara Brezza is likely to be one of select models getting its BS6 version. If that happens, the Vitara Brezza could become a stronger contender in its segment, although Kia’s Sonet is on a bull run and may keep it on its toes now.

At Auto Expo 2020, Maruti Suzuki launched the ‘Mission Green Million’ with a target of selling 1 million more eco-friendly cars on the roads. More advanced hybrid powertrains and all-electric powertrains are pivotal to this mission in the next couple of years. The company is also working on a strong hybrid powertrain with pure electric drive mode, that could debut in the next-gen Maruti Ciaz squarely targeting the 2021 Honda City Hybrid.

The company would source the battery for its hybrid cars from TDSG, India’s first Lithium-ion Battery manufacturing plant set up jointly between Toshiba Corporation, Denso Corporation and Suzuki Motor Corporation in Gujarat. It is to begin mass production this year. The new CAFE II norms that get activated in 2022 and the RDE regulation following in 2023 would require Maruti Suzuki to electrify its bigger vehicles.