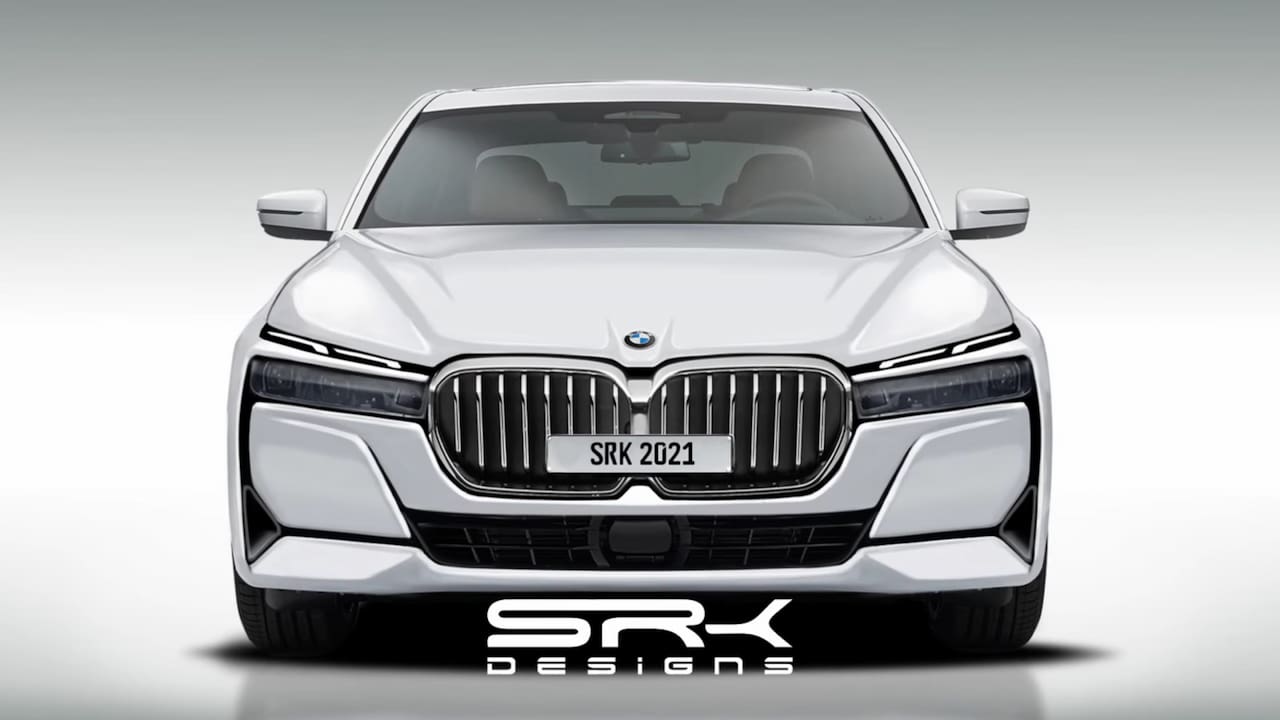 Despite thick camouflaging, test prototypes imply that the 2022 BMW 7 Series has a regal look. SRK Designs has created a speculative rendering using inputs from spy media, and it presents the newly interpreted BMW signature visuals, the BMW kidney grille, and the twin headlights.

The lamps are reminiscent of the BMW iX, which are the slimmest units BMW has used on a series-production model. The joint kidney grille is shorter, as customers have heavily criticized the outgoing model’s unusually tall piece. The V-shape forming on the lower bumper and the outer ends have a horizontal look for a poised appearance.

The highlight of the new front-end is the C-shape of the bodywork, the upper portion of which neatly slices the headlamps into two parts. The daytime running lights are two-dimensional strips along the upper edge of these split headlamps, and they double as the turn indicators. The design of the DRLs also comes from the iX.

Road-testing of the next-gen BMW 7 Series is progressing ahead of the planned release in 2022. In May 2021, ElectricVehicleWeb reader Sebastian P. spotted one of its test prototypes in Germany, complete with the ‘Hybrid Test Vehicle’ mark on the bumper. The 2022 BMW 7 Series test mule Sebastian P. snapped is likely the plug-in hybrid variant expected to offer 100 km of emission-free driving range for the first time in a BMW car.

Plug-in Hybrids provide the best of both worlds – the option of an electric-only drive that is externally chargeable, and when you run out of range, the gasoline engine cuts in. However, the drawback is that the electric range provided by manufacturers is limited, and one cannot solely rely on it for all scenarios. While studies show most of the daily commute for an average person around town is barely over 20 miles, anything further, the engine switches on.

The plug-in hybrid is a bridge for drivers to electric vehicles. As more customers are acquiring an electrified car for the first time, some feel that they would first have to experience the technology and advantages to realize how much electric range they need or how frequently or where they can charge. In BMW’s case, the eDrive Zones geofencing technology is designed to automatically recognize environmental zones and switch to purely electric driving mode. The PHEV can fully utilize its consumption advantages in the city.

The BMW 330e and 530e boast the longest electric range for a BMW PHEV, delivering up to 61 km of pure EV range (WLTP). BMW is working to increase that number considerably.

Pieter Nota, Member of the Board of Management of BMW AG, in an interview with the BMW Group Press site last year, confirmed that future BMW Plug-in Hybrid models would offer up to 100 kilometers of electric range and that the company has already started working towards the goal. The highest rating for the current 7 Series is 55 km in the 740e (WLTP).

For a longer electric range, PHEVs will have to employ big battery packs, which would make a car like a 3 or 4 Series heavier and more expensive. It may not be that all upcoming BMW PHEVs deliver 100 km of pure electric range. BMW could be looking to launch the BMW 750e as a plug-in hybrid model powered by a 3.0-liter V6 engine and an electric motor to produce a combined output of over 500 hp. Since we expect it to have the biggest battery pack for a BMW hybrid car, it could essentially offer (for the first time) 100 km of EV range before smaller models acquire this trait. It doesn’t break new ground as rival Mercedes offers 100 km in the new generation S-Class PHEV.

As part of the summer 2021 revisions for the BMW line-up, BMW Group announced new measures to distinguish plug-in hybrids from the non-electrified BMWs. The announcement stated that the 3 Series PHEV, 5 Series PHEV, 7 Series PHEV, and X5 PHEV would feature new design accents from July 2021.

The brand emblems on the bonnet, the tailgate, wheel hubs, and steering wheel of the refreshed PHEVs feature a BMW i Blue surround starting this month. Moreover, the updated plug-in hybrid models have new lettering on the tailgate and the opposite front sidewall to indicate that the car is “electrified by i.” The next-gen 7 Series plug-in hybrid will likely feature these tell-tale PHEV signs to stand out from the conventional version.

According to a report from BMW Blog, the 2022 BMW 7 Series G70 will enter production in July 2022. Customer deliveries in the first markets will likely begin in the fall of 2022.

BimmerToday.de has reported that we will get a preview of the next-gen 7 Series this year with teasers, but the debut will not unfold at the 2021 Munich Motor Show (IAA 2021, 6-12 September 2021). However, the show will witness the unveiling of the BMW Neue Klasse concept, the production version of which is due in 2025. IAA is taking place for the first time at BMW Group’s home, and so, the company will leave no stone unturned in making the biggest headlines at the show.

BMW Group may unveil the 2022 BMW 7 Series at one of the Chinese auto shows next year, as China is one of the biggest markets for the 7er worldwide. In fact, that explains why the company held the world premiere of the sixth-gen 7 Series LCI (facelift) in Shanghai in 2019.

BMW Group company has confirmed that a BMW 7 Series electric is in the pipeline. Oliver Zipse, Chairman of the Board of Management of BMW Group, said at the (group) company’s annual press conference this year that the BMW Group line-up will include 13 pure electric models by 2023. The company plans to havea total of 25 electrified models at the dealerships by then. It wants to offer at least one EV in around 90% of its current market segments by 2023.

By 2030, the company to increase the share of EVs in its global sales to at least 50%. It expects to put some ten million EVs on the road over the next ten years or so. 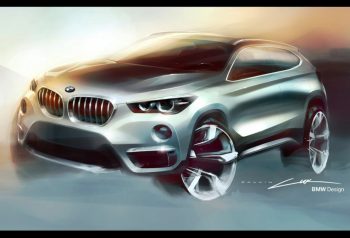