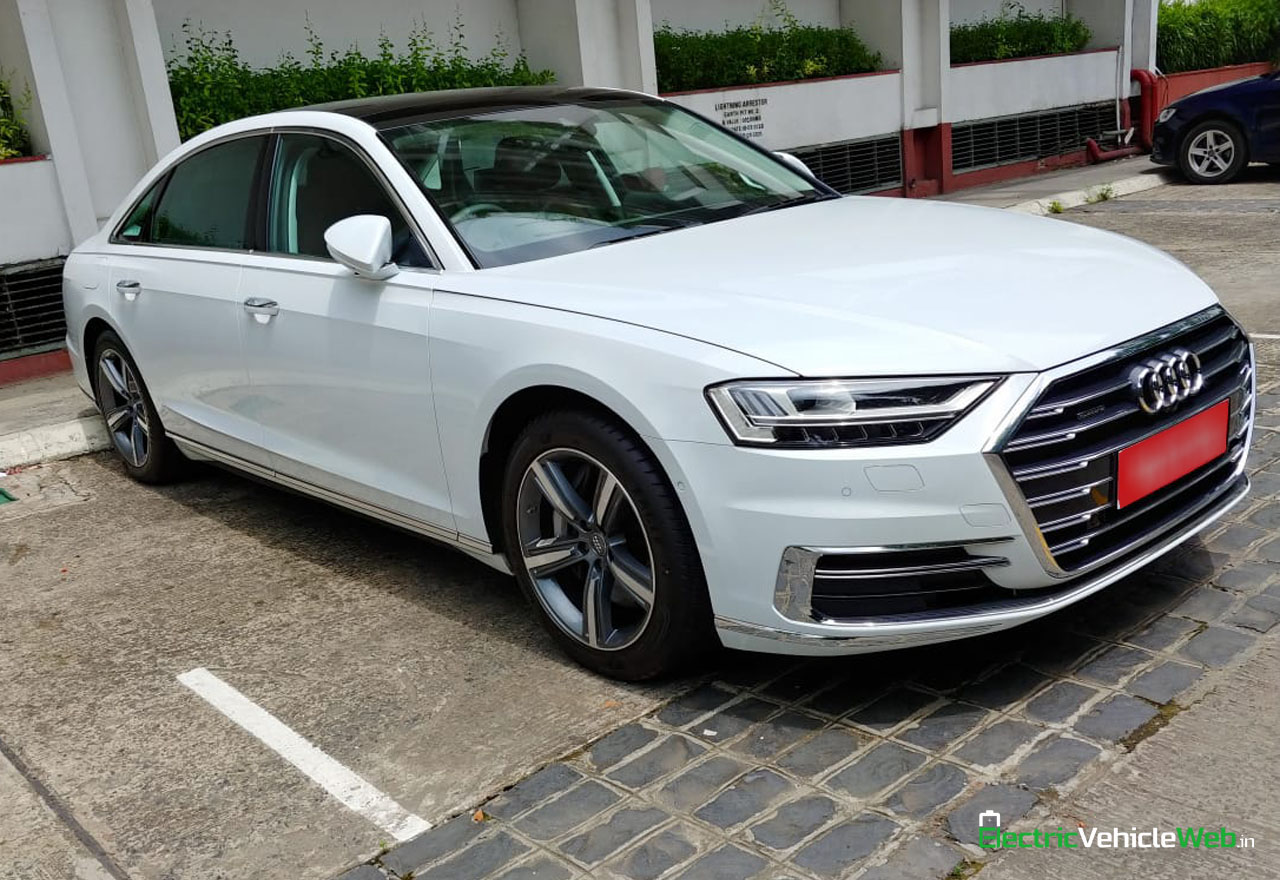 Here are photographs of a demo unit of the new Audi A8 that was launched in India at the VW Group Media Night on February 3.

The V6 petrol engine is equipped with a 48V mild-hybrid system that can coast at speeds between 55 and 160 km/h with the engine shut-off and zero emissions travel is possible on the new A8 for up to 40 seconds. As a result of the mild-hybrid tech, fuel consumption is down by 0.7 liters/100 kilometres. The car features an 8-speed tiptronic gearbox with lock-up clutch while Quattro all-wheel drive with self-locking differential is standard.

Audi India’s Head suggests that the Audi e-tron would be the first of many Audi electric vehicles to come to India.