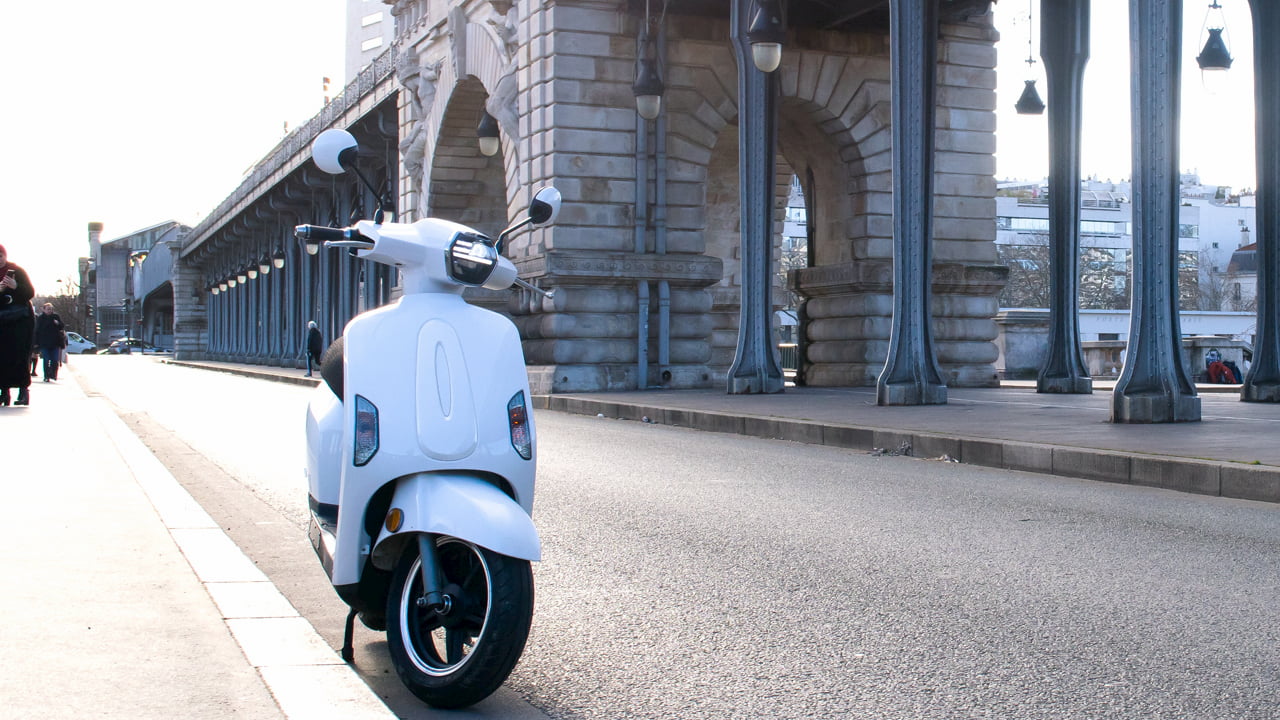 One of the pressing issues regarding the long-term ownership of electric vehicles is the degradation of batteries. Once batteries get degraded, they are usually disposed of. French company Mob-ion believes that increasing the life of the product can reduce waste disposal and inculcate sustainability. Using the same motto, the Mob-ion AM1 electric scooter is claimed to be programmed for sustainability.

The company started as a scooter rental company, who very soon went on to realise that most electric scooters in the market weren’t built to last. Most of them had technical and waterproofing issues, and none of them could do a plod of 1,000 km per month the company wanted. This aroused the desire to develop their own electric scooter with solid mechanics and top-reliability electronics. The body faring and a few other parts are sourced from China, the battery from Merignac, France, battery management system and electronics near Nantes, France, all of which combine to make the AM1 up to 70% of french localisation. The scooter has been given approval and now awaits the Origine France Garantie certification. The manufacturing of the scooter is said to commence in their unit in Val d’Oise, France. The company will be producing 150 units this summer for delivery in September and will aim to reach 500 by the end of October. Its goal is to sell 300-500 units this year.

The Mob-ion AM1 has a 3 kW motor that gets its juice from a 2.4 kWh Lithium-ion battery pack mounted under the seat. It has a top speed of 45 km/h and a range of 140 km. Fully charging the battery pack takes 2 hours.

The AM1 is only offered in only white colour which helps the company recycle the bodywork more easily. 240 AM1 prototypes have been tested for more than 5 million kilometres to test its durability. Mob-ion gives its customers a guarantee for 4 years or 60,000 km. If customers face a problem, Mob-ion provides them with a replacement scooter within 48 hours.

Sodium-Ion battery developed for application on the Mob-Ion scooter

To further re-iterate their vision for a sustainable future, Mob-ion has partnered up with Tiamat Energy to develop, design and manufacture ultra-fast sodium-ion charge cells. Tiamat Energy has been developing sodium-ion batteries for mobility and energy storage for a while now, and they believe sodium-ion elevates Mob-ion’s vision of sustainability.

They are currently experimenting with sodium-ion disruption technology which promises long-lasting batteries (8000 cycles) which charge ten times faster than conventional lithium-ion batteries. Once fully developed, this ultra-fast charging technology could revolutionise electric mobility for good with charging times taking just 5-10 mins. This also promises a battery life of 20+ years which is more than 4 times as that of lithium-ion batteries. Sodium-ion is also environmentally friendly as sodium is found in seawater, which is found abundantly. Mob-ion has ordered 150,000 cells from Tiamat for 2021 to produce storage racks at a total acquisition cost one of the lowest on the market.