Even before its entry into the segment, Morris Garages India confirmed that it does not plan on stopping with the ZS to achieve its EV ambitions. The company will introduce an affordable electric vehicle in the country within a few years and hopes to get the leadership position in India’s electric vehicle market segment.

“A cost-efficient EV, especially in the sub-INR 10 lakh bracket, is the next logical move. However, relevant decisions will be made at a later stage after reviewing the market demand,” he told the website, in light of the Coronavirus outbreak that reduced sales to 0 units in April.

Gupta told EVW at the Auto Expo that even current electric vehicles from the SAIC portfolio could be launched in the country. These include the Baojun E200 and the Baojun E300 electric cars, the later being the group’s latest and most advanced electric car that goes on sale in China in a few days. MG could either bring down a right-hand drive version of an electric car or design a new top hat on a platform taking all Indian considerations to achieve an aggressive price.

The company started its EV journey in India assembling the ZS EV last year which was launched in India in early 2020 receiving over 2400 bookings from the limited cities it was released in. It has partnered with Fortum to install 50 KW CCS/CHAdeMO DC fast Public Charging Stations for Electric Vehicles across MG’s showrooms in Delhi NCR, Hyderabad, Mumbai, Bengaluru and Ahmedabad. It has joined hands with Delta Electronics India to install AC chargers in private vehicle parking locations such as homes and offices, enabling its customers to charge EVs at their convenience.

Parent company SAIC has a wide range of electric vehicles on sale in China from the shoe-size Baojun E100 to cars, SUVs and vans from Roewe, MG and LDV brands, some of which were presented at the Auto Expo. However we believe the affordable vehicle the company has in mind for India would be picked from the next generation family with rear doors, a must-have feature for a vehicle to succeed in India.

The Baojun E100 was spotted testing around the MG manufacturing plant in Gujarat to gather data. MG had also displayed the pure electric Roewe eRX5 at the MOVE Summit in New Delhi in 2018, and also presented the MG E200 at the Auto Expo which it said was in consideration for the Indian market. 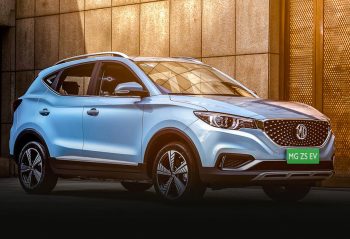 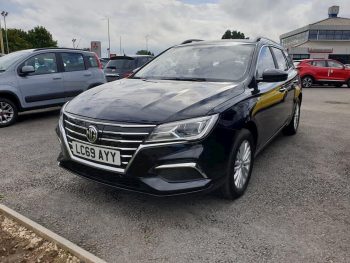 The first real-life pictures of the MG 5 EV have popped up online ahead of its Q4 2020 launch in the UK. The prices of the MG 5 electric estate are also out. 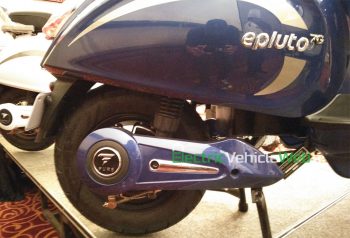 The Delhi Electric Vehicle Policy, 2020 that was announced on 23 December 2019 has been approved and been notified with immediate effect.