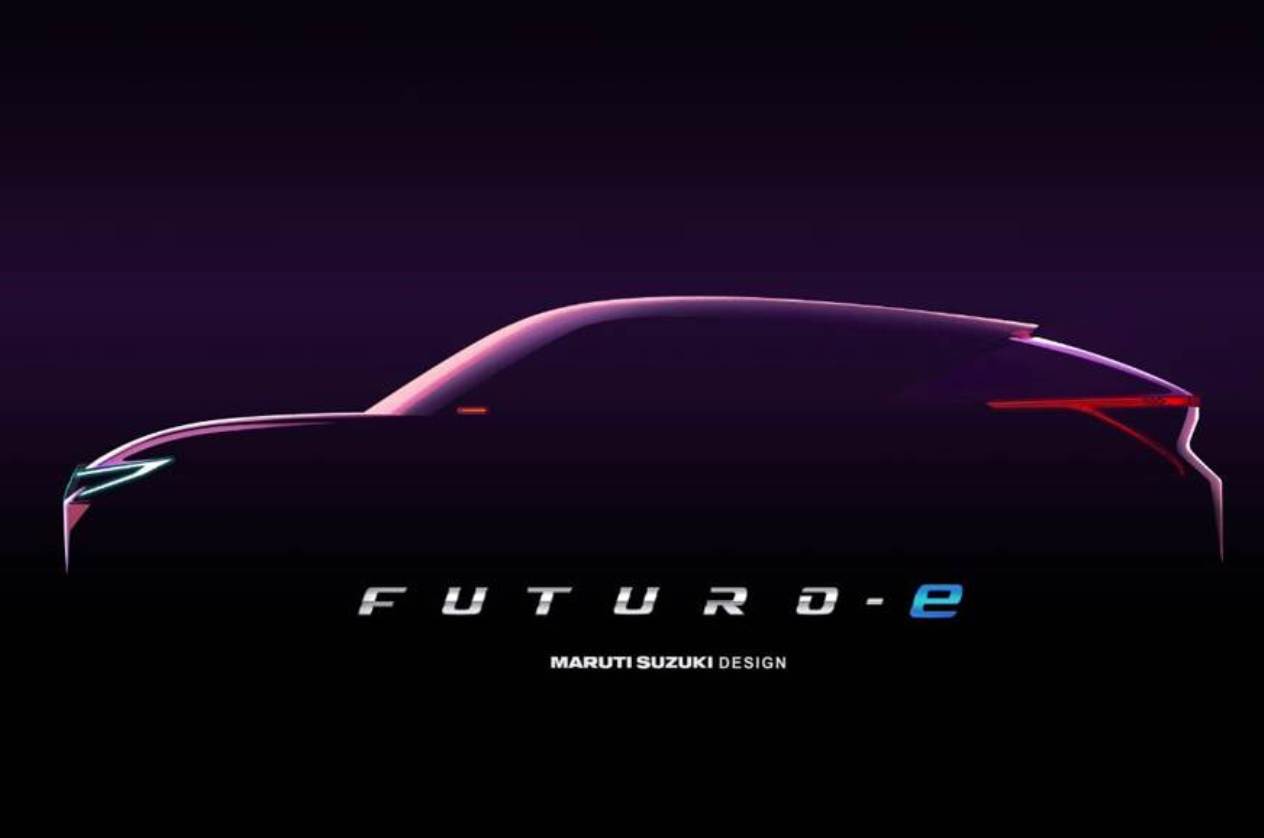 Maruti Suzuki has teased the Futuro-e electric SUV ahead of the world premiere at the Auto Expo 2020 that opens 5 February. We first came to know about the Futuro-e when Maruti Suzuki filed a trademark under this name last year. While there was speculation that the Futuro-e could preview an electric crossover based on the Wagon R, the sketch has now revealed that it is going to be a bigger coupe-styled electric SUV for the C-Segment that should spawn a production vehicle to compete with the Hyundai Creta and Kia Seltos.

The design of Futuro-e marks Maruti Suzuki’s first attempt at the coupe-SUV segment which was pioneered by BMW with the X6 in 2008. The roofline slopes towards the rear forming a strong coupe-like design and angled rear hatch. Maruti Suzuki has broken the mold of the traditional SUV design to come out with something that has global sensibilities.

The design of Concept FUTURO-e is a fascinating fusion of a coupé with a SUV. It is a significant departure from the mainstream SUV architecture and is expected to raise the design bar of Utility Vehicles in India.

Maruti Suzuki is likely to build an electric version of Futuro-e while a petrol version and hybrid variant will launch first. The company is planning to introduce a new hybrid system in India, which is slated to be launched globally in Suzuki’s models from March 2020. The new 48V hybrid system offer up to 20 per cent lower CO2 emissions, better torque and 15 per cent overall improvement. The 48V hybrid system just adds 15 kg to the overall weight of the vehicle and will be offered with models like Swift Sport, Vitara and S-Cross and the initial Futuro-e variants are expected to use this system.