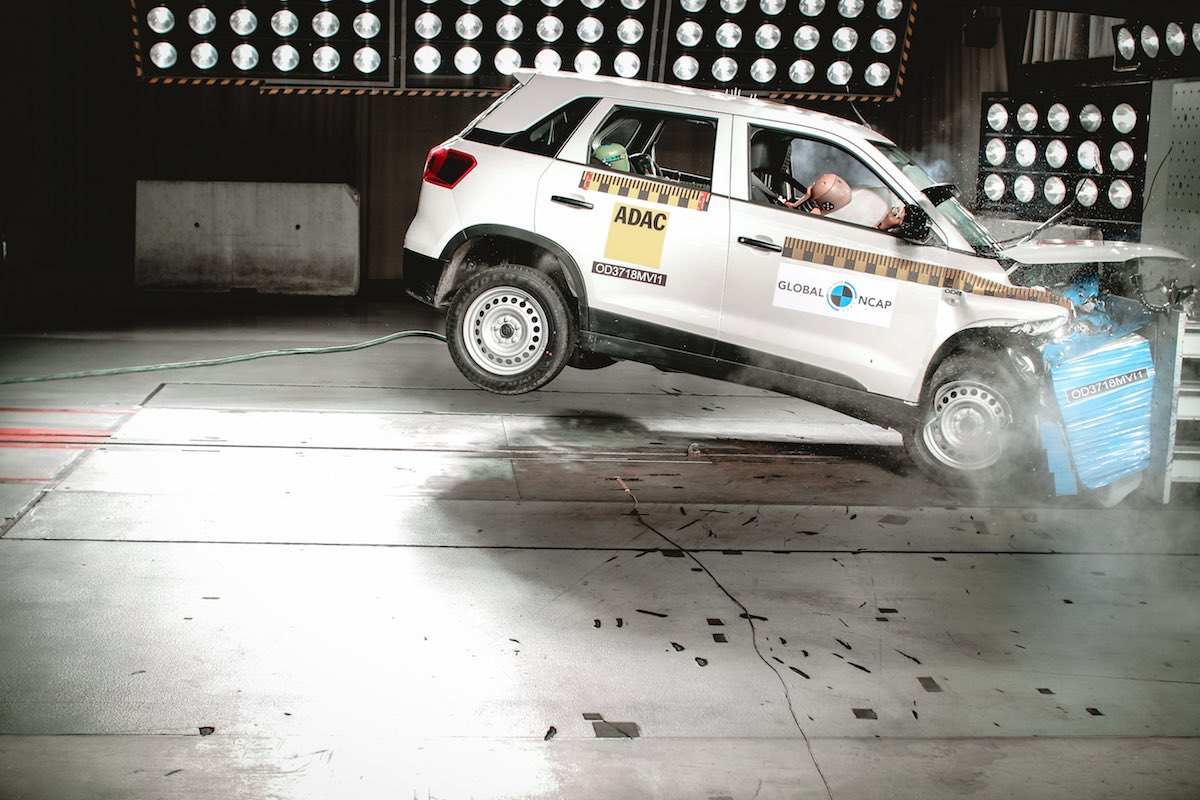 Maruti Suzuki is not looking to send vehicles* to GNCAP to get them rated. Talking to EVW soon after the unveil of the Futuro-e, CV Raman, Senior Executive Director – Engineering of Maruti Suzuki, when asked if the company like many competitors (the most recent example is the Tata Altroz) would give vehicles to GNCAP (chosen by GNCAP) to get them certified, said:

EVW: Some (Indian) manufacturers are choosing to send their vehicles and get GNCAP ratings. Is Maruti planning to send any of its models to GNCAP and when is India going to see its first 5-star GNCAP Maruti?

The first round of crash tests were held by GNCAP in 2014 which saw cars like the Tata Nano, Maruti Alto, Hyundai i10 and Ford Figo fail spectacularly, exposing serious flaws in the safety of the monocoque. The agency, which purchased these cars independently**, rated many of the vehicles it tested as unsafe and remarked that with an unstable shell, fitting an airbag would be ineffective.

GNCAP came down heavily on Maruti Suzuki saying that India’s best-selling car, the Alto 800, failed to meet the minimum standard. It said that the vehicle structure was “inadequate and collapsed to varying degrees, resulting in high risks of life-threatening injuries to the occupants.” Both the Eeco and the Alto were awarded 0 stars out of a maximum 5.

The company’s Vitara Brezza, the best performing Maruti car tested by GNCAP, was awarded 4 stars for adult occupant protection and 2 stars for child occupant protection. GNCAP lauded Maruti in 2018 stating that cars like the Vitara Brezza and Tata Nexon “are clear evidence of the steady improvement in the Indian automotive industry and show a significant potential for much safer cars in the near future.”

Maruti’s Heartect frame models however diluted the agency’s expectation – the Ertiga tested in October 2019 scored three starts for adult occupant protection and three stars for child occupant protection. The structure was rated as a “borderline unstable performance which can and should be improved,” adding that the head and neck protection for adult occupants was good. The Swift tested a year earlier, gave a 2-star performance in both tests and so did the Wagon R.

SIAM, the apex national body that represents auto manufacturers, has accused GNCAP in the past of scaremongering by publishing results of cars which were never claimed to meet their standards. The national body that represents the auto industry was of the opinion that GNCAP is not a standards-setting agency and is a private NGO with its own benchmarks for vehicle safety.

Last month the Tata Altroz became the second vehicle tested by GNCAP to score a 5-star rating. Later in January, the XUV300 (a re-engineered Ssangyong Tivoli) became the safest Indian car tested by the agency with 5 stars for adult occupant protection and 4 stars for child occupant protection. The trend of 5-star cars will continue in 2020, given no OEM wants to be left behind and they also make for good front page and banner ads.

Since the publishing of GNCAP ratings in 2014 that led to shock and disbelief among Indian car owners, the government has taken up vehicle safety on a war footing. A series of regulatory measures have been instated starting in 2018 which include compulsory fitment of ABS and Airbag, speed warning alarm, seat belt reminder for front passengers, rear parking sensors, pedestrian safety norms, full-frontal impact, offset-frontal impact, and side-impact crash tests in cars. When BNCAP is instituted (the framework for which is ready), one can expect a similar star rating system that will give customers an independent and regional assessment of the safety of every vehicle on sale.

*EVW has used the term ‘send’ referring to the manufacturer willing to submit vehicles to GNCAP for testing. To maintain objectivity, GNCAP follows a protocol of selecting a car from the production line at the invitation of a manufacturer which is then sent to the crash test facility to complete the test.

**This is the second method adopted by GNCAP in sourcing a car for a crash test where it purchases a vehicle independently from a dealership.