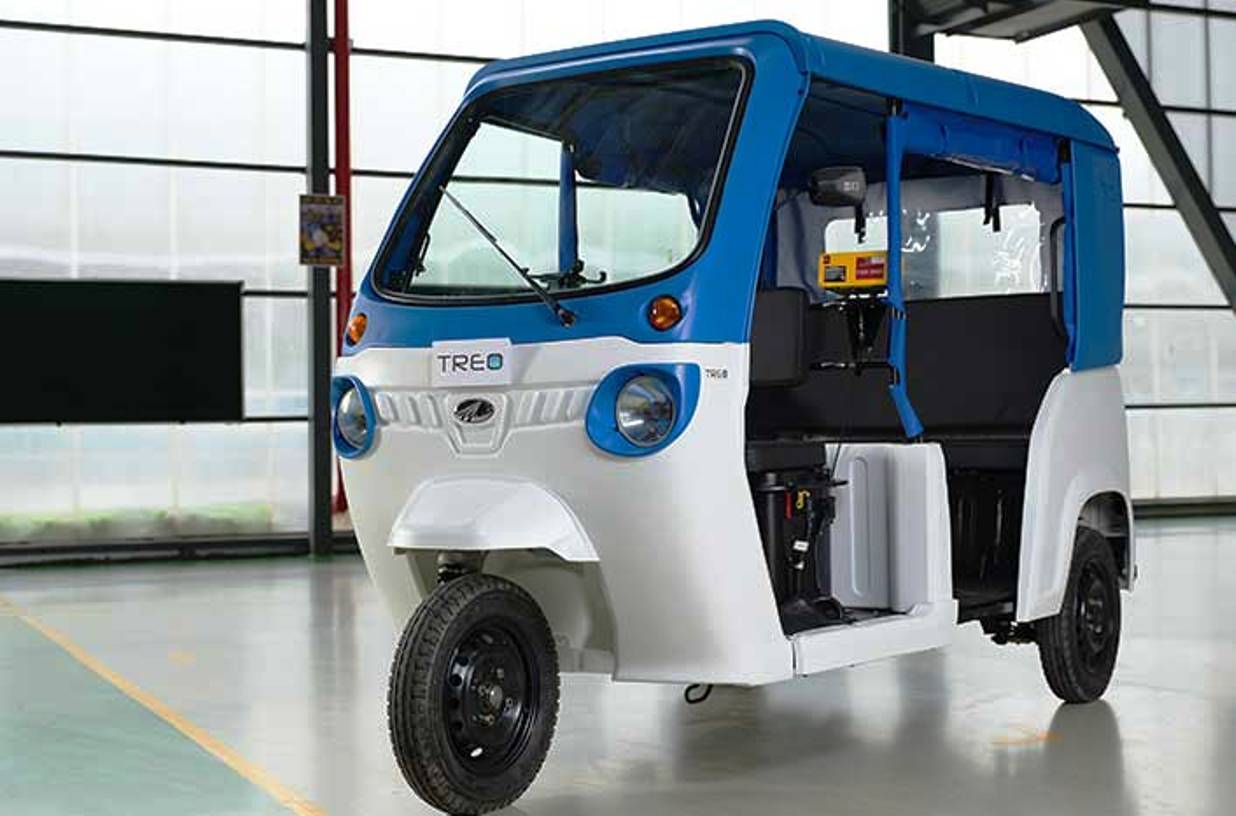 Mahindra will be launching an electric load carrier based on Treo EV this year and will likely to be showcased at the Auto Expo 2020 that opens 5 February. The first claim was confirmed by Mahesh Babu, CEO – Mahindra Electric, in conversation with Financial Express. The Treo platform currently offers the Treo D+3 seater auto and Treo Yaari D+4 seater rickshaw.

Mahindra Treo, the company’s second electric three-wheeler (following the Mahindra Bijlee in 1999), was launched in 2017 as a last-mile connectivity alternative for auto-rickshaws. Powered by a 48V 7.37 kWh battery, the Treo has a range of 170 km (ARAI-rated) and is driven by a 5.4 kW/30 Nm motor. The battery can be charged in 3 hours and 50 minutes. In its load carrier avatar, the Treo should get a higher capacity battery and motor to lug around the additional payload. Expect Mahindra to extend the Treo’s cloud-based app-controlled mobility platform to this variant, as well as its digital cluster, regenerative braking and the IP65-rated battery box.

Mahesh Babu has also said that the Treo sales have picked up in 2019 and is expected to reach 1,000 units per month soon. Treo will face stiff competition from the Ape Electrik and the Bajaj RE EV in 2020.

Recently, the partnership between Mahindra and Lithium Urban Technologies crossed a significant milestone of 1,000 Mahindra electric vehicles in the Lithium fleet. The partnership, which started in 2015, has clocked 100 million ekms, with over 500 EVs running more than 1 lakh ekms and over 75 of them clocking over 2 lakh ekms.