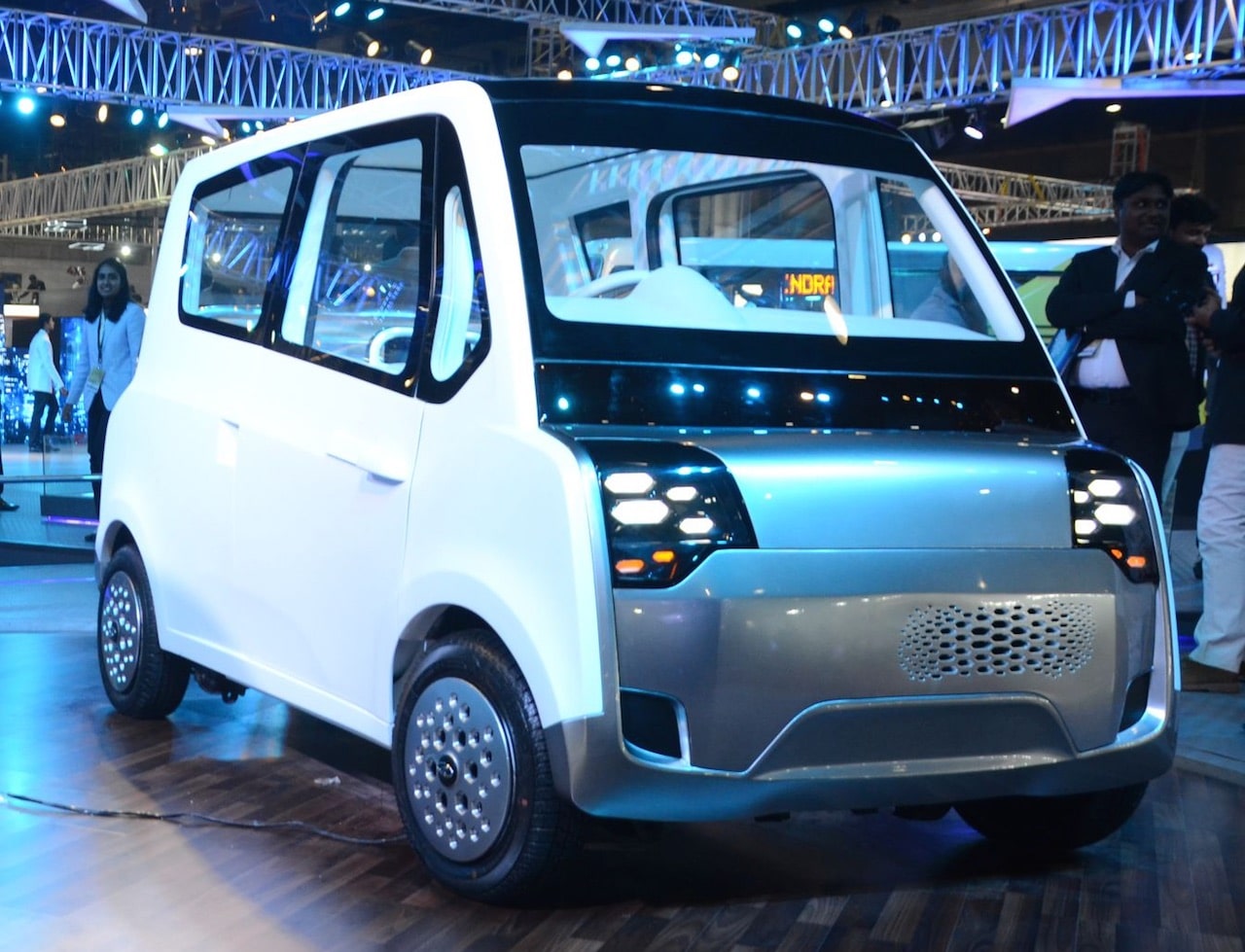 Mahindra will unveil the production version of the Atom, its electric quadricycle, at the Auto Expo 2020 before launching it in the market in Q3 2020 (October – December 2020). The Atom will join the likes of the production-spec eKUV100 and eXUV300 at the electric section of the Mahindra stall.

The Atom was showcased as a concept vehicle at the 2018 Auto Expo. It will have an output of less than 15 kW and a top speed of about 70 km/h.

During the 2018 Auto Expo, Mahindra stated:

The ATOM is powered by Mahindra’s new electric Powertrain which features batteries that can be swapped to extend the vehicle’s range, allowing it to operate uninterrupted for long hours. The ATOM is a key feature of Mahindra’s mobility vision for India, giving the country its own, indigenously-built, last-mile urban mobility solution. It is also equipped with an intelligent connectivity system, making bookings and payments seamless and easy. At the same time its smart technology allows one to seamlessly connect with multiple transport modes, keeping passengers posted on the next departing train, bus or flight and the nearest boarding points on a real-time basis, apart from a host of safety and convenience features.

The Mahindra Atom will compete with the Bajaj Qute in the quadricycle segment but the Qute is currently available only with a petrol engine. Being a quadricycle, the Atom needn’t adhere to the safety regulations of a car which needs an airbag, ABS brakes and reverse parking sensors as standard fitments to pass homologation.

The Atom will be produced at Mahindra’s Bengaluru plant for electric vehicles. The company has invested a total of Rs. 400 crores with Rs. 150 crore in developing quadricycles and Rs. 250 crore in a new assembly line at the plant. Mahindra will be investing Rs 1000 crore in EV research and development. The investment will be split equally, one half to be used at Mahindra Electric’s Bengaluru facility and the other in Mahindra’s Chakan plant to develop high-powered battery chargers, battery cells and other critical components.