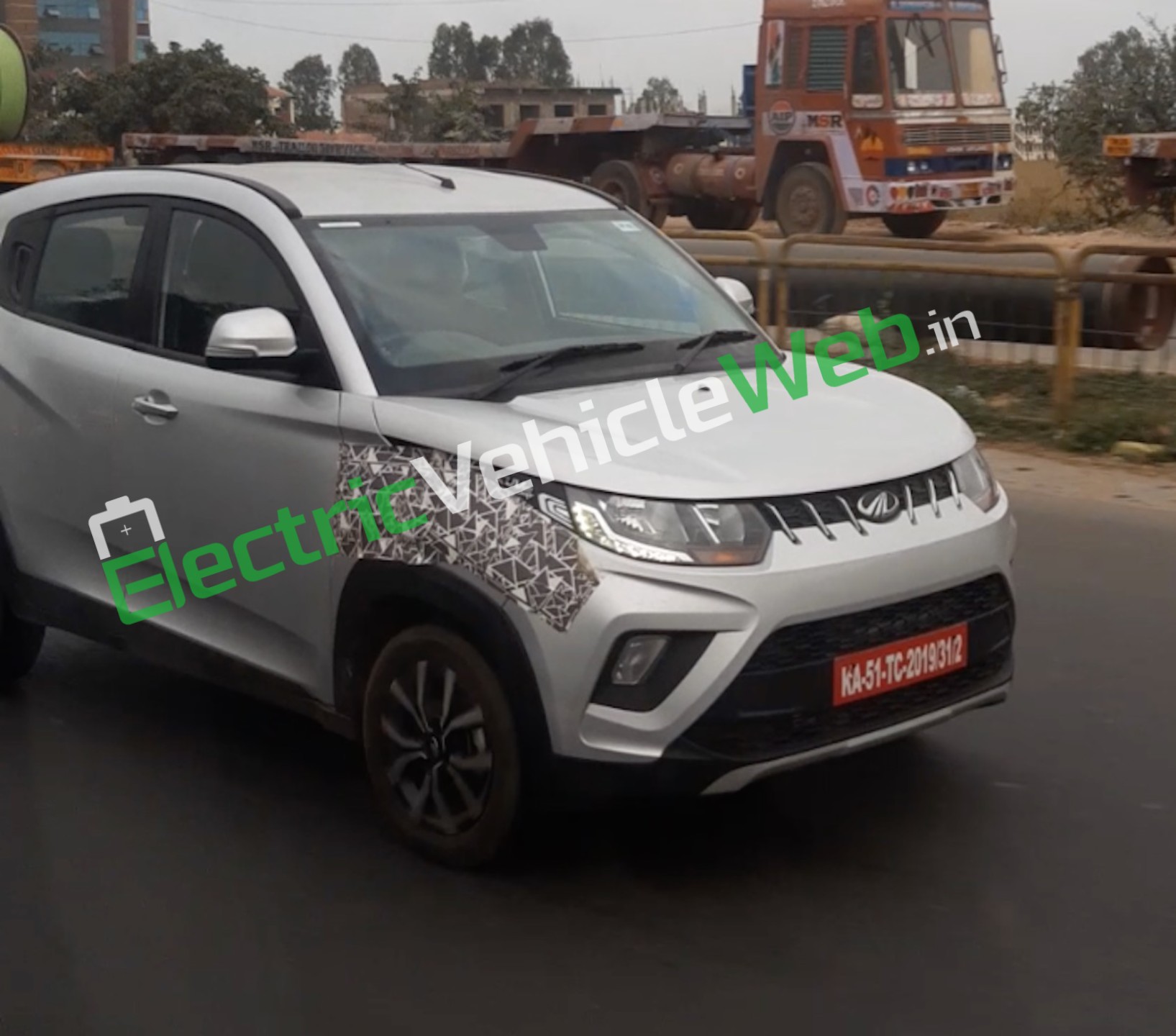 What is set to become India’s cheapest electric car, the Mahindra KUV100 EV, was caught on video by EVW reader Srinidhi in Chandapura, Hosur Road. Our reader reports that the vehicle could keep up with petrol and diesel cars doing highway speeds.

The Managing Director of Mahindra & Mahindra Ltd, Dr Pawan Goenka, has confirmed that the KUV100 Electric would be priced under INR 9 lakh undercutting India’s cheapest electric vehicles today – the Mahindra eVerito (INR 9.12 lakh) and the Tata Tigor EV (INR 9.44 lakh). The vehicle which will be unveiled at the Auto Expo 2020 (which opens 5 February) will be launched in the first quarter of the next fiscal (April – June 2020)

The eKUV100 was shown in a near-production concept form at the Auto Expo 2018. Some of the electric car’s features which should be carried forward will include smartphone connectivity, remote diagnostics, cabin pre-cooling and location tracking.

Mahindra has developed its raised hatchback since the time of the showcase, and it will take the place of the e2o Plus which was discontinued last March. The updated specifications will include a 15.9 kWh Li-Ion battery powering a 40 kW motor (53.6 hp) that develops 120 Nm of continuous torque. It would take 5.5 hours to charge the battery completely while through DC fast-charging, it would come down to an hour. The final range will be about 140 km in the real-world. Another aspect that will improve over the petrol-powered KUV100 NXT is the handling, the eKUV100 theoretically should be nicer to drive as the battery is mounted to the car’s floor that lowers the centre of gravity.

The Mahindra KUV electric would not meet the features, design appeal or the range aspirations of a personal car buyer and the company is planning to target the fleet segment (shared mobility) reserving the XUV300 EV that launches next year for the former class of customer.