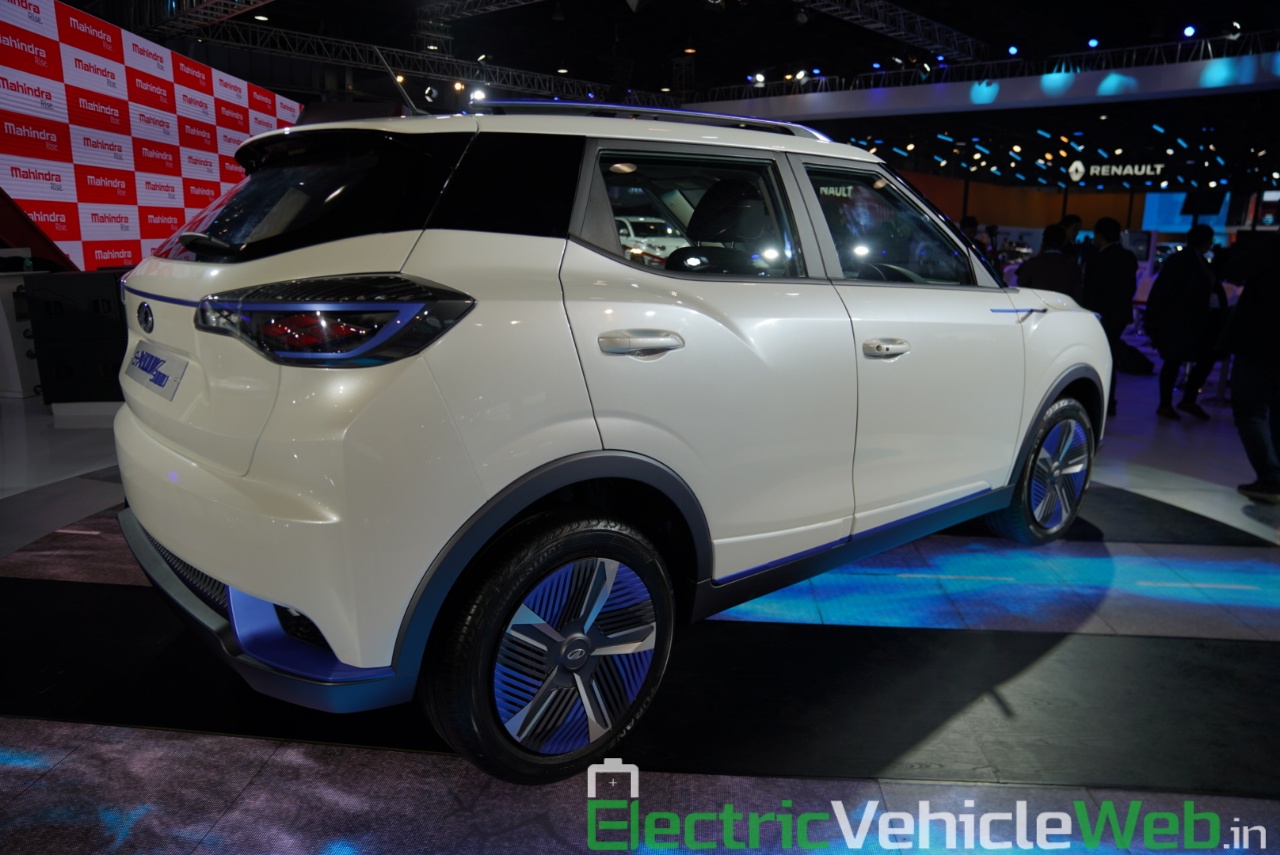 Mahindra has unveiled the near-production eXUV300 at the Auto Expo 2020 and the model is lined up for launch in the second half of 2021. The eXUV300 gets a 350V powertrain that the company dubs as ‘MESMA.’ Below is a walkaround of the electric SUV that will be looking to entice personal car buyers, with its looks, design and features, who are in the market for a petrol vehicle. The XUV300 electric will become Mahindra’s first high-voltage, high-performance SUV.

The underlying Mahindra’s MESMA platform, a modular architecture that supports efficient EV powertrains, will have the eXUV300 go up against the likes of recently the launched Tata Nexon EV.

Technical details have not been revealed apart from the fact that the eXUV300 will be available in Standard and Extended range versions. The vehicle will be launched around the second half of 2021, with the extended range version possibly competing with the likes of the MG ZS EV and the Hyundai Kona for about 60% of their price. Mahindra has announced that the eXUV300 will get a powerful motor for instant acceleration, signifying that even the standard range version would be a peppy drive. The battery cells have been developed exclusively by LG Chem in collaboration with Mahindra.

The electric SUV features a new design language that will be present in future EVs from Mahindra. Styling elements such as the rhomboidal LED headlamps, LED modules for the foglamps, vertically stacked foglamp enclosures, indented bumpers with mesh detailing and the blue-tinted alloy wheels will adapted to the production vehicle.

The interior is similar to the thermal-powered XUV300 except for the larger touchscreen display on the dash (that pops out of the centre stack), a premium gear selector, and blue hues to the seat textiles. The production vehicle will also switch to conventional side mirrors (the concept is fitted with cameras on the shoulders).