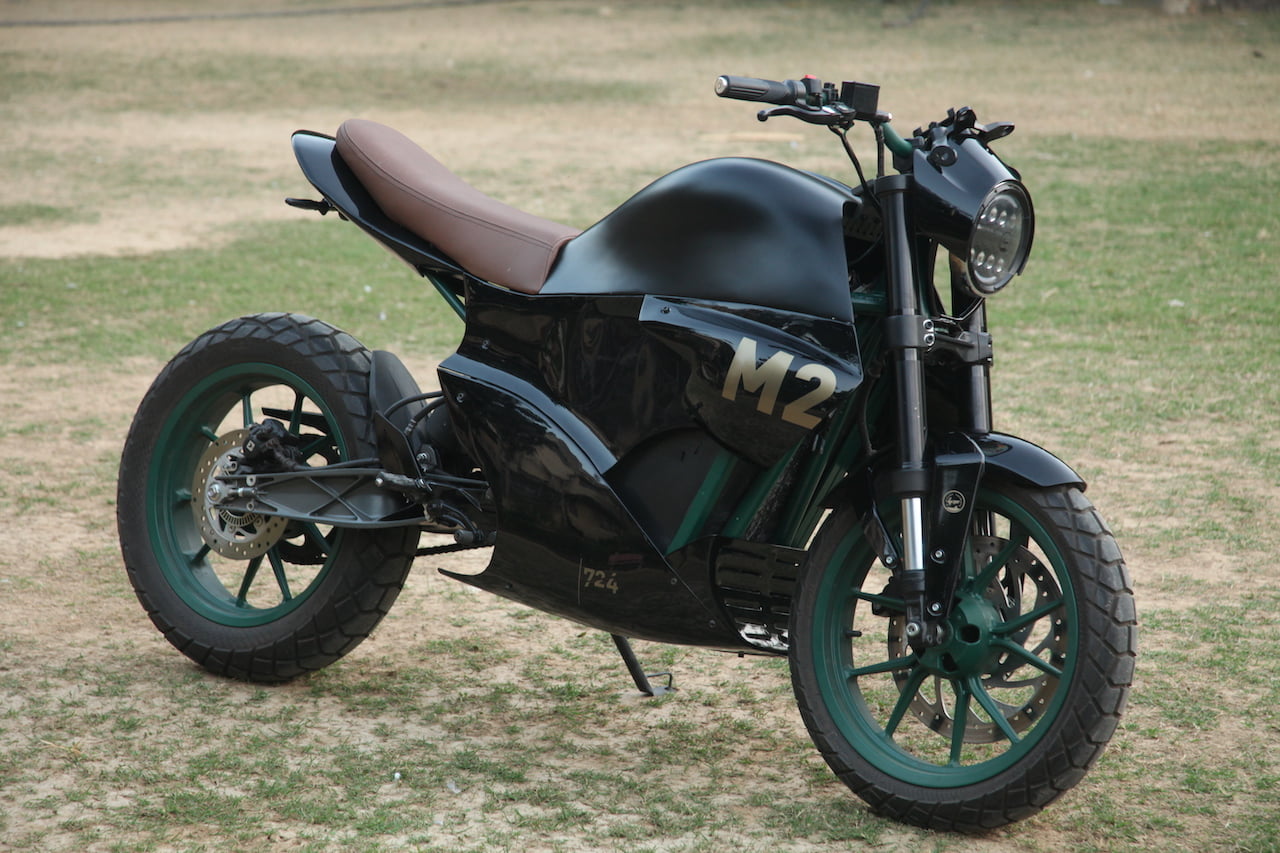 Delhi-based Vikram Mishra’s 4rge bikes has built a very interesting naked electric motorcycle called the ‘M2’, and it’s no hack-job from a home garage. Intrigued by what could be a new and aspirational electric bike available in the market in the future, ElectricVehicleWeb.in spoke to Mishra to get a thorough understanding of the project and its commercial potential.

Can you tell us a little bit about yourself and the company?

Vikram Mishra: My background is very diverse. I am into making corporate films, AVs and documentaries; I have a production house in Delhi. I’m also a sound engineer, so I work with music bands. But, I have been interested in making Jeeps and other vehicles. So, I made a Jeep a few years back, then I made a reverse trike, and then I showed this reverse trike to a senior person I know. He decided to underwrite my next project.

Me, and both my friends, who are now partners with me – Arnab who is an architect and Ganesh, an engineer, we decided to make an electric motorcycle. So, this is basically an angel investor who seeds funding. So, we started out like that.

We initially decided to use a rolling chassis, which was a mule. You know it’s a test for what we are planning to use in terms of battery-motor, configuration, how is it going to work, where is the controller going to be placed, what is the kind of output that we’re getting, etc.

Initially, we used a Royal Enfield chassis as a test bike, as a mule. After doing that, we realised that, yes, our battery-motor configuration and controller configuration are fine. Then we started doing a ground-up design. So, we designed the frame. We went ahead with a featherbed frame, we did finite element analysis, we tested the stress on software, and then we put that chassis into fabrication.

We did the entire design, the physical look of the electric bike, also on our own. We went through 15-16 designs on sketches, shortlisted four designs, further narrowed down the selections to two, and finally, we pick what you see today.

We didn’t have the budget to make a clay model and follow the traditional design process. So, what we did was that we 3D-printed a miniature model of the whole motorcycle with all the different panels that would be taken out and fitted, and then we gave it to a person who fabricated it on a metal sheet. The reason we had to go for a metal sheet was the forbidding cost of making negatives for the bike.

What are the specifications of the M2 electric bike?

Vikram Mishra: The wheelbase is 1,440 mm, and the ride height is about 830 mm. The front suspension’s travel is within the 140-150 mm range. We are using an axial flux DC motor, which was designed abroad but made in India, and a trapezoid-shaped 10 kWh Lithium-ion battery pack, also made in India. The system voltage is 72 V.

We had the battery custom-made as per our specifications. For example, we can draw up to 200 amps constant and 400 amps for about 15 seconds. The battery management system (BMS) also was done outside.

The M2 electric bike doesn’t look like a spare-time project done as a hobby. Can you tell us why you made it?

So, that was the basic design philosophy we followed. The range is 178 km, but we should be able to increase it. If we reduce the friction components, the range should go up to about 210 km easily. The top speed we have managed to achieve is 104 km/h, but the capability is about 110-114 km/h.

What is the cost of the M2 electric bike?

Vikram Mishra: We’ve spent about INR 40-45 lakh on this electric bike. The raw materials alone would cost approximately INR 13-14 lakh. When you work on a project like this, there’s a lot of wastage. We wasted three frames because when something isn’t fitting, instead of cutting, welding, and trying to fix it, we discard it and make a new one. In terms of design also, we spent a lot of time, effort, and energy to figure out the right method.

How long did the exercise take? Are you planning to do a custom-build for private customers?

Vikram Mishra: A little over one year, 14 months approximately. We are not planning to do a custom-build for anyone. The target is to raise a round of capital and file for homologation for a refined product, more refined than what we have. We want to do an inter-city vehicle, something on which you can tour for about 300-350 km and carry an additional battery pack.

We want to raise about INR 10 crore, and in the next 18-20 months, make a more refined product and send it to homologation. Then, we want to present that homologated electric bike along with the current prototype at Auto Expo 2022. However, we are running behind schedule.

Do you plan to manufacture the M2 electric bike in limited volumes?

Vikram Mishra: Yes, we want to get to a certain level and then tie-up with someone, even on a license or with someone who has the manufacturing capability. That is the long-term plan. 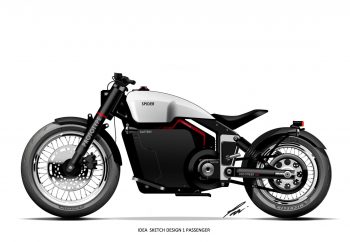