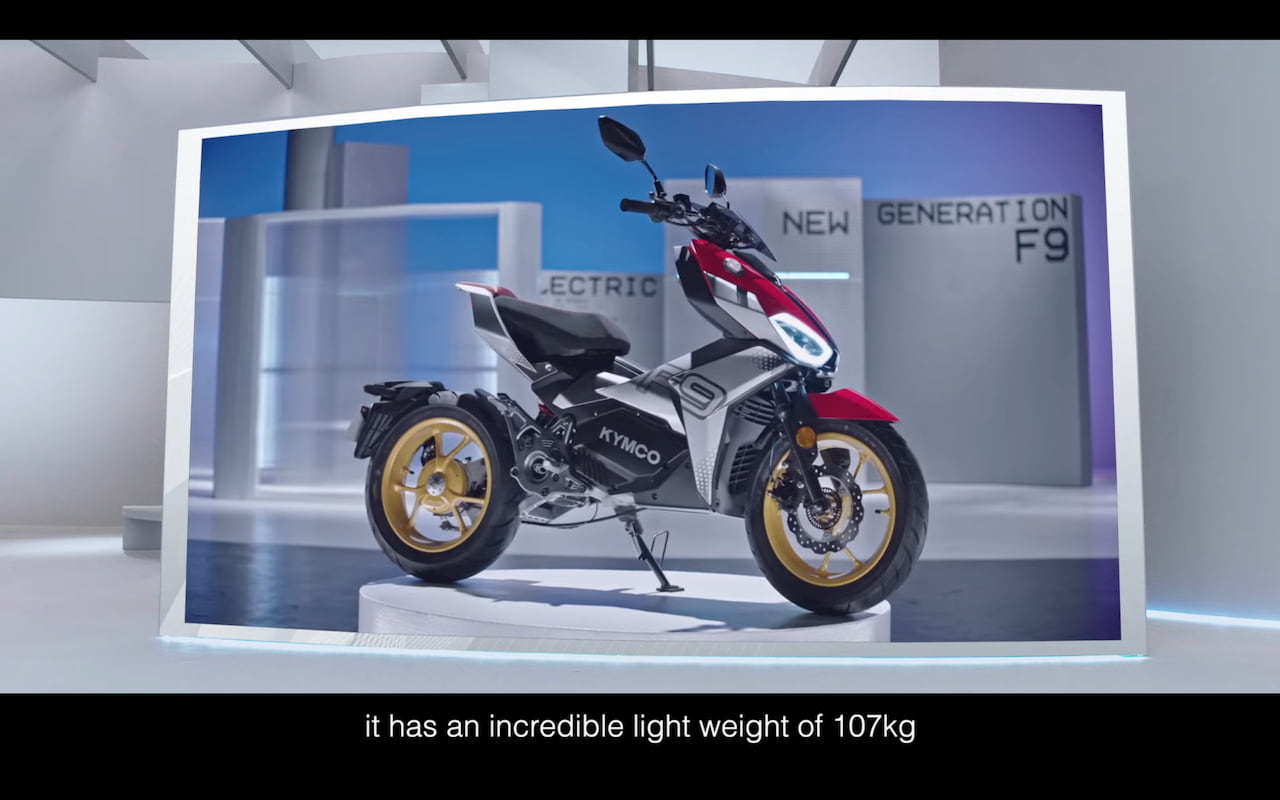 A report from autos.udn.com says that production of the KYMCO F9 electric motorcycle is allocated to China and is to begin in the second half of this year. KYMCO is a Taiwanese brand, but there is no plan to release the F9 in the home market for the moment.

KYMCO unveiled the F9 as its first electric motorcycle on 28 November 2020. Speaking to Taipei Times shortly after the launch, Allen Ko, the chairman of the KYMCO Group, said that the KYMCO F9 was designed for the Chinese market, which is rapidly transitioning to electric vehicles. Ko had said the incomes of the Chinese customers is increasing and as is the demand for high-end electric vehicles.

While there is no plan to launch the F9 in the home base of Taiwan at this time, Europe could be another market to receive the electric bike as fixed battery models are proving popular in the continent.

Electric is one of the most significant transformations of modern transportation. From consumers to businesses to government, more people are embracing electric vehicles to make our cities greener and the world a better place. However, while numerous electric motorcycles have been launched a few have been greeted with enthusiasm by the market. The challenge lies in the fact that most electric motorcycles do not excite. The mere electric powertrain as the mere differentiation has proven insufficient to significantly advance the green movement. And today KYMCO F9 is going to change that.

On the design & specification of the KYMCO F9:

KYMCO F9 is a cool urban electric motorcycle equipped with a 9.4 kW motor and designed for street sport riding. It accelerates from 0-50 km/h in 3 seconds and reaches a top speed of 110 km/h. It comes with a 96V 40 Ah battery that provides a range of 120 km under the New European Driving Cycle (NEDC). With fast-charging it takes only 2 hours to fully charge the battery.

On the transmission and riding of the KYMCO F9:

In addition, the F9 features the world’s first 2-speed automatic transmission specifically designed for electric motorcycles. It improves not only motor efficiency but also power delivery. F9 also employs a unique chassis design that integrates the battery as part of the frame structure. As a result, it has an incredible light weight of 107 kg. Combined with the 14-inch wide tires that offer high cornering grip, F9 is simply an extremely fun to ride motorcycle. At KYMCO we are committed to creating the most distinctive riding experiences for our customers. KYMCO F9 is a new generation electric motorcycle that excites the riders.

KYMCO announced a tie-up with Haryana-based Twenty Two Motors in 2018 for the Indian market. The ‘22 Kymco’ brand was launched, and the first scooters, iFlow, Like200, and X-Town 300i ABS, were slated to go on sale in 2019 between Rs 90,000 and Rs 2,30,000. The joint venture company has been dissolved, and the original launch plans of KYMCO have been shelved.

KYMCO’s chairman Allen Ko told Taipei Times that there was a division between the partners in the development goals of the Indian business, and the venture flopped. He added several companies had then approached KYMCO for establishing the Indian business and solid progress was made before the COVID-19 pandemic hit and made air travel difficult. The chairman is confident that talks with Indian partners will resume once the pandemic subsides.

Ko believes that India could be bigger than China for electric scooters and identifies the two countries as the “most important” markets for KYMCO. It is a matter of time then before the 56-year old Taiwanese company revisits plans to launch in India.