While detailing changes on the conventional variants, Hyundai Motor Company has announced that the 2021 Hyundai Kona Electric will be revealed soon. The company has also revealed information about its technical specifications. Let’s take a look at what we know about the new Kona electric car:

The 2021 Hyundai Kona has several noteworthy changes at the front. The upgraded DRL (shaped like a fishhook) and headlights (featuring three individual LED modules) and the new grille give a refreshing new look to the SUV. The ‘H’ badge has been moved to the panel above the grille, but this change would not apply to the Electric variant. Also new are the front skid plate and bumper. It goes without saying that the ‘face’ of the Kona Electric would continue being closed-off for better aero while retaining the regular version’s lights.

As you saw with the new Creta, there was a lot of changes (to the design) right? Our job is to always challenge something. At the moment customers are happy or satisfied (with the car’s design), but we’re not going to be happy! We are pursuing new challenges and adventures. With the (new) Kona you will find that everything is a surprise. In the first generation the Kona shocked and surprised the market with its unique design and we will just continue this kind of spirit.

The interior of the new Hyundai Kona has more sophistication and progressiveness. There’s new ambient light technology illuminating the cabin, new rings with an aluminium finish around the speakers and the AC vents, new, 10.25-inch fully-digital instrument cluster and a bigger, 10.25-inch touchscreen infotainment system with a split-screen function, multiple Bluetooth connections and wireless Apple CarPlay and Android Auto.

The Hyundai Kona Electric already has a 10.25-inch touchscreen infotainment system with split-screen function (shown in the video below), but it doesn’t come with multiple Bluetooth connections and the wireless Apple CarPlay and Android Auto. The 2021 Hyundai Kona Electric should pack all the latest features available including the upgraded AVN unit.

Another upgrade just for India with the mid-cycle refresh could be the availability of a colour head-up display, a feature already available in the electric SUV internationally. Lastly, a micro air filter with a new air clean mode and increased backseat support that rolled out on the South Korea spec in January may also be included in the improved Kona.

Hyundai’s big announcement next year is the Hyundai 45-based Ioniq 5 with capabilities like 450+ km range and 20-minute fast-charging to 80% capacity.

For the 2021 Kona Electric though, technical changes would be limited. Hyundai confirmed today that the new Kona Electric won’t have any differences from the old model with respect to the powertrain and range. The company manufactures the old model in two versions: standard-range and long-range, and India gets the former.

The new KONA Electric, which will carry over the powertrain and electric driving range of the current version, will be revealed soon.

The 2021 Hyundai Kona Electric will likely be unveiled in Q4 2020 (October-December 2020), and go on sale in first markets like South Korea soon after. India may have to wait until the second half of 2021 for the launch of the new model.

While the worsening exchange rate makes imports expensive, the strong push for localisation from the government is providing hope for more affordable global EVs. Perhaps the 2021 Hyundai Kona EV will have slightly more localised content to absorb the costs of the various upgrades and any possible negativities from the exchange rate. Note that Hyundai has started localising a few components of the car in India, such as interior parts and plastic parts.

While globally Hyundai has several EV product programs that include the Ioniq 5, Ioniq 6 & Ioniq 7 besides facelifts, for India the company has confirmed a brand new electric car by end of 2022. The ‘mini’ Kona under the ‘Smart EV’ project that aims for EVs to break into developing markets would sport a crossover-SUV design and launch for a price of under Rs. 1 million. 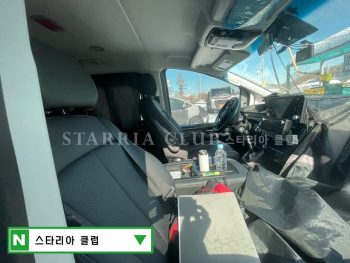 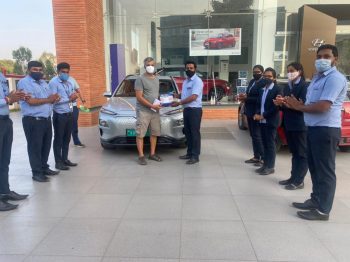 Hyundai recalled 456 units of the Kona Electric in India, and it has started delivering those units after fixing them. 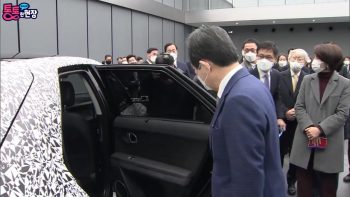 The Hyundai Ioniq 5 will be officially unveiled today. Here’s a glimpse of its interior.