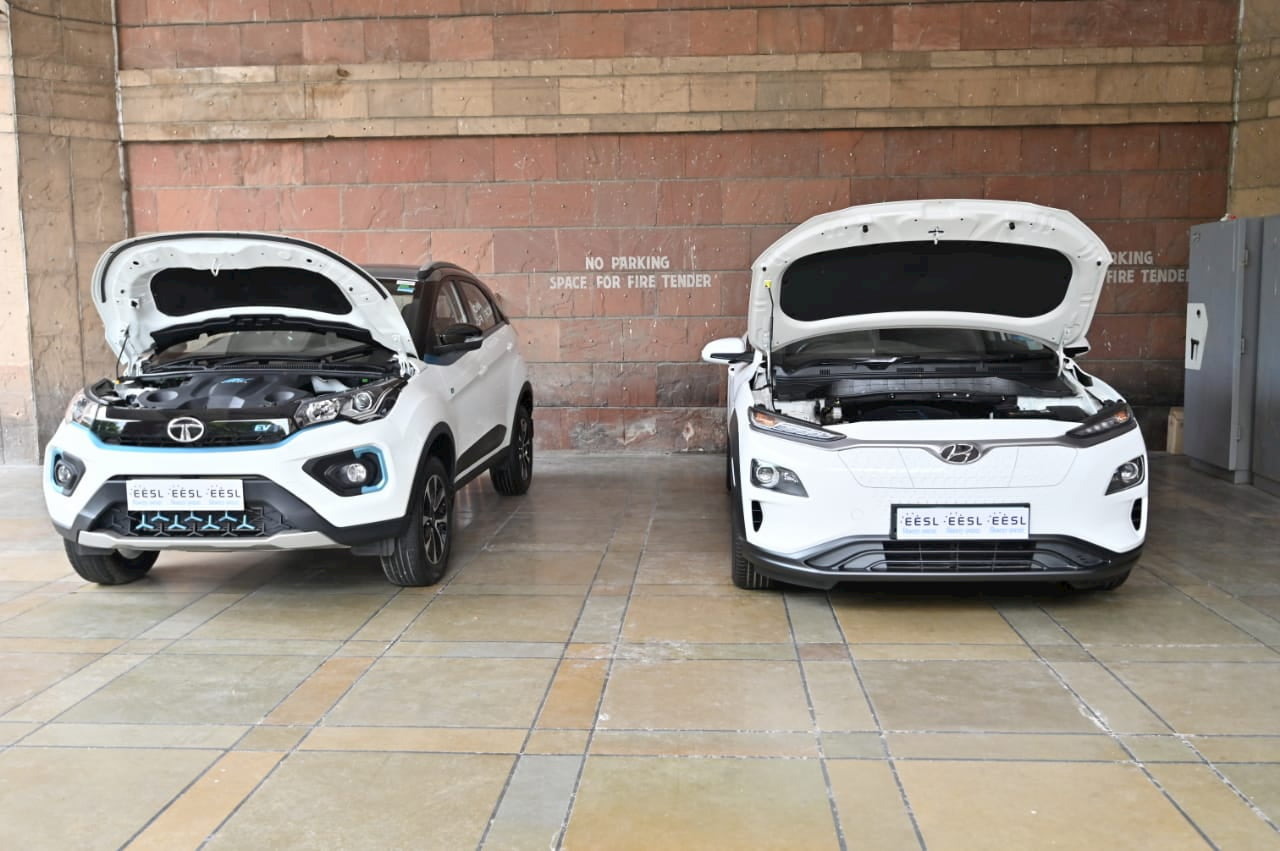 Government body EESL has ordered 100 units of the Hyundai Kona Electric and 150 units of the Tata Nexon EV. Tata Motors and Hyundai won the tender to supply these EVs to EESL for government use in an international competitive bidding process. EESL will use the Asian Development Bank’s recent US$ 5 million grant for buying these EVs. The featured image, which EESL posted on twitter.com originally, is from the delivery event.

EESL will give the new long-range EVs it is procuring from Hyundai and Tata Motors to Central and State Governments so that they can replace their petrol and diesel vehicles with more eco-friendly ones. It has already received an order of 300 units from the Agency for Non-Conventional Energy and Rural Technology (ANERT), Kerala. In fact, just last week, it delivered two Hyundai Kona Electric units to this agency on lease.

It is not every day that we see the Indian government procuring high-end imported vehicles like the Hyundai Kona Electric in such big numbers. However, that’s the only other choice EESL has apart from the Tata Nexon EV right now in the long-range EVs. Probably that’s why it’s shelling out big money to acquire the Korean electric SUV. Acquiring the MG ZS EV for government use is probably not an option at the current time.

According to a recent report from The Economic Times, EESL floated a tender to acquire 1,000 electric vehicles. The other 750 electric vehicles were going to be e-taxis, but their order has been put on hold. The source said that e-taxi operators were concerned about making any fresh investments right now, and so, EESL will wait till the demand for e-taxis resurges.

Also Read: These are the 15 upcoming electric car models in India