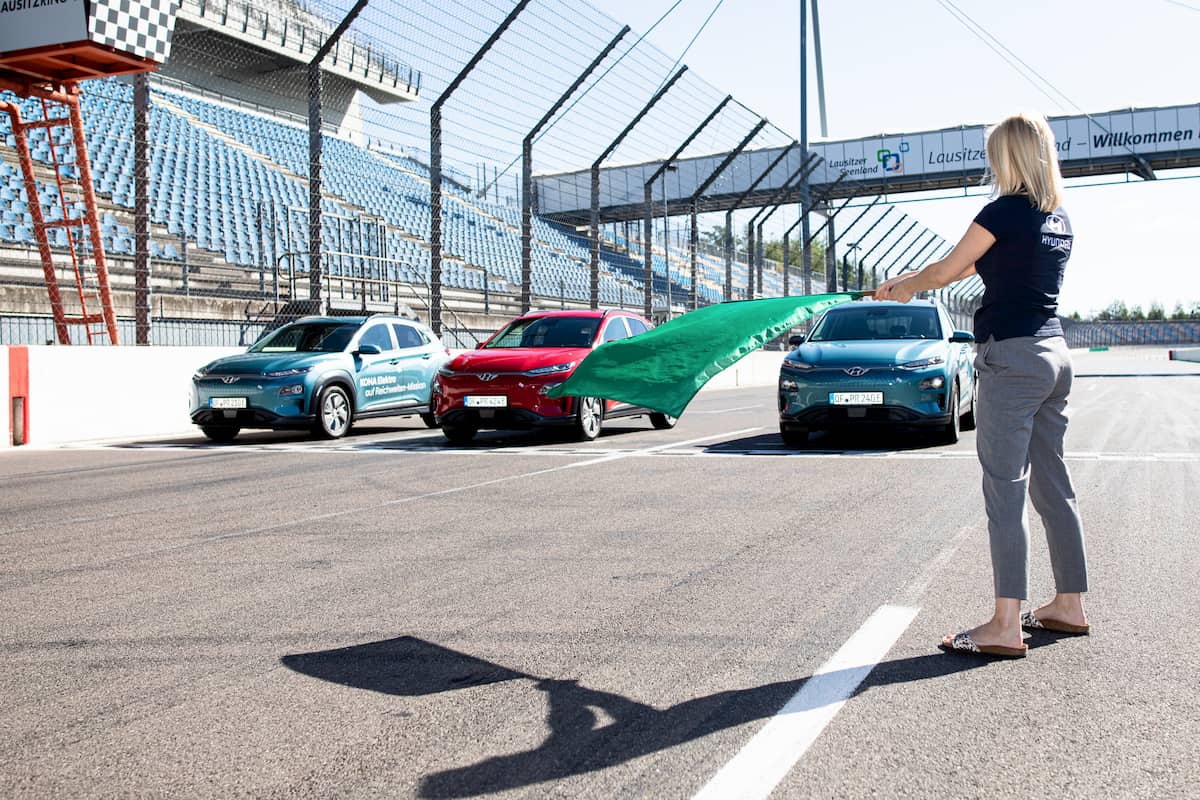 Three Hyundai Kona electric models have achieved a new record by travelling over 1000 km on a single charge, more than double the WLTP range of 484 km. The hypermiling challenge started when the three series production models, with the larger 64 kWh battery (this spec is not offered in India which gets the 39.2 kWh version) and an output of 204 PS drove into the Lausitzring racing circuit in Germany. Dekra, the expert organisation operating at the 3.2 km long banked Lausitzring since 2017, were the scrutineers and kept a record of the 36 driver changes over the course of the 35-hour feat.

The three teams (including drivers from Hyundai and Auto Bild magazine) set off on their cars switching off the air-con and the entertainment system to get the maximum range from their vehicles. Only the DRLs were switched on, complying with the EU regulation. The cars used the standard Nexen Nfera SU1 low rolling resistance tyres in the 215/55 R17 spec.

The average speed of the three teams in the 1,000+ kilometre journey stood between 29 and 31 km/h. Hyundai says this would be the real-world experience in inner-city traffic conditions and driving through residential areas.

What happens if you run out of charge in a Hyundai Kona?

Hyundai states that during the early afternoon of the third day, the EVs displayed their first warning. If the batteries’ capacity dips below eight per cent, the Hyundai Kona Electric’s on-board computer recommends the vehicle to be plugged into a power source. Suppose the capacity slips to under three per cent, the car switches to an emergency mode, with a reduction in power. Even with a three per cent residual capacity, Hyundai says the Konas managed over 20 kilometres of driving. At zero per cent, the cars drove for “several hundred metres” and stopped with a small jerk as the electric parking brake is activated for safety.

Hyundai says it has sold about 25,000 units of the Hyundai Kona electric in Europe this year making it the best-selling battery-electric SUV in the continent. It began regional production of the Kona with locally-sourced batteries in Czech Republic in March this year.

We expect to see Hyundai try beating this record next year when the refreshed 2021 Hyundai Kona is available on the market.