According to a report on AutoNews.com, Hyundai will develop an EV-only platform for small cars, especially in the supermini class which consists of the Hyundai i10 and group’s Kia Picanto currently.

Kia Europe Chief Operating Officer Emilio Herrera reportedly told the publication in January that the company was developing a new small EV platform to provide a replacement for products similar to the Picanto. It is only natural that the platform in question will be shared among Hyundai Motor Group’s brands, and interestingly, Hyundai’s EV-only Ioniq sub-brand could be a beneficiary.

The yet-to-be announced Ioniq 3, which is expected to be a crossover the size of the VW T-Cross, was touted to use the E-GMP electric platform (seen on the Ioniq 5 and Kia EV6), pared-down to reduce the cost and as a result, have some of its features deleted.

This is common practice in the industry where the VW Group has been instrumental in its MQB platform (for developed markets) and MQB-A0 for (emerging markets). Fundamental changes would be made to the MEB platform to be used by the Seat ‘Urbano’ and the VW ID.2. Similar to this, a E-GMP low-spec could be what Herrera is referring to. However, expect to see the Hyundai i10 EV and Kia Picanto EV only on their next generation models when the price of the battery is far below today’s level.

The Picanto received a mid-life facelift in 2020 in the South Korean market (where it is marketed as the Kia Morning) following its reveal in January 2017. It features a fresher design, new safety features, a bigger infotainment system and enhanced fuel efficiency. The lifecycle of the Picanto is 6-7 years, hence the Kia model would be the first to transition to the fourth generation in 2023.

The timeline for the fourth generation i10 is mid-2025, which is when a pure electric version is expected to touch down. Ashley Andrew, Hyundai Motor UK managing director, has told the media that 75% of the UK lineup has an electrified option at the moment, and it would go to 100% in 2025. He was referring to the impending electrification of Hyundai’s smaller cars which include the i10 and the i20 as this decade unfolds.

According to LMC Automotive (a market analyzer and forecaster in the auto industry), sales of electric minicars in Europe will jump to more than 50 per cent by 2026 which is currently hovering at the 15 per cent mark. At the same time, the research states that demand for minicars will halve to less than 500,000 from the 1.1 million (2019 sales figure) owing to higher cost of battery powered variants.

Come mid-decade, one can expect the fourth generation Hyundai i10 & i20 (and the Kia brand counterparts Kia Picanto & Kia Rio) to spawn battery-electric variants with a range of over 300 km/charge in the WLTP cycle at a price similar to the gasoline version. 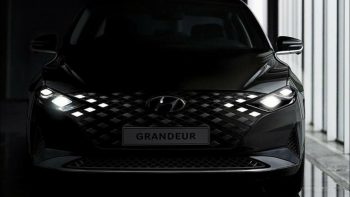