Neither the Bajaj Chetak‘s launch nor the Indian government’s pro-EV policies are factors strong enough to motivate Honda to switch to electric scooters for now. Going by what Atsushi Ogata, the MD, President & CEO of the company’s Indian two-wheeler business, has said in two recent interviews, it is our conclusion that a Honda Activa Electric is not in the pipeline.

In an interview with The Economic Times recently, Ogata indirectly ruled out the Honda Activa Electric for the time being. From the business perspective, he said that converting from petrol to electric in a short time is dangerous, as it would raise some really big hurdles for Honda’s supply chain and manufacturing facilities. This especially applies to India and other Asian countries, which play a pivotal role in the company’s two-wheeler business in bringing profits and any drastic change would lead to financial challenges.

Ogata said that electric vehicles are simply too expensive for Honda’s Indian customers. Localisation is also very expensive. Honda probably doesn’t want to launch low-volume EVs and would rather wait until battery prices fall further and the charging infrastructure to improve before coming out with new electric two-wheelers.

Ogata indicated that Honda may experiment electric two-wheelers with a fleet channel in India before bringing them to showrooms for private sales. He referred to the company’s contract with Japan Post back home and said that the top management in India is thinking of new business models when it comes to EVs, one of which is B2B. Recently patent drawings showed what international publications reckon as the Honda CB Electric urban bike based on its 125 cc motorcycle frame. Honda, being a leader in the 125 cc segment, had some believe that this upcoming Honda electric bike could be in the Indian product planning team’s agenda, but that is unlikely now.

Honda has a large electric two-wheeler business in China. The line-up of its joint venture companies Sundiro Honda and Wuyang-Honda together includes 21 electric two-wheelers. In January, HMSI’s YS Guleria had said that Honda would import an electric scooter from China to conduct feasibility studies, and if there was a decision made to foray into electric vehicles, it would develop its own model line.

In Japan, the company offers the PCX Electric on lease. The company has showcased it to Indian dealers in the past, but there is no plan to bring this high-end electric maxi-scooter to Indian showrooms.

Ogata also said that electric vehicles are costlier than petrol-powered motorcycles. He indicated that the company may replicate the strategy it is trying to establish in Japan where the battery is detachable and easily swappable. He is of the opinion that if the infrastructure for EVs is not as good as for petrol vehicles, EVs won’t be successful. 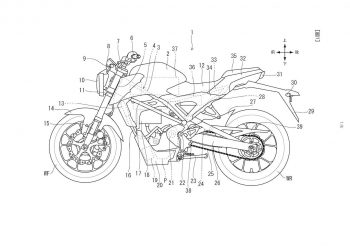