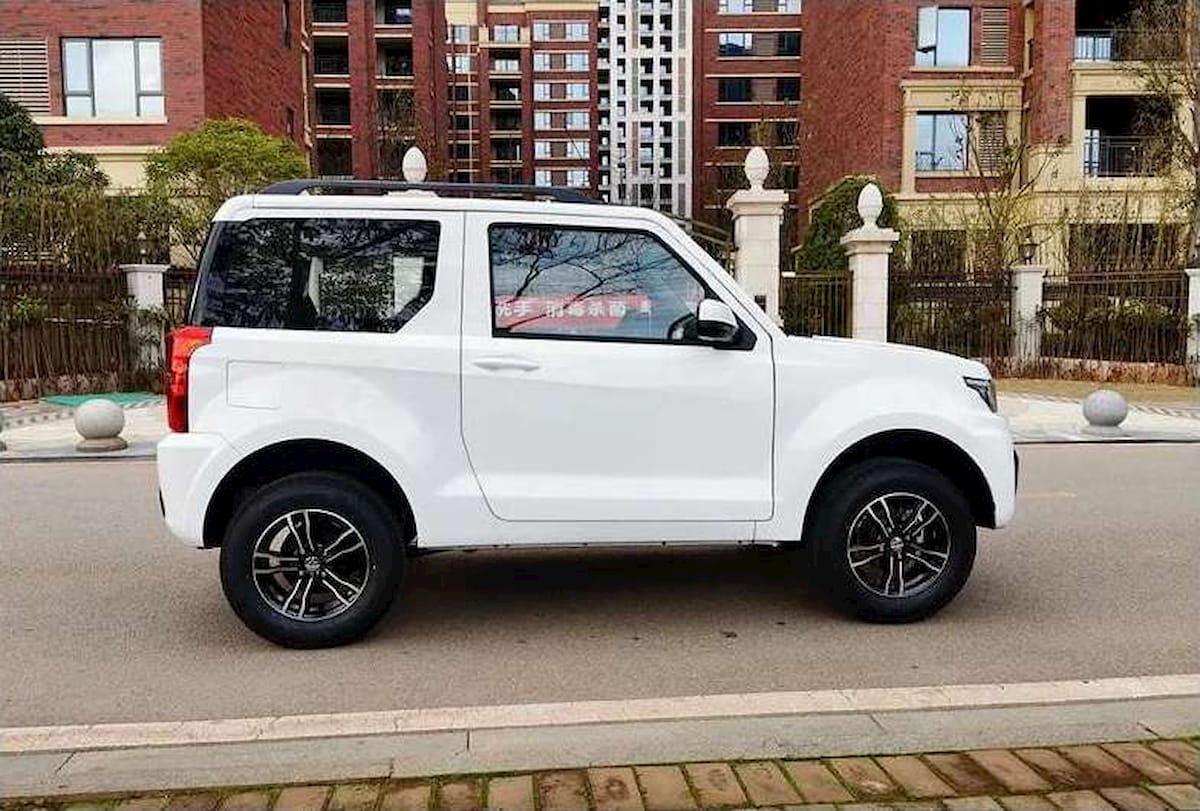 Meet the desirable Hengrun HRS1 micro SUV, featuring a design inspired by the Suzuki Jimny’s iconic boxy geometry, and powered by an electric motor. As you would have guessed, it’s a Chinese electric SUV. By now, Land Rover fans are chuckling about the similarity to the Range Rover family in the lamps of the EV.

The Hengrun HRS1 has a single motor that generates 32 kW or 44 PS of power and 140 Nm of torque. A 28 kWh battery pack is standard in the four-seat electric SUV, and it gives a range of 305 km. In this configuration, the Hengrun HRS1 can achieve a top speed of 102 km/h. The Chinese EV has a kerb weight of 1,020 kg, while the Japanese petrol off-roader with a standard four-wheel drive system tips the scale at 1,070 kg (MT)/1,090 kg (AT).

The Hengrun HRS1’s interior is nothing like that of the Suzuki Jimny. Hengrun Automobile has designed the interior to provide the vehicle the appearance of a modern car. It has equipped the EV with a fully digital instrument cluster and a large touchscreen infotainment system, although the quality looks subpar.

Hengrun Automobile mentions Ice Crystal White, Gentian Blue, Flame Red, Vibrant Orange and Emerald Green as the colour choices for the Hengrun HRS1 on its website. It hasn’t disclosed the price of the electric SUV on its website.

Jimny celebrates 50th anniversary; to launch in India next year

The Suzuki Jimny is celebrating its 50th anniversary this year and it is truly the only compact off-roader that has completed decades on the marketplace true to its original mission. The fourth generation model launched in Japan in 2018 was irresistible to India and calls for it to be launched was finally heard by Maruti Suzuki. The company showcased the car at the Auto Expo 2020, and while it hasn’t officially acknowledged the launch, media reports, citing company sources, confirm local launch plans, starting with knock-down kits that will lead to a India-special Maruti Jimny with rear doors by 2023. We expect the Jimny made in India to feature electrification that is not available globally.