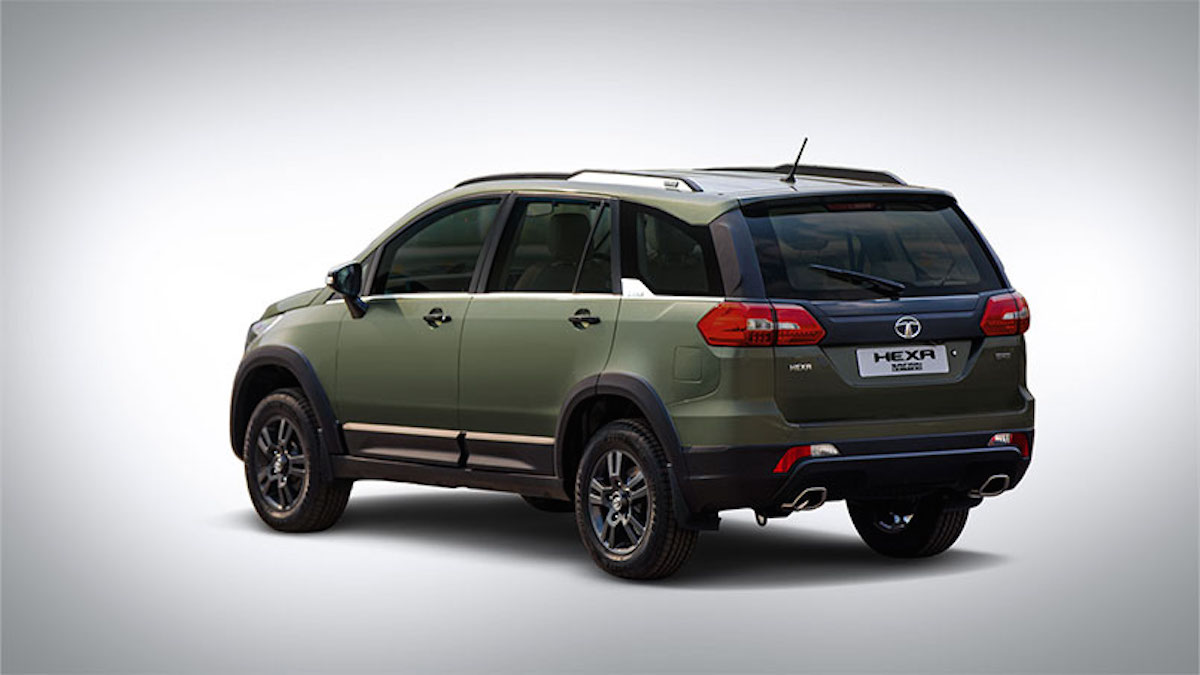 Tata Motors had many attractions at the electric vehicle corner of its Auto Expo 2020 stall such as the surprise presentation of the Sierra concept, the Indian premiere of the Altroz EV, the unveiling of India’s first large electric truck and passenger rides of the Nexon EV organized at a specially built experience zone above the Tata stall.

It wasn’t just the Sierra that was coming back, the ‘Safari’ brand which was discontinued last year is returning not as a car, but as a sub-brand on the Hexa. However this will not be the final appearance of the coveted name, as Tata Motors intends to apply it on other SUVs.

Talking to EVW at the Expo, Pratap Bose, head of design of Tata Motors, confirmed that the ‘Safari’ is not stopping with the Hexa:

“We have 3 (iconic) names in the SUV segment – Sierra, Safari and Sumo. Safari we’ve merged it with the Hexa. The Hexa or any 4X4-able vehicle will be a ‘Safari’ edition.”

Tata Motors will not be looking to do AWD configurations on the ALFA architecture mainly due to the cost and the lack of demand in the mainstream crossovers market for the extra grip and off-roading capability. However the Omega architecture opens up several possibilities on this front. The company has not given guidance on AWD editions of the Harrier and the Gravitas, but these have been expected (along with the AT variant that was launched at the Auto Expo) by the Indian media and SUV buyers alike. The Omega is a cost-down ‘D8’ Land Rover architecture that supports the Range Rover Discovery Sport (pre-facelift) and the first generation Range Rover Evoque. These vehicles, like every Land Rover product, enjoys good off-roading capacity.

The AWD or 4X4 spec typically in the sub-25 lakh segment accounts for less than 10% sales and the added weight of the system affects fuel efficiency which is a more important consideration for the Indian buyer. However there is a ‘prestige’ element that comes with top-spec variants that is priceless to the customer, and manufacturers use expensive gear like a sunroof and AWD for differentiation and justifying the price premium.

The fitment of an AWD cuts torque steer and endows the ability to handle slush and mud easily, but the difference (about Rs 100,000) is a high price to pay for features on the car that serve sparingly. The crossover-SUV is today not judged on off-road capability but the features, space, connectivity and bling factor that it offers for the price. Nevertheless Tata Motors, despite low sales, has kept AWD variants alive for purists and the emergence of the ‘weekend’ culture in India, and this is set to continue under the ‘Safari’ edition.